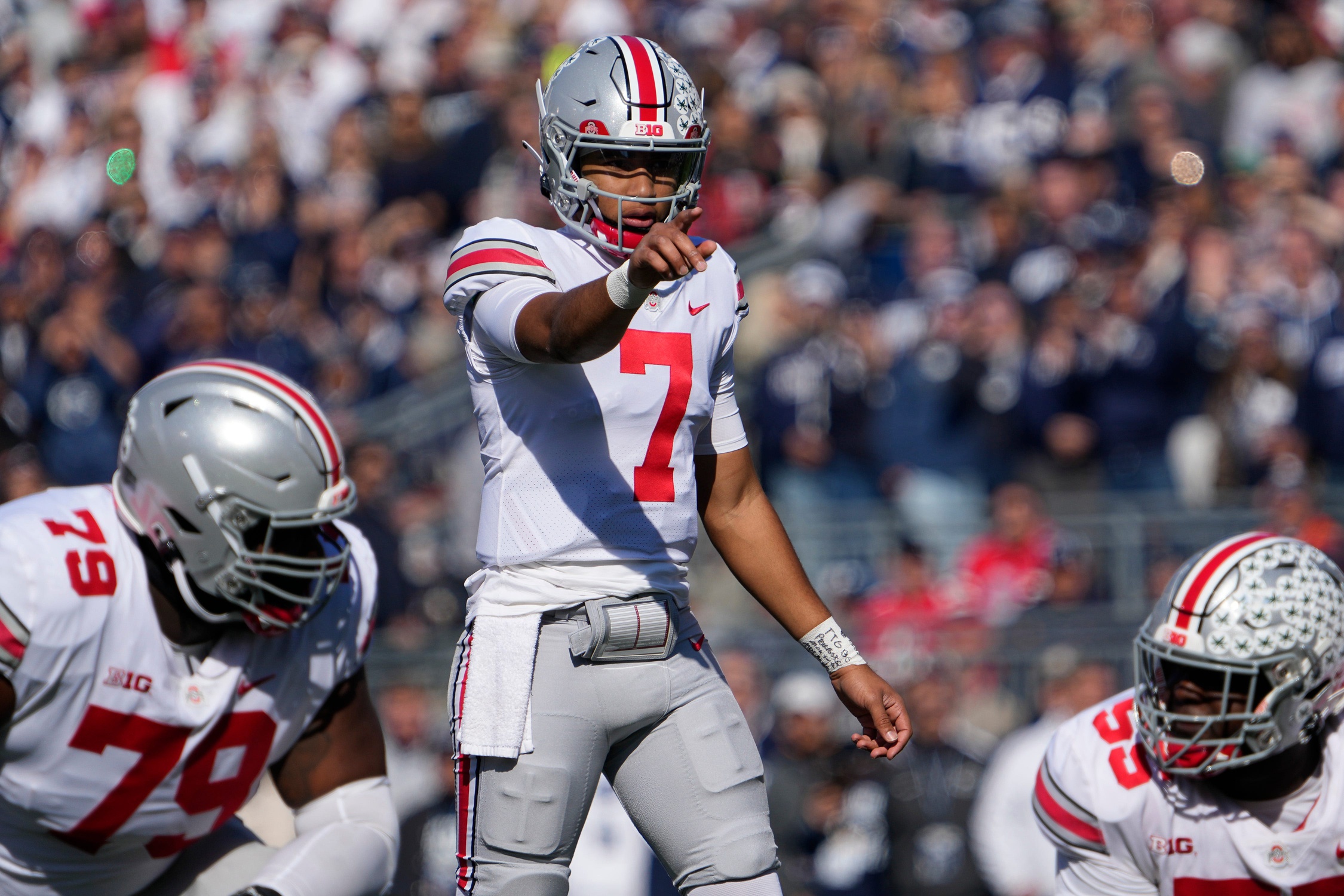 When you think of college football this Big Ten matchup between the Michigan Wolverines and Ohio State Buckeyes is the exact type of game that comes to mind. A rivalry contest with two undefeated teams playing for the East Division title with the winner all but assured a berth in the College Football Playoff. Heck, the way things are going even the loser stands a good chance of competing for the crystal egg. Anyway, first things first with Ohio State a 7.5-point home favorite on the NCAA college football odds at BetRivers sportsbook looking to avenge a humbling setback last year at the Big House that ruined their perfect season.

Two of the best teams in college football make for an interesting diagnosis of the college football betting line. Only four unbeatens remain in the FBS with that number reduced by at least one following the weekend. And the lines suggest Ohio State is the team that survives. Favored by at least 15 points in every game this season with eight of their 11 contests closing with a spread of at least 25 points, the Buckeyes are laying just 7.5 points against their arch rival. With both teams perhaps looking ahead they struggled last week. OSU failed to cover the 25-point spread beating Maryland 43-30, their fourth ATS loss in four games. Michigan had a tougher time with Illinois getting a late field goal for the 19-17 win to avoid an upset as a 17-point favorite.

The trend of OSU being favored by at least 15 points has ended as has Michigan’s season-long streak of being the favorite. The last time the Wolverines were dogs in a college football game was in last season’s CFP loss to Georgia when UM was spotted, wait for it ... 7.5 points. Michigan’s season ended with a 34-11 semifinal loss. They wouldn’t have had a chance to compete for a national title if not for their dominant win over the Buckeyes. Jim Harbaugh’s past failures against the biggest rival were well documented. The Maize and Blue dropped each of their first five meetings with Harbaugh at the helm extending their skid to eight straight. That came to an emphatic end last year with UM winning outright 42-27 as a 6.5-point home dog.

With Hassan Haskins rushing for 169 yards and five touchdowns the Wolverines did whatever they wanted on the ground amassing nearly 300 yards. They controlled the line of scrimmage answering every Ohio State score with one or more of their own after falling behind 10-7. Haskins is no longer around and with leading rusher Blake Corum, who had 89 yards in last year’s game, sustaining an injury last week the Wolverines might have difficulty doing the necessary damage on the ground. J.J. McCarthy has done an admirable job at quarterback throwing for 1,952 yards with 14 TDs and only two interceptions, but the Wolverines are built to run the football.

Last season the Buckeyes led the nation averaging 45.5 points. They had one of their worst games against UM with just 27 points. It wasn’t the fault of the offense, though. The Buckeyes had no answer for UM’s relentless ground game allowing an average of 7.2 yards per carry. And OSU enters this game in the exact same spot as a year ago. A perfect 11-0 heading in with sights set on a Big Ten championship and CFP berth, the Buckeyes got neither. So, while C.J. Stroud and the offense continues to play at a high level, the defense has been a little better overall than last year’s outfit. The Buckeyes are 15th nationally against the run yielding 108 yards. They also rank ninth in total defense and 10th in scoring defense.

Like UM, the Buckeyes avoided disaster last week. The score doesn’t show how close the game actually was. It was just a 3-point game in the fourth quarter following a flurry of Maryland points that wiped out a 14-point deficit. OSU got 10 points in the final minute with their TD coming on a recovered fumble in the end zone. The Buckeyes are a great college football bet against the OVER exceeding the point total in eight of their last nine games. And they’ve gone OVER the total in their last eight games with Michigan.

Is it just me or does it feel like Michigan played every game at home this season? They nearly did with eight of their 11 matchups at the Big House and they certainly didn’t play in an environment as hostile as what they are about to face. I really don’t care who wins as long as the game is close, and UM has proven over the years they can score in the Horseshoe making the visitors my NCAAF odds pick.