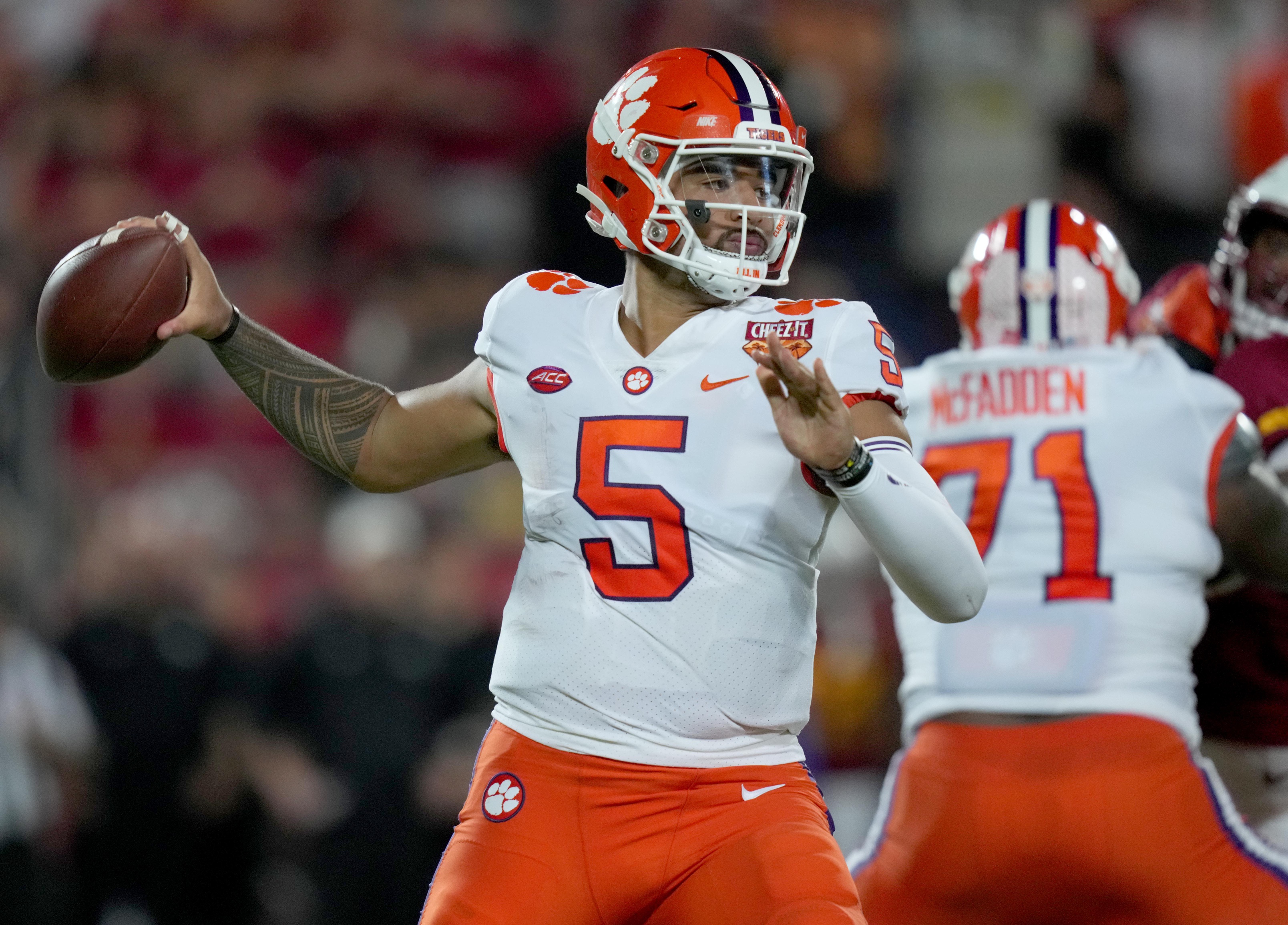 Those that looked the way of the underdogs on the ACC title odds were paid off handsomely when the Pittsburgh Panthers (+6000) and Wake Forest Demon Deacons (+7500) collided in the title game in Charlotte back in early December.

Kenny Pickett ultimately went on to lead Pat Narduzzi’s squad to the 45-21 win and cover in the championship game before hanging up his cleats to show out for potential suitors in the NFL. Ultimately, it turned out to be the Pittsburgh Steelers that snagged his services.

PITT’s ACC title snapped a string of six straight championships logged by the Clemson Tigers who just so happen to be the running favorite at SugarHouse Sportsbook to take home the honors this year. As for the Panthers, their odds of repeating as champs have fallen to 10-1 with the recent news of wide receiver Jordan Addison taking his talents to So Cal via the transfer portal. So will Clemson get back into the ACC penthouse, or will another team come from out of nowhere to turn the college football landscape on its head? The following are my favorite, underdog, and longshot selections to take home conference bragging rights in 2022.

I’m fading the noise on the Clemson Tigers being the supposed favorite to take home the title. While Dabo Swinney’s defense was still up to “Death Valley” norms with it ranked No. 9 overall and No. 2 in points allowed, the offense was nothing short of an abomination (No. 95). I’ve seen enough of D.J. Uiagalelei to know he’s not the guy. As such, I’m looking the way of “The U” and I’m not the only college football futures odds bettor doing so! Just last week, Miami offered up a +700 return on investment to win its first-ever ACC title. It can now be had at +450 at SugarHouse. Be sure to shop around as there are better numbers out there. They likely won’t be there for long however, so buy now!

The Canes three conference losses came by a grand total of eight points last year, and the offense returns Tyler Van Dyke at QB1. The defense is young but owns a plethora of speed and athleticism. With the amount of talent stockpiled in South Beach the last handful of seasons, the program should have more than one ACC title game loss to its credit. I’m banking on Mario Cristobal being the elixir that brings the finished product to a head.

Dave Clawson’s Deacs came from out of nowhere to win 11 overall games and earn the program its first bowl win since 2018 when it smashed Rutgers in the Gator. Had the team not laid an egg in the second half of the ACC title game against PITT, it would’ve cashed in as enormous 75-1 dogs to win the ACC. Now that the team has gotten a taste and returns nine players from an offense that lit scoreboards up for over 41 points per game (No. 5), I’m expecting Wake Forest to make yet another run at championship glory.

The look of disgust on QB Sam Hartman’s face in that loss to the Panthers said it all for me. With A.T. Perry and his 1,100+ receiving yards and 14 TD receptions back to spearhead the pass catching corps and a pair of capable running backs in the backfield along with a veteran O-Line, the Demon Deacons’ offense will again be one of the most potent in the nation. Should the defense – which sucked out loud – show drastic improvement, this team will have the wherewithal to take down a wide open ACC.

CFB futures bettors just aren’t getting the same rates of return as they were a season ago with the longshots. I’m not sold on any of Duke, Syracuse – though I love RB Sean Tucker – Georgia Tech, or Virginia Tech making much noise. Boston College was as mediocre as it got last season in going 6-6 SU and ATS, and it missed out on the bowl season for the second straight year because of it. That being said, the offense only saw Phil Jurkovec under center for six games with the injury bug destroying his junior campaign. I’m a big fan of the kid, and supposedly he’s looked great in preseason workouts and scrimmages.

Futures bettors are reading the same headlines as I with the Eagles odds of winning the ACC shortening up from +4000 at the open to +2800 where it clocks in now. If it finds a way to win at both Virginia Tech and Florida State the opening month of the season, the sky’s the limit for Jeff Hafley’s bunch!