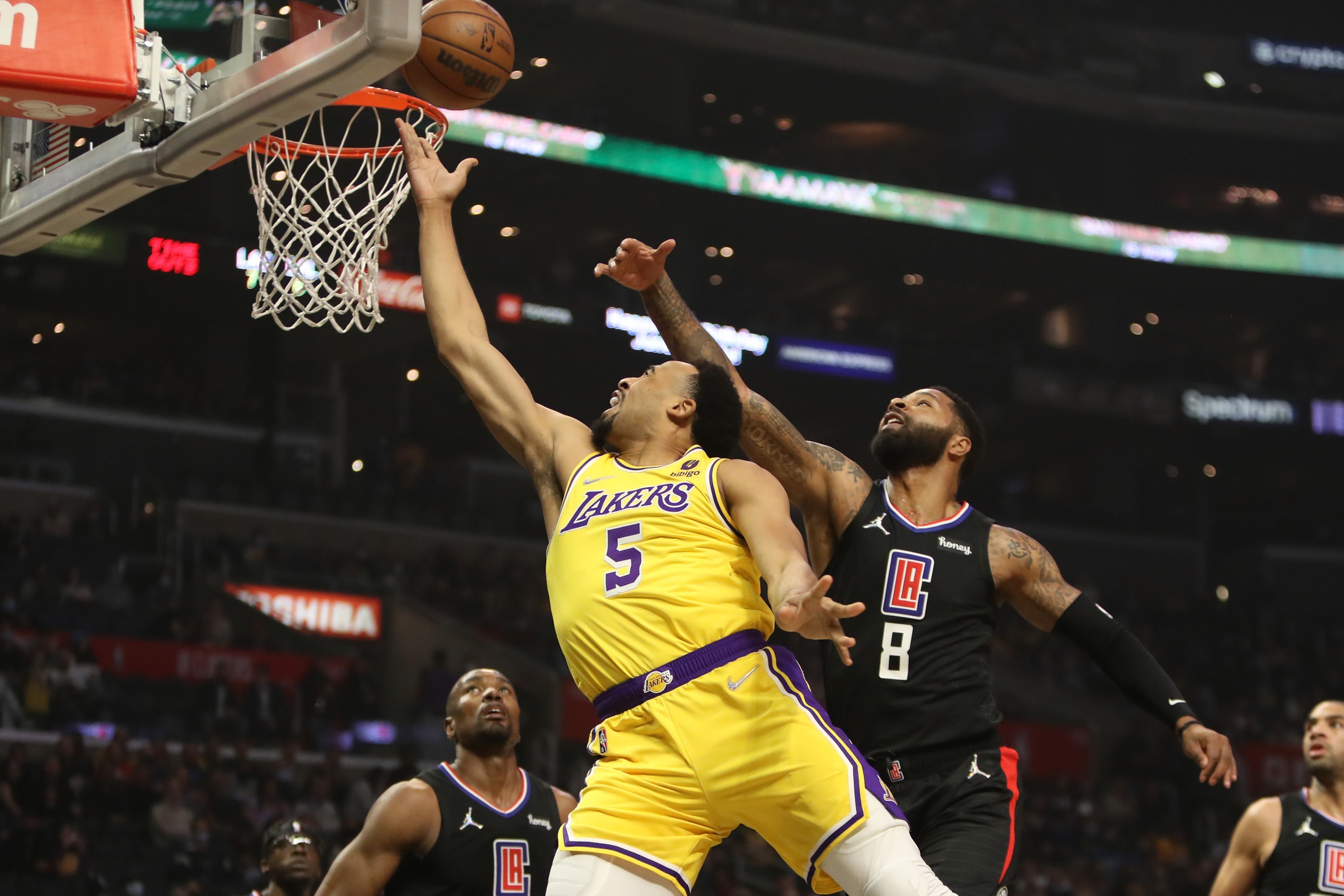 Crosstown rivals from Los Angeles face off Friday as the Lakers and Clippers look to climb back to .500 on the season. Following the All-Star break, these two foes sit at third and fourth, respectively, in the Pacific division.

The Clippers come in at 30-31, holding the eighth and final playoff seed in the Western Conference. They’re in line to match up with the top seeded Suns should they hold on to that current standing.

The Lakers find themselves one spot behind the Clippers in the Western Conference, coming in at 27-31. With a win, they could cut that lead to just 0.5 games with a little over 20 contests left in the year.

This matchup has huge playoff implications as the winner moves one step closer to landing a postseason bid.

While each of these West Coast rivals has a realistic chance of securing a playoff bid, both are considered long shots to win the championship. The latest NBA future picks give the Lakers 30/1 odds of bringing home a title, while the Clippers sit at 60/1 according to SugarHouse.

Which team lands an important victory in the City of Angels? Tune into BetMaker for a preview and prediction before placing your NBA wagers.

Neither of these two teams has lived up to expectations this season. With both currently sitting below .500 on the year, getting a win on Friday would be a huge momentum boost for a late run ahead of the postseason.

The Clippers are led by small forward Paul George, who’s pacing the team with just under 25 points a night. Unfortunately, he’s been out of the lineup since December with an elbow injury and he won’t be returning in time for this meeting.

Marcus Morris and Reggie Jackson are chipping in 16 points apiece to help shoulder the load on the offensive end but as a team, the Clippers rank just 23rd in the NBA in scoring.

The Lakers will look to counteract that defensive prowess with high flying offense. LeBron and Co. rank 10th in the league scoring 111 points a game. James leads the way at 29 points a night.

On defense, the Lakers have been lacking. They’re allowing over 112 points a game to opponents, the fifth-worst mark in the league.

The Clippers will look to turn that poor defensive play into easy buckets.

Neither of these teams can be considered an NBA lock in regards to the latest betting lines. Both have posted sub-.500 marks against the spread.

The Clippers are 30-31 against the spread so far this season, though they are 16-14 when playing on the road.

The Clippers are 6-5 versus betting lines in divisional matchups while the Lakers are 4-6.

In terms of head-to-head competition, the Clippers hold the recent advantage. They’ve taken down the Lakers in five straight contests, boasting a 4-1 mark against the spread. The over is 3-1-1 in those five matchups.

The Clippers have had much more success in the series of late, but we’re banking on that streak to end on Friday.

With Paul George still out of the lineup, we’ll take the Lakers at home. Despite losing the latest matchup, the Lakers covered the 3.5-point spread in a 111-110 road loss. With the game switching venues, LeBron and Co. will stop the five-game losing skid to their division rivals.

Look for the Lakers to land a win and move a step closer to a potential playoff bid.