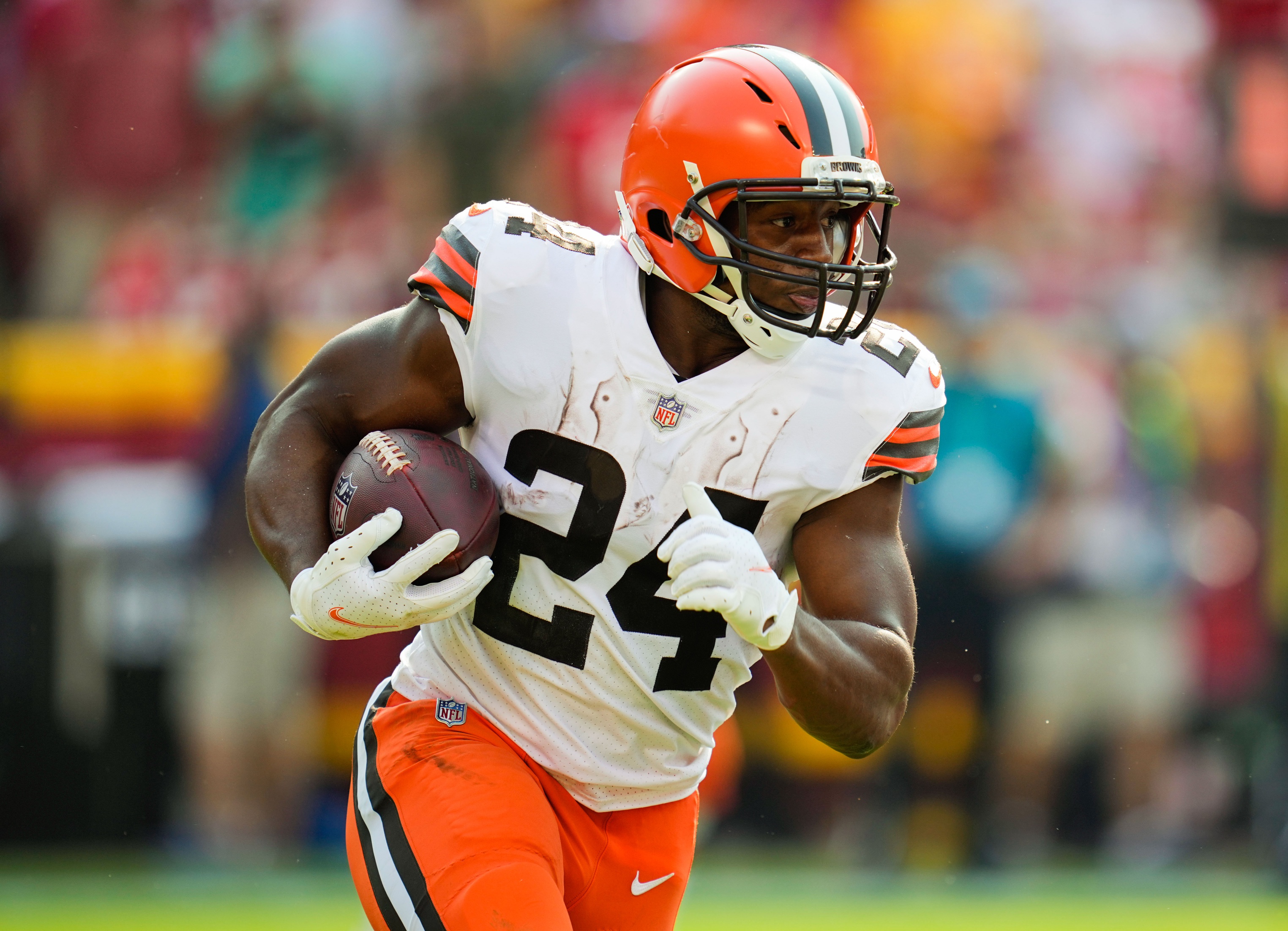 The Cleveland Browns were the chic selection of NFL bettors to hoist the Lombardi Trophy come to the conclusion of the 2021-22 NFL betting season. Expected to compete with the Baltimore Ravens for AFC North supremacy, the Browns lived up to expectations early but then saw the season quickly get away from them. Injuries to integral pieces on both sides of the ball along with ineffective play when it mattered most saw Cleveland limp to a sub .500 overall record that resulted in missing the playoffs. Fingers were pointed. Things were said. Because of it, Baker Mayfield is no longer the team’s QB1. By going out and executing the extremely unpopular signing of Deshaun Watson and mortgaging their future to acquire his services, Cleveland still believes it’s a Super Bowl-worthy team that must take advantage of its window of opportunity.

Regardless of their new signal caller possibly being suspended for more than the six games initially handed down.

Whether it’s six games, half the season, or even more, I still think Cleveland has the talent up and down its roster to make a run at glory. Though PointsBet Sportsbook is yet to hang any future odds pertaining to Kevin Stefanski’s squad just yet, there are numbers out there that can currently be wagered upon. Even if Jacoby Brissett is forced to take on a bulk of the work, he has it in him to at the very least churn out league-average outputs. Should that occur, the offensive weaponry surrounding him is excelled enough to take advantage of one of the easier schedule strengths in the league; especially early on when he would take most of the snaps. This is far and away the most talented group of players he’s ever worked with!

As it is, the Browns are 3-1 dogs to win the division, 14-1 to win the AFC, and 24-1 to win it all. Ultimately, it’s going to come down to the type of production the offense gets under center and overall health. If Brissett is able to navigate the team to a winning record before Watson dusts off his shoulder pads and gets back onto the gridiron, it’s entirely possible the Browns compete with both the Baltimore Ravens and Cincinnati Bengals for division supremacy. There are simply just too many things to like about this roster for it not to. As such, I believe the team continues its trend of going over its season wins total every other season.

The Browns went into last season expected to take on the fourth easiest schedule. It ended up being the ninth. This year’s schedule strength currently ranks out as the eighth easiest per the folks over at Sharp Football Analysis. This team has been money in the bank when playing in front of the “Dawg Pound” where it’s won 12 of 17 games under the current coaching staff. The problem area has occurred on the road, where it’s managed just eight wins through 18 tries during that same stretch. Improvement in the visitor’s role must be achieved to have any shot of cashing an over ticket with nine games to be played away from First Energy Stadium.

Five of the team’s first eight games will come in the comfort of their home digs. Games in the mix will come against the New York Jets, Pittsburgh Steelers, Los Angeles Chargers, New England Patriots, and Cincinnati Bengals. The road games are set for Carolina in the immediate Baker revenge game, Atlanta, and Baltimore. Churn out a 5-3 record early on, and bullish Cleveland backers will be in business should Watson be allowed to suit up following the Week 9 bye. Of the team’s final nine opponents, only four are currently favored to punch a ticket into the second season at PointsBet. Though six of those games will occur on the road, only two come against expected playoff opponents (Bills/Bengals).

Armed with an insane three-headed monster in the backfield anchored by arguably the best offensive line in the business (ranked No. 2 by PFF), the offense is going to get theirs regardless of who nestles in under center. Nick Chubb, Kareem Hunt, and D’Ernest Johnson are all back a year removed from combining for over 2,600 scrimmage yards and 17 touchdowns. It is however possible Hunt is traded come early September should rookie RB Jerome Ford continue to show out in training camp. The departure of Jarvis Landry opened the door for the front office to go out and acquire Amari Cooper in hopes of him helping groom young pass catchers Donovan Peoples-Jones and rookies David Bell and Mike Woods into immediate threats. Throw TE David Njoku into the mix, and the Browns have a plethora of excelled options for Browns QBs to build rapports with.

The other side of the ball boasts two of the more dominant players in the game at their respective positions. Myles Garrett was on his way toward winning the Defensive Player of the Year Award before spitting the bit the final three games of the season, while Denzel Ward has proven to be one of the best shutdown corners in the game throughout his first four seasons. Ward was recently put on the PUP list but is expected to be ready for the season opener at Carolina.

I love the talent on this team! Though it enters the season with major questions at the QB position, I’m of the belief Brissett can keep this team competitive provided he plays to his previous “MO.” If Watson is able to suit up at some point, the sky’s the limit! They’ll hit the gridiron hungry with the sole intention of sweeping last season under the rug and putting all the Mayfield drama behind them. Don’t let last season prevent you from buying into the Browns in 2022. They’re fully capable of being a major AFC player - I expect them to be just that!