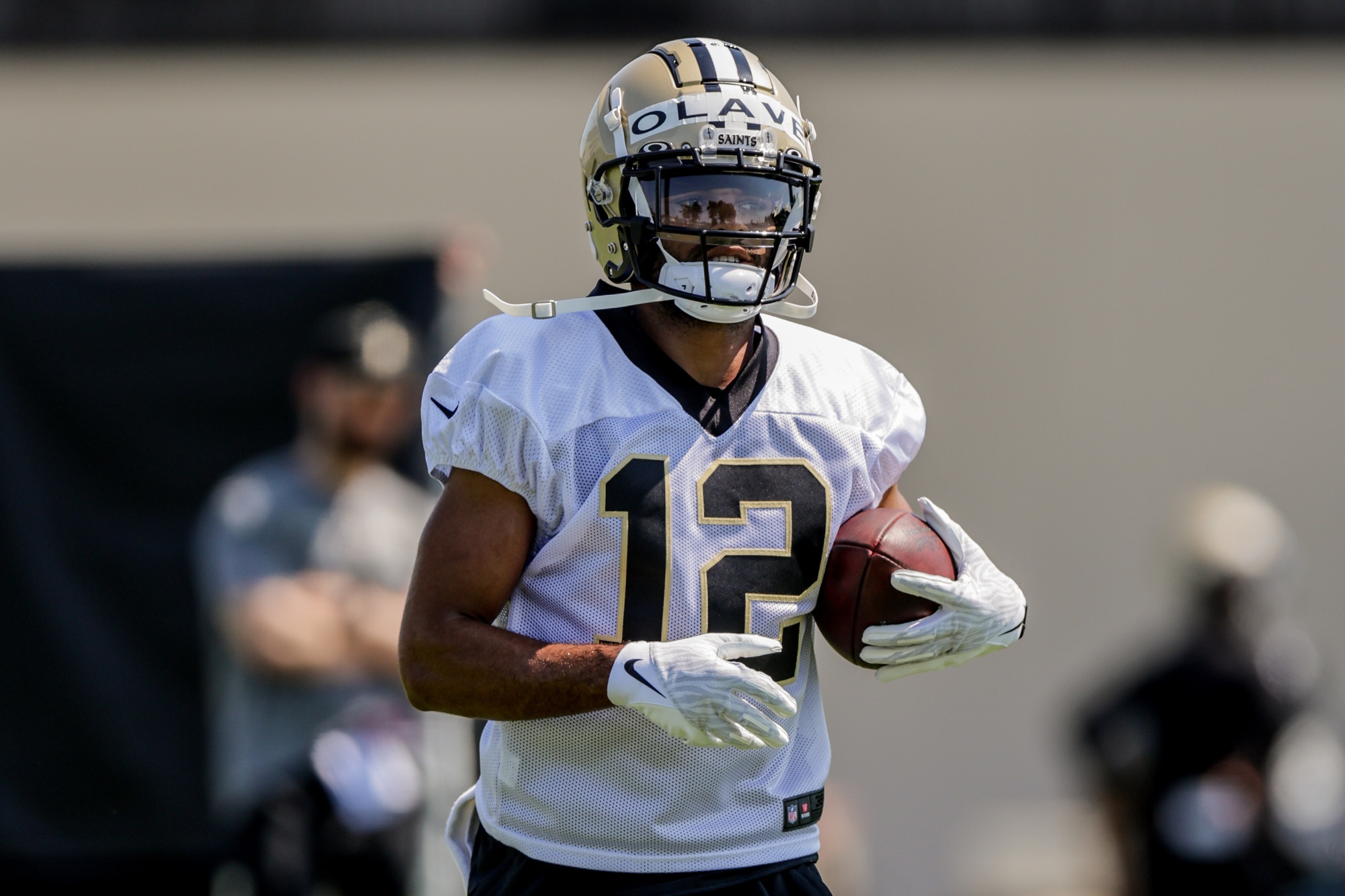 With two selections in the first round of the 2022 NFL Draft, the New Orleans Saints shored up one of two main roster needs with the selection of WR Chris Olave at No.11. In the former Ohio State Buckeye, the Saints now possess a legit deep threat that should complement veterans Michael Thomas and Jarvis Landry exceptionally well. His ability to exceed market expectations for both his receiving yard and touchdown props at DraftKings Sportsbook ultimately comes down to the production New Orleans gets under center. Jameis Winston is said to be fully recovered from the knee injury that prematurely ended his 2021-22 campaign through seven games. Before going down, he actually ranked out as one of the better field generals in the league. Provided he avoids the injury bug this season, the Saints look destined to produce a passing attack that dramatically improves upon its last place finish of a year ago.

Whether that allows Olave to exceed his own personal player props remains to be seen. Let’s put his suggested totals under the microscope and see if we can’t churn out a profit.

With a run of wide receivers taking place before the Saints were going to select at No. 16, GM Mickey Loomis elected to trade up with Washington to make sure he got his guy. In Olave, the Saints are now the owners of a fantastic pass catching specimen with silky smooth route running skills that just so happened to set Ohio State’s all-time touchdown record with 35 over his four-year stay in Columbus. He also possesses sub 4.4 speed! Of the top-three wide receivers taken in the draft, I got Olave pegged as the one most specialized to make huge plays over the course of the season. He’s not a possession receiver and isn’t one that will command a bulk of the targets either. Where he will separate himself from the pack is downfield where he’ll make hay for touchdown prop bettors, DFS fans and fantasy footballers. If you can find an out offering up a reception prop, I’d hit the under right quick!

The Saints were nothing if not putrid when it came to slinging the pigskin around the gridiron. The offense averaged a league-worst 187.4 passing yards per game and did so only attempting a pass less than 30 percent of the time (No. 30). But with a healthy Thomas returning to the mix and veteran Landry also added to the roster, you can bet your bottom dollar Alvin Kamara won’t be run into the ground this season; much to the chagrin of his fantasy and prop backers. Seriously, Kamara carried the ball a whopping 240 times last season which amounted to being 46 more carries than his previous high of 194 back in 2018. Knowing full well he’s the engine that makes this offense go, New Orleans pass catchers must make more of an impact than they did a season ago.

While I expect that to be the case, I’m not sold on Olave routinely playing a role in moving the Saints passing game up the charts. Clocking in as the likely third pass catching option on the team, Olave has third wheel written all over him provided the injury bug doesn’t dramatically increase his targets due to injuries sustained by his more established and veteran teammates. If it’s consistency you seek from a rookie wide receiver, you’re better off looking the way of Drake London, Garrett Wilson, or Treylon Burks since neither has an established veteran hogging targets ahead of them on the depth chart. Olave will be the prime example of a boom/bust receiver in his first go-round at the NFL level. He’ll come up with some huge stat lines but will also tally a number of others with just two receptions on three targets for 35+ yards. Due to his topsy-turvy nature, I suggest hitting the under of his receiving yards prop.

Before succumbing to the season-ending knee injury that cost him the remainder of the 2021-22 season, Winston had thrown for nearly 1,200 yards and a 14:3 TD/INT ratio. Trevor Siemian and Taysom Hill only managed to combine for 15 in their starts the rest of the year! Bottom line, the former Heisman winner is Dennis Allen’s best shot of making hay in the NFC South and returning to the playoffs. New Orleans is currently a +125 underdog to make the second season at DraftKings. For reference sake, Atlanta clocks in at +800 and Carolina at +500. As such, linemakers are giving the Saints a near coin flip shot of qualifying and I’m a believer!

New Orleans averaged 2.4 offensive touchdowns per game a year ago (No. 17). With Winston under center, the average was above 3.0. The Saints proved to be a much better offense with Winston their QB1, and I suspect that to once again be the case moving forward. Jameis is one of the best deep throwers in the game right now which means he should build a solid rapport with Olave right out of the gate. The duo is destined to hook up on a number of big gainers throughout the rookie’s first season in the NFL, but I doubt it puts him in line of cashing in on the Offensive Rookie of the Year odds that currently have him locked in at 10-1. That being said, I’ll happily lay the juice on the over of Olave’s touchdown prop at DK since catching touchdowns is what he specializes in.