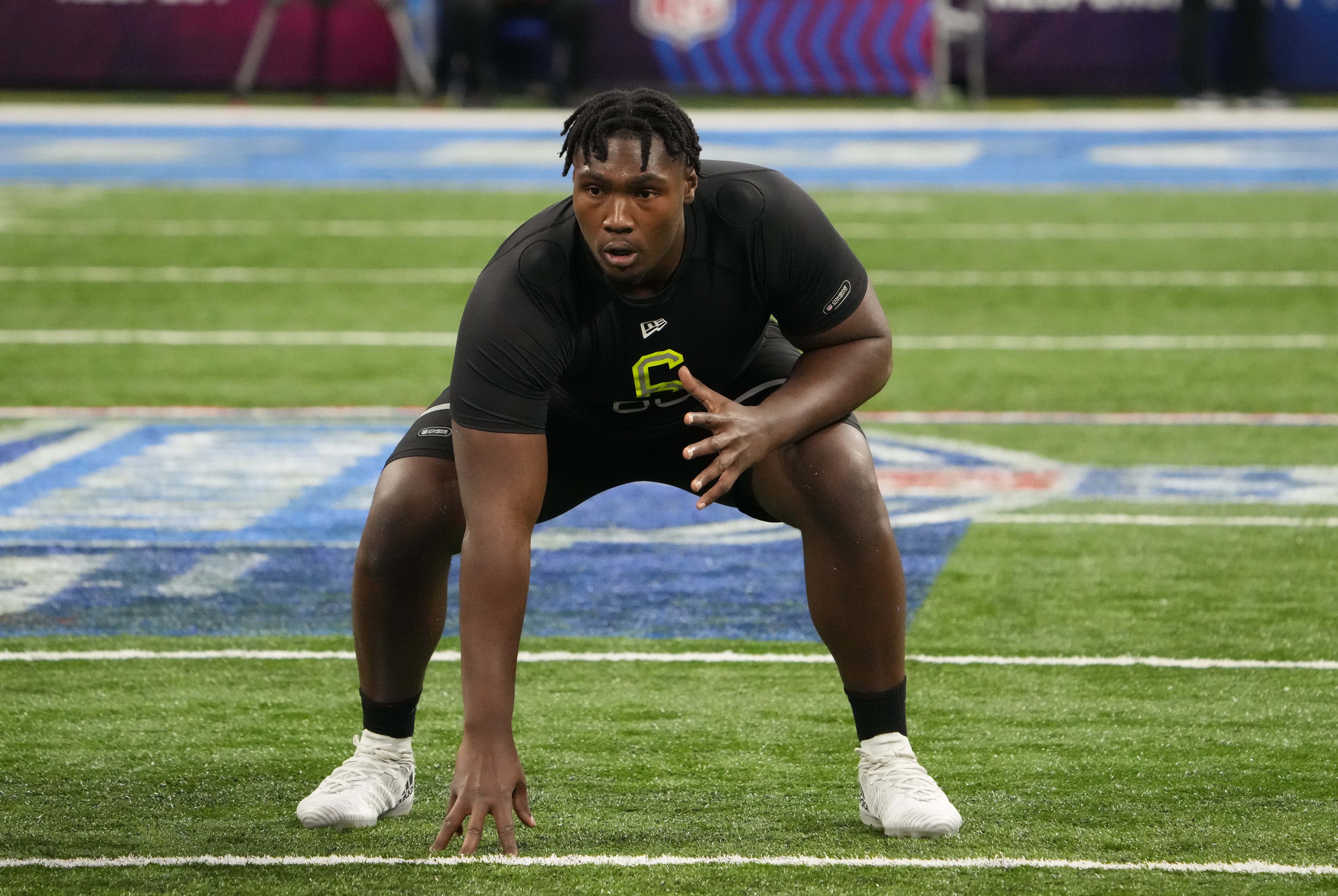 With the festivities set to go down Thursday night, NFL Draft betting has been taken to the next level. Information is being bantered about with reckless abandon making what was already a tough draft to gauge even tougher as we close in on draft night. A number of players have shot up and down the draft board over the last few days when looking at their most up to date odds. There was tons of line movement on Monday with many a talking head now predicting Ahmad “Sauce” Gardner to be a top-5-pick. This coming after Travon Walker usurped Aidan Hutchinson as the top overall pick betting favorite. News filtered in about teams at the top of the draft being scared off his potential problematic lower body injuries. Same goes for stud OL Evan Neal with NFL teams supposedly scared of his balky knees. This in large part has opened the door for Mississippi State’s Charles Cross to come from out of nowhere and bust a number of mock drafts by going off the board much earlier than anticipated. The train has already left the station on “Sauce” and Walker, but the Cross train is still taking passengers. I plan on banking on this newfound potential draft riser! Every staked position I’ve taken on him at DraftKings Sportsbook, FanDuel Sportsbook, and SugarHouse Sportsbook is relayed down below for your wagering enjoyment.

We’ll start with a background into the collegiate career of Charles Cross when protecting the blindside for Mike Leach’s Air Raid offense throughout his two seasons in Starkville. With an ample amount of pass reps under his belt and beefing up to over 300 lbs. while standing 6’5” tall, Cross has all the prerequisite’s to be an excelled tackle at the NFL level. Fully adept at run blocking, it’s his pass blocking abilities that’ve caught the eye of many offensive linemen-needy teams at the top of the draft. He’s explosive off the ball and has the quick footwork and agility to quickly get into a position to dominate. His final season at Mississippi State saw him concede a pressure on just over two percent of his overall snaps; a better than four percent improvement from his freshman campaign – both outputs were in a word, outstanding! He’s without a doubt the best pass protecting offensive linemen in this draft! That’s one of the reasons why I’m hitching my wagon to this young stud. The other is the fact that PFF had him ranked as the No. 1 offensive linemen in this year’s crop well before this recent surge.

First and foremost, we’re going to want to get a piece of his draft position prop. It’s chalky at both FanDuel (-167) and SugarHouse (-148), but offers up a plus-money return at DraftKings (+110). However, the two prior have set his position at 7.5 while DK clocks in at 6.5. The full pick disparity doesn’t have me fazed one bit with the 6.5 impost still including the New York Giants and Carolina Panthers whom I believe have eye’s for O-Linemen at their respective draft slots. Let’s lock the under in at DraftKings thank you very much!

We’ll now turn our attention to the first offensive linemen taken off the board odds. Cross clocks in as the third choice across the board sitting behind favorite Ickey Ekwonu and Evan Neal. DraftKings offers up the worst rate of return at +300 with FanDuel right in back at +450. This is a spot that SugarHouse shines! Due to having Ekwonu and Neal the closest to a coin flip of being the first O-Linemen to be snatched up, it’s kept Cross’s return at an attractive +700. Stop what you’re doing now and grab yourself a piece at that rate of return - it was 10-1 on Sunday night!

Up next are top-5 and top-10 positions should you feel the need to lay the chalk with the latter offering. I personally think it to be a waste of bankroll to do so, but it would zero out that loss with the prior should Cross actually go No. 6 instead. Regardless, FanDuel is where you’ll want to invest in Cross going off the board within the top-5 selections with his rate of return checking in at +400 while DK checks in at +250 and SugarHouse at +200. Should you want to hedge that prop wager with him being selected within the top-10, you’ll want to stay logged in at FanDuel and get in at -350 with the other two spots offering up -400 and -670 respectively.

Closing it all out are a couple nice plus-money return investments dealing with the exact pick Cross is taken at, the team he goes to, and being the first offensive player selected in this draft. Should the run on EDGE rushers come to fruition at the top of the draft order, all the O-Linemen will be in play leading up to the New York Jets selection at No. 4. Even more so if the whispers of Ahmad Gardner and/or Derek Stingley Jr. go in the top-3! Cross at five to the New York Giants would make perfect sense in my opinion; especially if Kayvon Thibodeaux is there for the Jets to snag at No. 4.

Cross going fifth overall pays 5-1 at FanDuel, 4-1 at SugarHouse, and +250 at DraftKings. Hedging that investment with Cross at No. 6 pays +500 at FanDuel and +400 at DK. The option is nowhere to be found at SugarHouse. For reference sake, the Carolina Panthers are +100 at DK, -105 at FD, and -112 at SH to snag an OL with their first pick. If the Giants pass, I don’t think Carolina passes on the opportunity to land his services and I see Neal slipping further along into the top-10 due to those injury concerns. If in fact Cross does go No. 5 with the first four players being of the defensive variety, you’ll kick yourself for not snagging a piece of Hail State’s premiere OT being the first offensive player drafted at SugarHouse; you’ll get paid out at 13-1 should it go down!