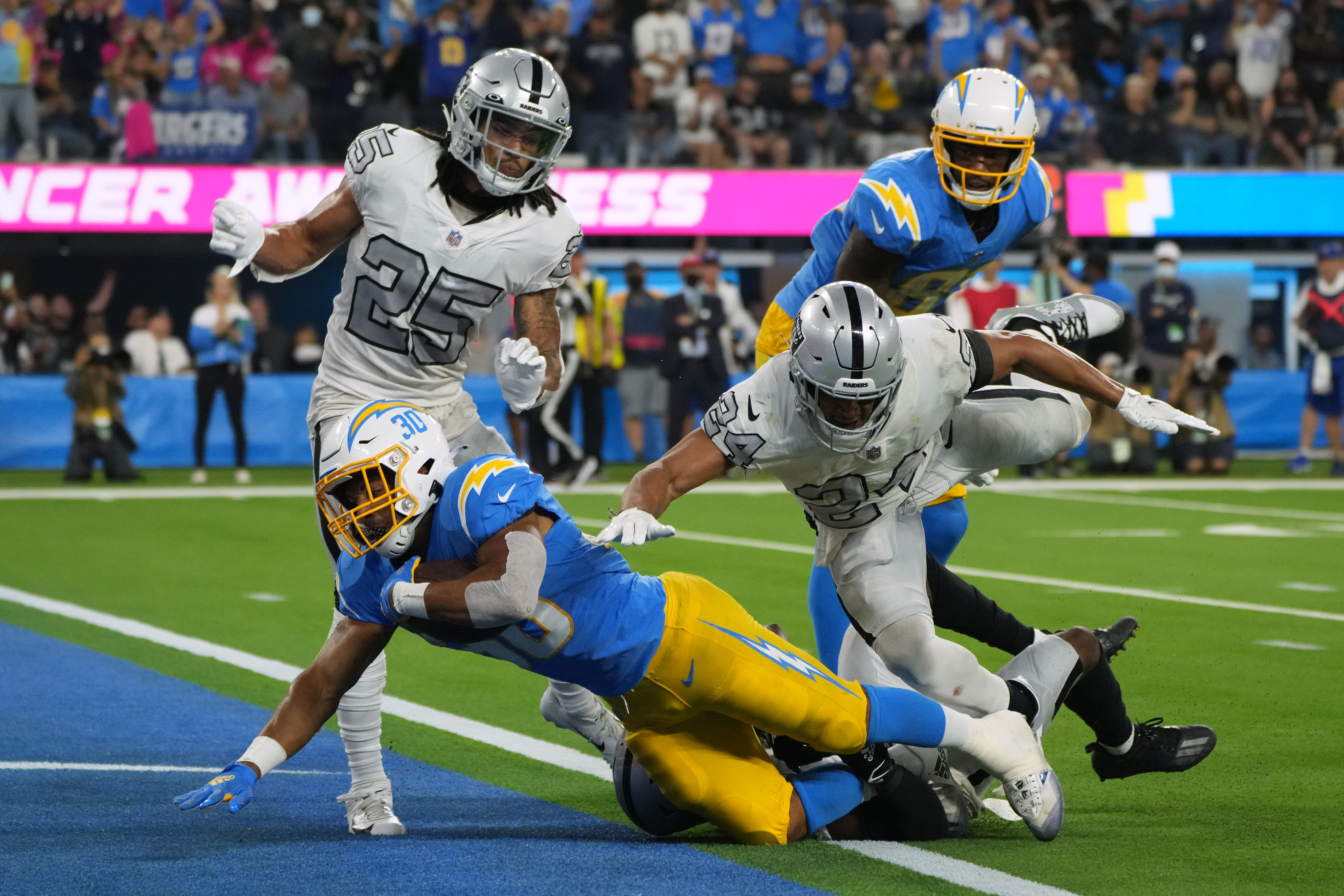 The Los Angeles Chargers began the week in AFC Playoff position. At the same time, the Las Vegas Raiders were the top bubble team. Thus, Sunday night’s game in Las Vegas may as well be a playoff game. The Raiders are coming off an impressive must-win game at the Indianapolis Colts. Vegas was a decided underdog but showed resiliency and toughness in the upset.

In comparison, the Chargers looked like an NFL Football Lines bully in routing the Denver Broncos. Earlier this season, Los Angeles dominated Las Vegas 28-14. But on Sunday Night, the Raiders seek revenge and a postseason bid. Matchups such as this are why NBC backs up the truck to televise Sunday Night games.

This rivalry goes back to the founding of the American Football League in 1960. The Chargers and Raiders have shared the same division every year since. Casuals will be on the Raiders as the home underdog seeking a potential playoff spot in this situation. But sharps see NFL picks and parlays value in a Chargers team that has developed one of the NFL’s better offenses. Additionally, the Wise Guys see the Raiders as a thoughtless play by squares.

Last time out, Las Vegas beat Indianapolis 23-20 as 8.5-point road dogs. The game went under the NFL football betting picks total of 46.5. Now Las Vegas stands at 9-7 straight up, 7-9 against the spread, and 7-9 over/under. The Raiders rank 11th for total offense and 18th for scoring offense. Defensively, Las Vegas ranks 13th overall and 24th for points allowed. Raiders quarterback Derek Carr has a 94.3 QB rating with 4618 yards passing and a 21/14 TD/INT ratio.

The Chargers are coming off a 34-13 rout of the Denver Broncos as 8.5-point home favorites. The game went over the Free NFL picks total of 45. Now Los Angeles enters this week at 9-7 straight up, 8-8 against the spread, and 9-7 over/under. To summarize, the Lightning Bolts rank 4th for total offense and 6th for scoring offense. Defensively, Los Angeles is 22nd overall and 26th for points allowed.

Quarterback Justin Herbert continues to grow as a top-tier NFL quarterback. Overall, Herbert has a 99.5 QB rating with 4631 yards passing and a 35/14 TD/INT ratio. Also, Herbert has a pair of 1000-yard receivers in Keenan Allen and Mike Williams. And then running back Austin Ekeler brings 847 rushing yards, 612 receiving yards, and 18 combined touchdowns.

Los Angeles Chargers at Las Vegas Raiders Vs. the Odds

In this situation, Justin Herbert should prove the difference for the Chargers.