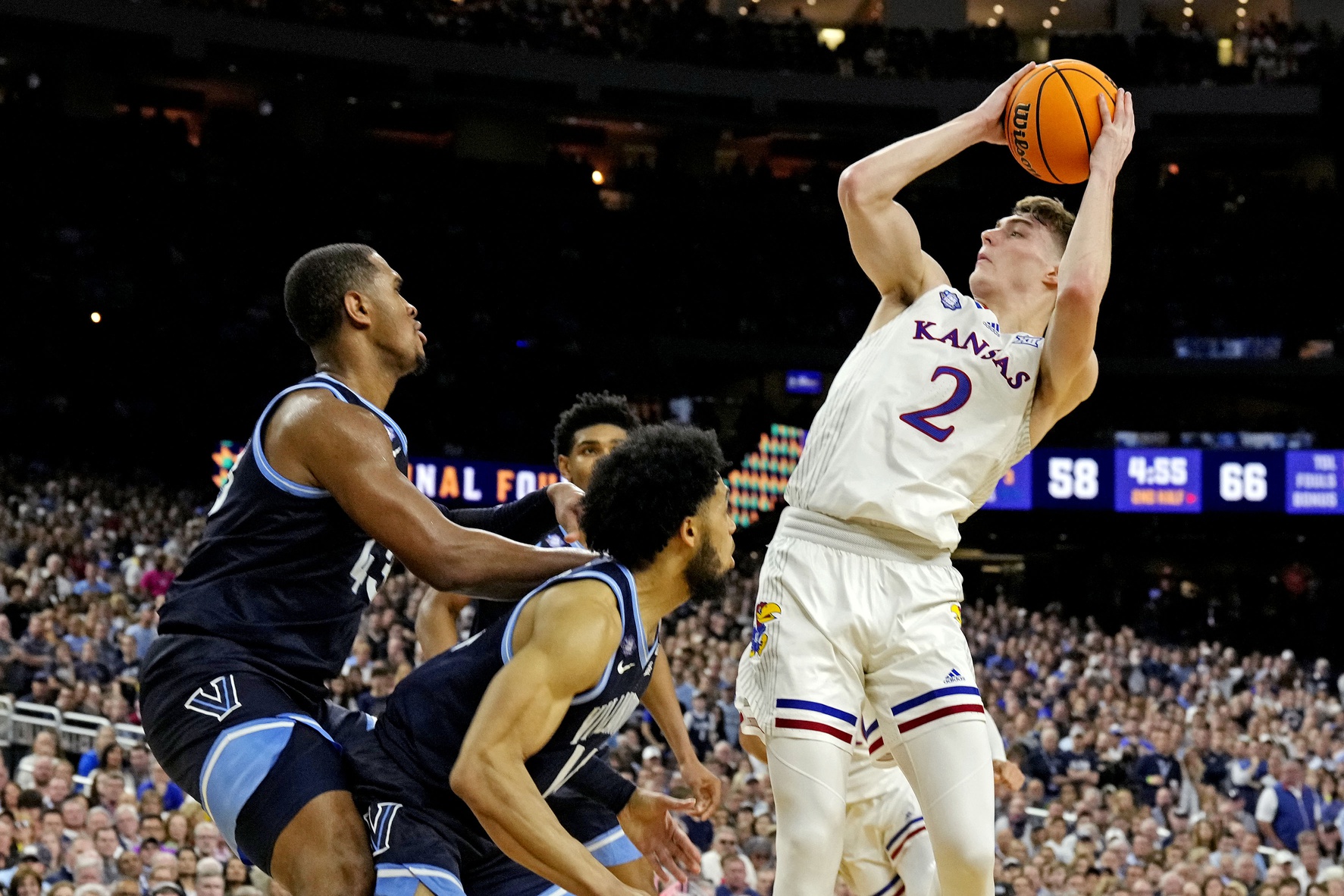 Two blue bloods will be playing in the national championship, and Roy Williams will have a hard time deciding which team to back. Williams won 418 games with Kansas before leaving for Chapel Hill where he won 485 games and three national championships with North Carolina. The Tar Heels have had an incredible run this tournament, but they are underdogs to the Jayhawks by the college basketball championship odds on Monday night.

The 2022 NCAA Men’s Basketball National Championship Game will take place on Monday, April 4, 2022. This game will tip off at 9:20 p.m. ET on TBS from Caesars Superdome in New Orleans, Louisiana.

Kansas was the only No. 1 seed to make it to the Elite Eight, and the Jayhawks have been carrying the banner since that point. They had a relatively easy run through the Midwest Regional with only one game against a team that wasn’t a No. 9 seed or higher. They didn’t struggle too much with Villanova in the Final Four on Saturday night, as the Wildcats were not the same without Justin Moore and a banged-up Collin Gillespie.

Different players have stepped up at different times for Kansas in the NCAA Tournament. In the last game, it was seniors Ochai Agbaji and David McCormack that led the way. Agbaji hit his first six three-pointers to help Kansas get out to a 10-0 start that it didn’t look back from, while McCormack dominated in the low post. He went 10 of 12 from the floor for 25 points and had nine rebounds, and Nova had no answers for the power forward.

Sophomore Jalen Wilson has done a superb job on the glass in this tournament too. Wilson has had at least 11 rebounds in four straight games, and he finished with at least 11 points in four of his five games during March Madness. Mitch Lightfoot has been an effective big body off the bench as well, making Kansas one of the few teams that has the size to match up with North Carolina in the paint and on the glass. That’s part of why the Jayhawks are a moderate favorite by the NCAA college basketball odds.

North Carolina has had an incredible run through the NCAA Tournament. The Tar Heels hammered Marquette in their first game thanks to a dominant performance from Brady Manek, and they held on to beat No. 1 seed Baylor in overtime. They gritted out a win over UCLA in the Sweet 16 before ending No. 15 seed Saint Peter’s miracle run.

However, all that was a drop in the bucket compared to their win over rival Duke on Saturday night. The Tar Heels knocked off the Blue Devils in a thriller, giving Coach K a loss in his last collegiate game. North Carolina was the first team to beat Duke, dealt Coach K a loss in his last game at Cameron Indoor Stadium, and ended his storybook run to the Final Four for perpetual bragging rights.

Unfortunately, one of the Tar Heels’ stars suffered an injury in the final minutes of the win over Duke. Armando Bacot is considered a ‘go’ to play on Monday, but he won’t be at 100% after rolling his ankle. It’s a big blow to North Carolina as Bacot has been a force on the inside with 43 rebounds in his last two games. Bacot is UNC’s leading scorer (16.3 PPG) and rebounder (13.1 RPG) this season.

That could really affect what North Carolina wants to do on offense. The Tar Heels like to play Brady Manek away from the basket given his perimeter shooting, but if Bacot isn’t at his best, he might have to be moved inside. That would put increased pressure on Caleb Love and R.J. Davis to hold their own in the backcourt. Love was boom or bust in his five NCAA games, while Davis was subpar against Marquette, UCLA, and Saint Peter’s.

A healthy Bacot would make North Carolina the pick on Monday night, but his injury means that Kansas is the play. The Jayhawks will be able to outmuscle the Tar Heels, and that will throw UNC’s offense out of rhythm.