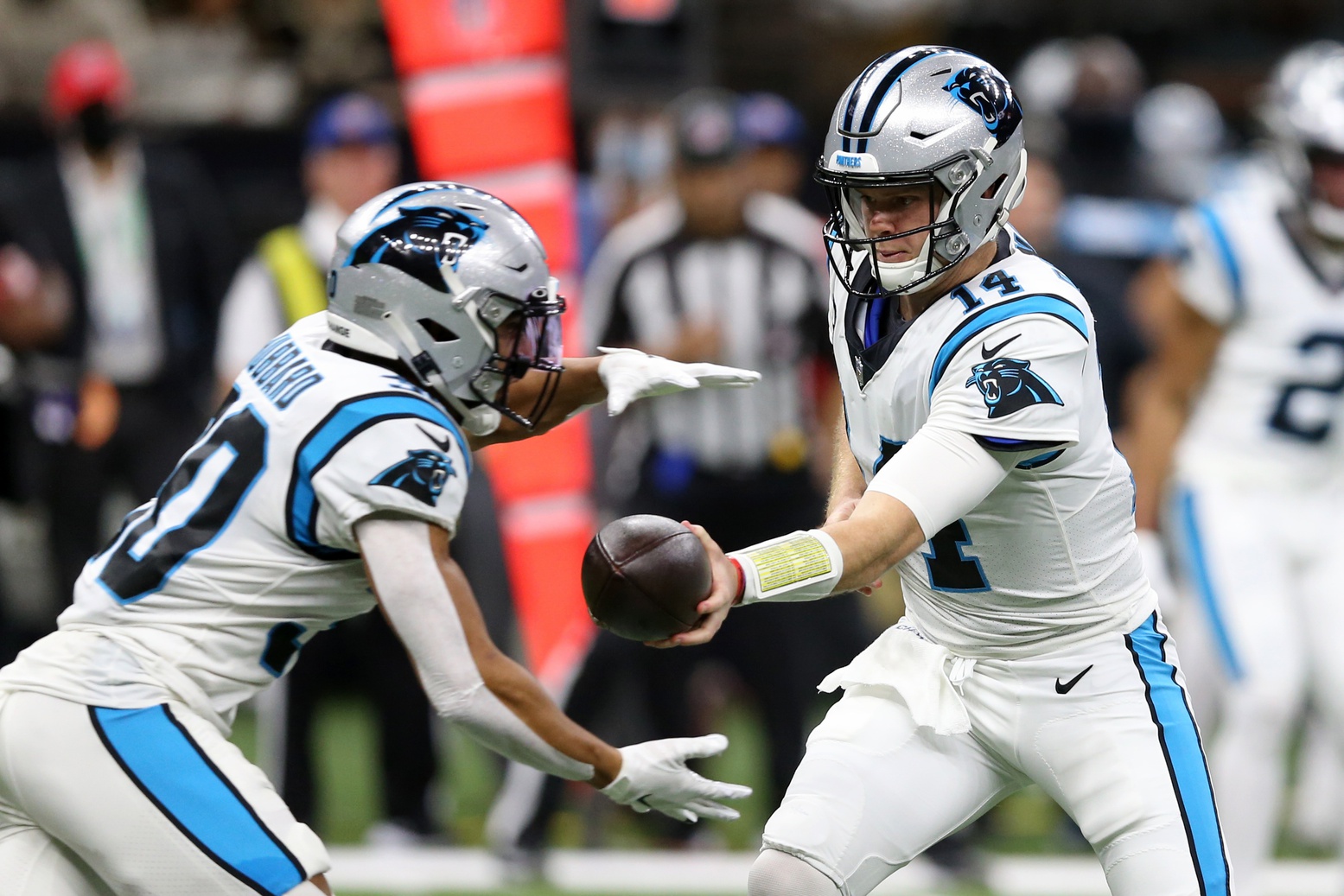 Having gone over their season wins total only once in the last six seasons, the Carolina Panthers can be considered one of the biggest underachievers in not only the NFC but the entirety of the NFL. Last year got off to a promising start with a trio of wins and covers logged against the closing NFL odds. Unfortunately, the schedule got much tougher than the Jets, Saints, and Texans evidenced by their 2-12 SU showing the rest of the way.

It’s never a good sign when your lead shot caller has the shortest odds of being the first coach fired heading into a season (+300), but that’s exactly the case for Matt Rhule in this his third season at the helm in Charlotte. Even after making the move to bring Baker Mayfield in from Cleveland, the Panthers win total stood pat though heavier juice attached itself to the over.

I think there’s talent on this team that could ultimately see it exceed expectations in 2022-23. It however will all depend on how the team deals with the injury bug and is able to march its best weapons onto the field every passing week. Even after partaking in just 10 games over the last two seasons, Christian McCaffrey is still being selected in the top-five of fantasy football drafts; he’s simply just that good and worth taking the flier on.

So you’re telling me that Carolina isn’t at the very least a near .500 team with a healthy RUN CMC in the backfield and a capable field general under center? I’m not buying it! Gimme the over at both 6 and the alternate win total of 7.5 that brings back an attractive +230 pay-off at SugarHouse Sportsbook!

Though it’s managed no more than five wins each of the last three seasons, Carolina’s win total hit the board at 6 with nominal -110 juice attached to both sides. Linemakers seemed to be a bit more bullish than the betting markets even when it was expected Sam Darnold would continue to lead the offense. The number to beat didn’t move an inch after the Mayfield trade was announced, but the vig on the over did increase to -125.

Carolina only went 5-12 SU versus what was considered to be the 10th easiest schedule by Sharp Football Analysis entering last season. This year’s squad will take on another advantageous cast of opponents (14th easiest), and is due some positive regression in the luck category with the team routinely failing to come through in one-score games. It went 2-6 SU in games decided by a touchdown or less last season and has only won 25 percent of games considered to be close the last four years.

The Panthers are going to make a mockery of naysayers’ expectations if they figure out a way to put two competitive halves of football together this season.

Carolina will have an excellent opportunity to get out of the gates hot. It gets the likely Jacoby Brissett-led Browns in Week 1 in a game Baker will undoubtedly be way up for provided he wins the QB1 job. Though not available at SugarHouse, I’ve seen him listed as the +140 underdog to do so. From there, it’s a visit to what I expect to be a much improved GMEN squad with Brian Daboll at the helm, but it’ll be their home opener and jitters could prove to be an issue.

Then it's three straight at home versus the retooled Saints, road warrior Cardinals, and 49ers that will be playing on short rest coming off the Monday nighter against the defending Super Bowl champion and division rival Rams. Hay must be made over those first five weeks if we’re to have any shot of cashing in on the over with three of the next four games coming @Rams, Buccaneers, and @Bengals. Following the Week 13 bye, Carolina will play three of its final five games away from Bank of America Stadium where it’s accrued just 10 wins over its last 30 tries.

With Ikem Ekwonu expected to revamp the Panthers rushing attack and D.J. Moore spearheading a more than capable receiving corps that also includes speedster Robby Anderson and a potential second-year ascension from Terrace Marshall Jr., I like what I see on the offensive side of the ball; especially with a highly motivated Mayfield leading the charge. While the departures of Haason Reddick and Stephon Gilmore will be felt defensively, I still like the makeup of the No. 2 ranked overall unit that registered 39 sacks a season ago.

Inarguably, this is a make-or-break season for the coaching staff. I personally think Rhule has more of a clue than his detractors propose. Provided health isn’t an issue, Carolina could prove to be the most improved team in the AFC South. I don’t think they’re good enough to win it or be a factor in the playoffs, but I do believe enough good fortune is headed their way to take a stab at the over.