Can the Big Dog Kansas Jayhawks Take Down the Big 12 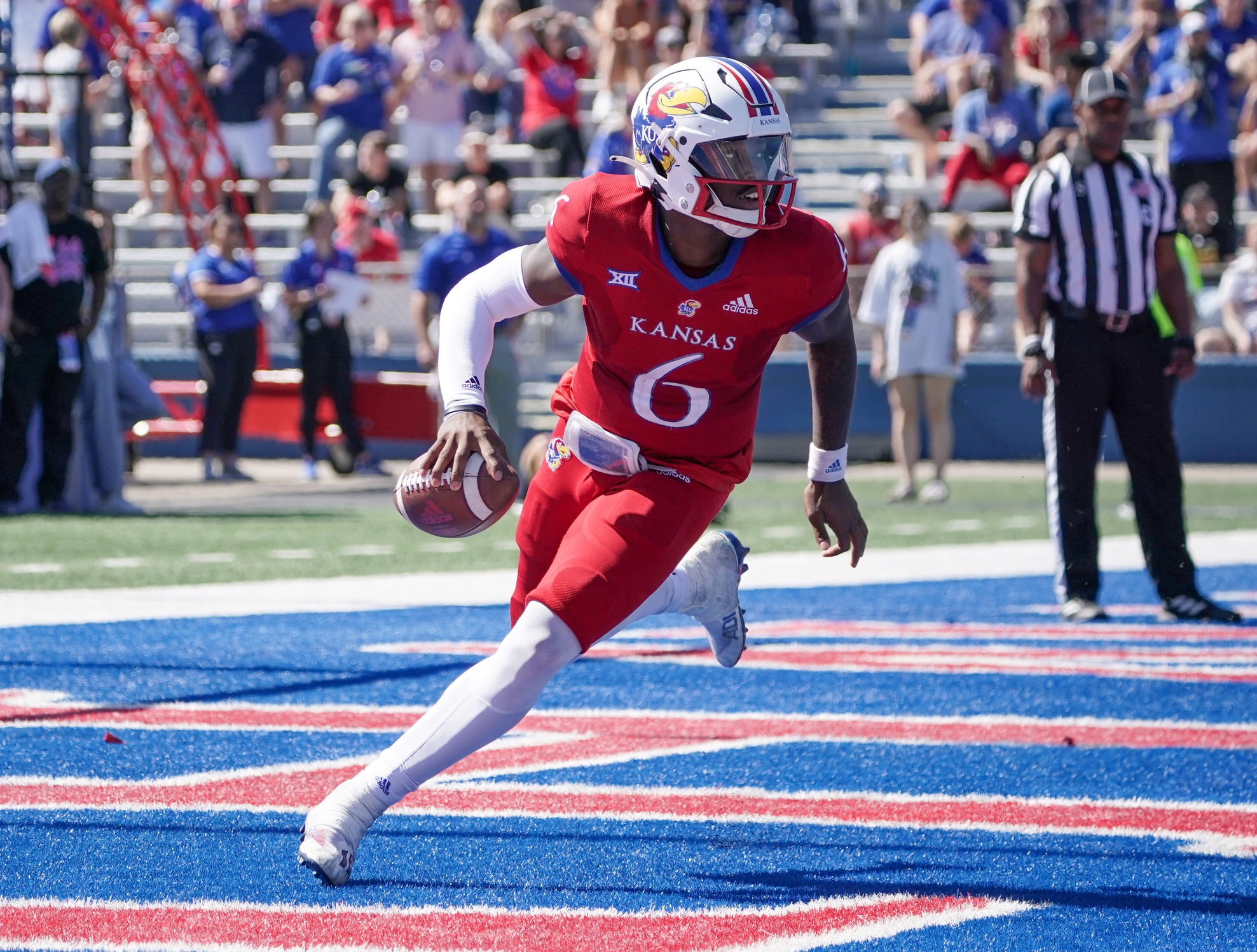 Back in the middle of August, I suggested to take stabs on the Baylor Bears, TCU Horned Frogs, and Kansas Jayhawks as favorite, underdog, and longshot selections to win the Big 12 at BetRivers Sportsbook. Those recommendations are looking pretty good right about now! With a full month of results in the bag, it’s time to revisit the conference and see how those selections are panning out.

Taking a look at the current standings, the conference looks to be upside down with OU and Texas bringing up the rear and both Kansas schools at the top of the totem pole. I had a feeling things would get weird in the Big 12 this season. For right now, that certainly looks to be the case. Let’s take a look at the three teams atop the standings and see if they truly got what it takes to see the Big 12 title all the way through.

I only recommended taking a dart throw with the Jayhawks at 250-1 back in August because I felt they had a chance to surpass their season wins total and cash a number of point spread tickets along the way.

Never in my wet and wildest did I expect Lance Leipold’s kids to be serious contenders for the Big 12 crown. Be that as it may, that’s exactly what’s occurred through the first month of play with KU undefeated at 4-0 both SU and ATS after taking care of business against Tennessee Tech, West Virginia, Houston and most recently Duke. Talk about cashing with ease on a win total!

It’s all about the offense when it comes to the 2022-23 Jayhawks. Jalon Daniels has simply been sensational early on throwing for a tick fewer than 900 yards and an 11:1 TD/INT ratio while also picking up another 320 yards and four scores with his legs. His hot start has gotten some early attention on the Heisman Trophy futures odds at BetRivers (+4000).

He’s one of the main reasons why Kansas is the owner of the nation’s No. 9 ranked rushing attack and No. 4 ranked scoring offense. That being said, the No. 88 ranked defense leaves much to be desired so the Jayhawks are going to need to win a number of shootouts the remainder of the year to have any say in taking home bragging rights. I just don’t see it resulting in the program’s first-ever championship with road games still slated for Oklahoma, Baylor, Texas Tech, and Kansas State.

With only a tough overtime loss to BYU on the ledger through the first four games, Dave Aranda’s kids are certainly meeting expectations with the heart of the Big 12 schedule set to commence. My biggest question mark entering the season was the ability of the offense to put points on the scoreboard.

Blake Shapen has definitely answered the bell throwing for 773 yards and a 7:1 TD/INT ratio while completing nearly 70 percent of his passes. But it’s the running game that butters this offense’s bread with it ranking out as the 26th best unit in the country. While averaging over 40 points per game is impressive, it’ll be interesting to see if the success carries over into conference play.

Baylor arguably possesses the best defense in this conference by a wide margin and that’s ultimately what’s going to put it in a position to go to a big-time bowl come the end of the regular season. A pretty huge game is set to go down in Waco this weekend with Mike Gundy’s Oklahoma State Cowboys set to invade McLane Stadium. Should it come out triumphant in what’s expected to be another defensive grinder, the Bears still have to deal with Kansas, @Texas Tech, @Oklahoma, K-State, TCU, and @Texas the rest of the way. What a meat grinder of a schedule! Regardless, this team is confident and carries itself with a swagger, unlike any other college program. I’m still buying the Bears at 4-1.

Chris Kleiman’s troops have been an early season surprise getting out to a 3-1 SU and ATS start with wins logged against South Dakota, Missouri, and Oklahoma. Last week’s win in Norman saw K-State enter the top 25 of the AP Poll. The recipe to the success has been pretty cut and dry. Run the ball down the opposition’s throat and play a stifling brand of defense.

The 1-2 punch of transfer QB Blake Martinez and RB Deuce Vaughn has been everything Wildcats fans could’ve hoped for with the former rushing for nearly 300 yards and 6 TD and the latter going for nearly 500 and three scores. The tandem is the main reason why K-State is the owner of the nation’s No. 7 ranked rushing attack.

And then there’s the defense which ranks No. 46 overall by way of limiting opponents to an average of just 193.3 passing yards per game. It’s also been very fortuitous in the turnover department having logged a +7 turnover margin (No. 7).

That being said, it’s had a rough go of it defending the run (No. 82). As much as folks in Manhattan want to believe this team has the goods to see it all the way through, that home loss to Tulane is a big red flag in my opinion. The Green Wave got the job done by ripping the Wildcats on the ground, and the Big 12 is littered with some pretty darn good rushing attacks. I’m not buying K-State being a factor come the end of November.