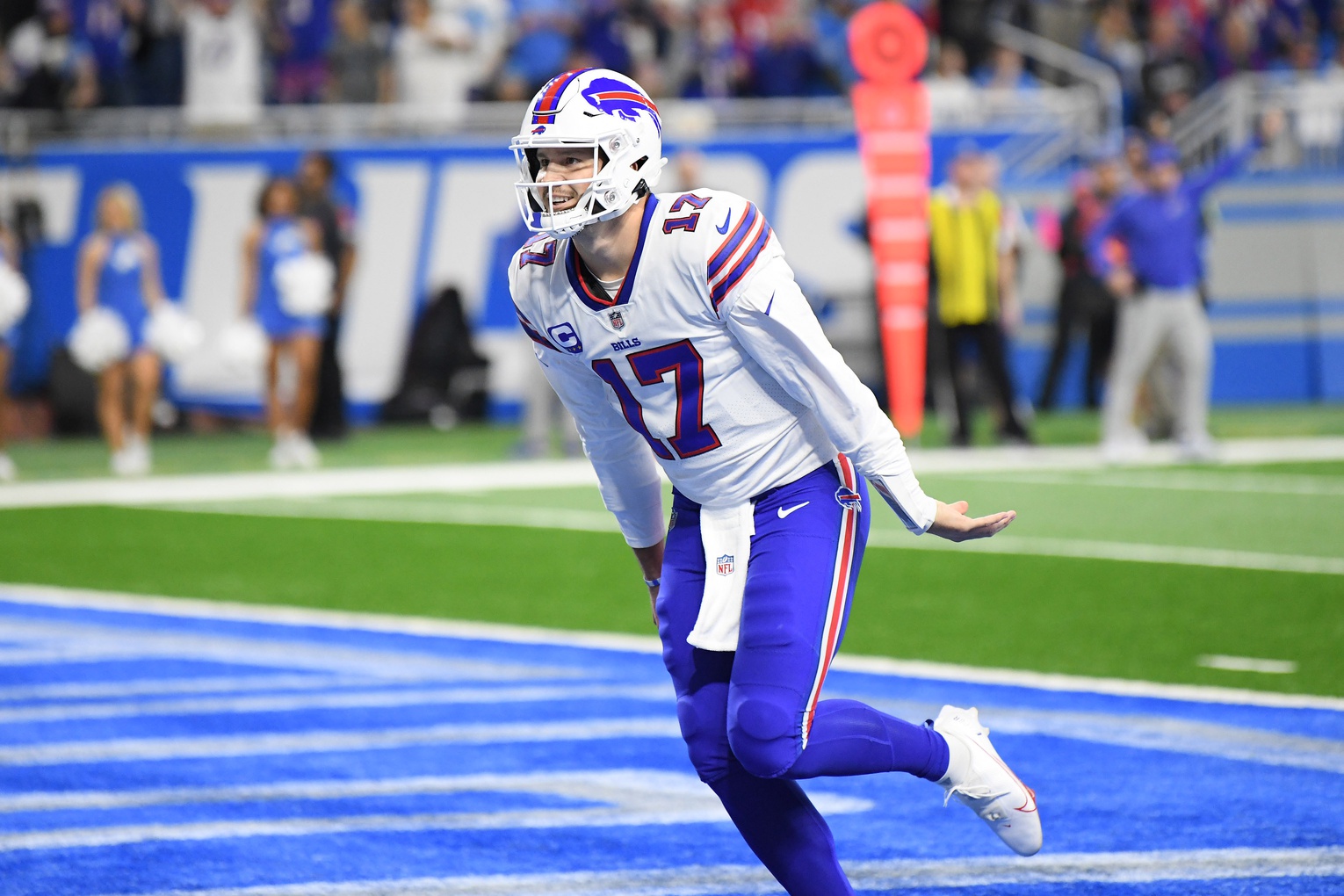 The Miami Dolphins and Buffalo Bills each logged wins in Week 12. However, the latter’s odds to win the AFC East got shorter while the former’s got longer. Does that make any sense? Well, if you’ve been following along here at BetMaker, you’ll know a window was open to buy some more shares of Josh Allen and Co. heading into their neutral site bout with the Cleveland Browns.

With the Fins set to tackle a nightmarish three-game roady that finds it in San Francisco, Los Angeles, and Buffalo, the window is still very much wide open to add some shares of the Bills at a reduced rate. Let’s dig into the current AFC East futures odds at BetRivers Sportsbook and see if anything else demands our attention.

With the tiebreaker over the Bills in hand, the Miami Dolphins currently sit perched atop the division standings with an 8-3 overall record after logging the 30-15 triumph over the Houston Texans. I’m still sickened over not cashing a ticket on the over of their 30.5 team total after putting 30 in the kitty before halftime, but the triumph did move us a step closer towards cashing our positions on Miami’s win total and odds to make the playoffs tickets.

Things could however be taking a dramatic turn for the worst over these next three weeks with road tilts lined up against the 49ers, Chargers, and Bills. I don’t expect it to end well in terms of a division title, but who knows. Mike McDaniel seems to have a solid rapport with his players which could see them outperform my expectations.

The key to doing so would be to keep Tua Tagovailoa upright and healthy. Kind of a murky proposition with both Terron Armstead and Austin Jackson succumbing to injuries last week, and Liam Eichenberg already going down to a likely season-ending knee injury. Sunday’s tilt with the 49ers will be very telling to see if this offense can perform like it has under constant pressure after running up against the Texans, Browns, Bears, and Lions over the last month. Tua leads the league in EPA when under pressure but his front wall has been compromised.

The Bills haven’t looked like the world beaters many expected them to be at the outset of the season, but alas the team has still logged eight wins and is in line for the top overall seed in the AFC provided it keeps winning and Kansas City slips up in the near future. It just survived a pair of games in Motown but likely would’ve lost to the Lions if Dan Campbell nutted up and went for the jugular instead of the tie in the game’s closing minute. Seriously Dan, you were 4-6 and played for overtime? Come on Man!

A very interesting three weeks lies ahead for Sean McDermott’s team with three straight to be played against division rivals starting Thursday night in Foxboro. That game will mark the third straight played away from Highmark Stadium. Then it returns home to deal with the Jets and Dolphins who handed Buffalo 20-17 and 21-19 respective defeats earlier this season.

This is why Buffalo remains favored to win this division regardless of not currently sitting in the catbird seat. The ball is in their court to make the most of it, and I expect them to do just that regardless of all the injuries incurred on the defensive side of the ball which includes the most recent one to Von Miller. Tre’Davious White returned to the secondary versus the Lions and looked pretty darn good in doing so. It might not look like it now, but the Bills remain the cream of the AFC crop. Buy Buffalo futures if you haven’t already!

The New York Jets sure looked like a completely different team with Mike White under center eh? He immediately put a spring into the offenses step allowing for rookie WR Garrett Wilson to have a huge game with a team-high 95 receiving yards and 2 TD. Heck, the ghost of Elijah Moore even surfaced with a change at the quarterback position! After absorbing that gross loss to New England the week prior, it was fun to be a fan of the J-E-T-S Jets! Jets! Jets!

But now the big boy back half of the schedule portion has arrived, and I’m expecting Robert Saleh’s troops to get put in their place with four of their final six games to be played away from MetLife Stadium. It starts this week in the Twin Cities against the Vikings, and is followed up with a trek into Buffalo to deal with Josh Allen and the BillsMafia.

After splitting its last two games against the Patriots and Bears, the team’s in-season win total remains 9.5. I held off investing on the under a few weeks ago due to the excessive chalk attached to it, but it’s currently a more reasonable -119 at BetRivers now – that’s a bet!

I’m still gunning for that middle of the New England Patriots win total with tickets on under 8.5 and over 7.5. Thanksgiving night’s sickening loss and non-cover at Minnesota even though it won the turnover battle and racked up 400+ yards on the Vikings made the path of doing so a bit easier. Do you see three more wins on a docket that reads Buffalo, @Arizona, @Las Vegas, Cincinnati, Miami, and @Buffalo?

I think “The Hoodie” would be very lucky just to split those final six games. Linemakers don’t foresee this team even qualifying for the playoffs with “No” currently -265 after sitting -177 when I last reported weeks ago. I think my initial wager on the under of 8.5 wins is very much alive so I’d invest now if you haven’t already.