Buy the Discount on the 49ers Winning the NFC West 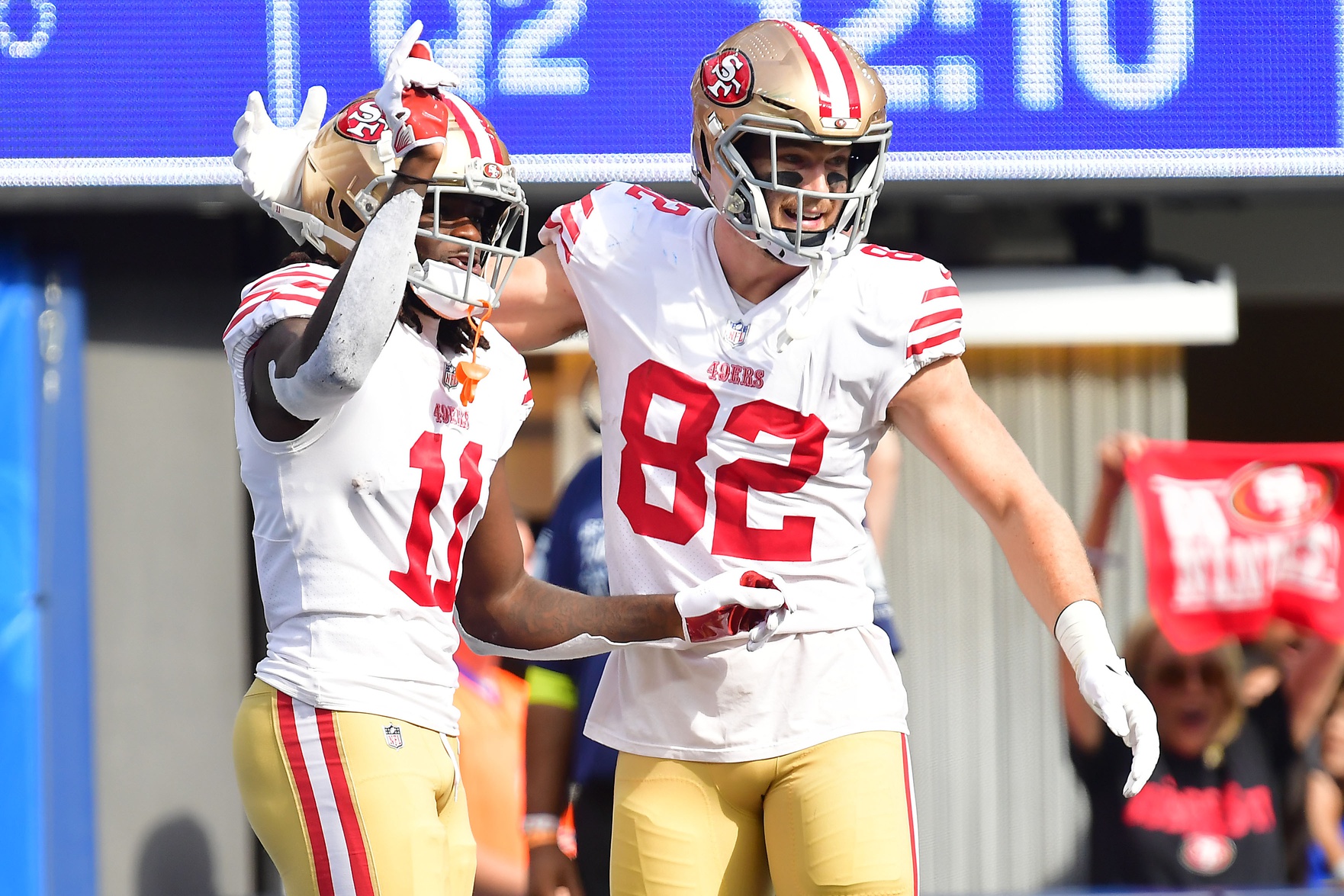 Entering the regular season, the Los Angeles Rams were the choice of linemakers to win the NFC West. On the flipside, the Seattle Seahawks were expected to bring up the rear. Fast forward nine full weeks of NFL betting action, and it’s Pete Carroll’s troops that sit atop the standings and Sean McVay’s bringing up the rear along with the Arizona Cardinals. My team – the San Francisco 49ers – enter Week 10 rested off the bye. I championed Kyle Shanahan’s squad to win this division at the season’s outset, and I still believe they’re the team to beat. Same goes for the folks over at PointsBet Sportsbook who have the Niners installed the chalk even though they’re looking up to Geno Smith and Co. in the current standings.

Let’s take a deep dive into the division’s current futures odds and see if anything should be added to the portfolio heading into Week 10.

San Francisco has nine games remaining on the docket coming in fresh off the bye. Of those contests, six will be held in the comforts of Levi’s Stadium with two on the road and one against the division rival Cardinals to be played in Mexico City. That’s an enormous advantage in my book, and it’s one Jimmy G and his mates are likely to make the most of. Three of the squad’s losses have come on the road against the Bears, Broncos, and Falcons. Head scratchers no doubt! However, the lone defeat at home came against the Chiefs in a game San Fran was extremely shorthanded on the defensive side of the ball. That’s the main reason why they gave up 44 points to Kansas City in an ugly defeat.

With Christian McCaffrey now having an off week to familiarize himself even more with the playbook and Deebo Samuel likely to return healthy for the stretch run, I think NFL bettors are about to see the best the 49ers have to offer. We’re currently getting a discount with the team sitting two games in back of Seattle in the win column. It’s a -350 favorite to return to the playoffs, yet its readjusted wins total is only 9.5; mind you with heavy juice attached to the over. Not only should you be betting this team to win the division, but you better get some pieces of it winning the NFC and Super Bowl LVII. The rates of return currently chime in at +475 and +1200 respectively.

With four straight winnable games ahead versus the Chargers, Cardinals, Saints, and Dolphins, the time is now to add Niners futures if you haven’t already!

Seattle opened the year 20-1 to win the NFC West. Fast forward to Week 10, and they’re only offering up a +130 return. My how the disrespected have risen! On a serious note, nobody outside the Emerald City gave this team a chance in hell of competing for division bragging rights heading into that Week 1 revenge bout with Russell Wilson. Even after defeating the Denver Broncos by the slimmest of margins, they still weren’t being taken seriously. It wasn’t until they throttled the Chargers in Tinseltown back in Week 7 that NFL bettors started buying stock in Geno Smith and his mates.

This is a playoff team folks! Like it or leave it, you’re going to have to come to terms with it. Three players are currently in the running for major awards come the season’s end, and it heads into Sunday’s tilt with the Bucs in Munich winners of four straight games both SU and against the closing NFL odds. On top of that, the defense has really started to come around and flourished due to Kenneth Walker III running like a 5-year vet. This team seriously has it in it to win this division, but all the value of that occurring has evaporated. Though it already surpassed its 5.5-game wins total, oddsmakers don’t seem to have bought in. Their readjusted wins total clocks in at 9.5 at PointsBet with reduced -105 juice on the over. I’m not buying fewer than four wins remaining on this schedule – gimme the over!

The Rams have seen their season wins total go from 10.5 to 9.5 since last reporting to 8.5 heading into Week 10 with heavy -165 juice still attached to the under. I still don’t think its low enough and would lay the excessive chalk if not already holding onto a full season under ticket and grinning ear-to-ear about it. Even at 12-1, I want absolutely nothing to do with this team competing with San Francisco or Seattle for top honors. The offense has been an utter joke, and it largely has everything to do with the ineffectiveness of the hogs up front. LA was even money to not make the playoffs after beating Carolina before going on bye. I recommended hitting “No” then. It’s now -250 and is still a bet in my opinion, but I never lay that type of chalk.

With Matt Rhule and Frank Reich being shown the door over this past month, Kliff Kingsbury remains the +150 ringleader to be the next coach fired. It’s only a matter of time people! I honestly have no idea how he’ll still be roaming the sideline in Week 10 with the team in constant disarray seemingly every passing Sunday. Sitting 3-6 SU and 4-5 ATS, I’m very comfortable with the under 8.5 position taken at the season’s outset. Zona’s readjusted in-season wins total currently clocks in at 6.5 with heavy -130 juice on the under, and “No” to make the playoffs is -2000. This team isn’t competing for the NFC West crown or a wild card slot into the second season!