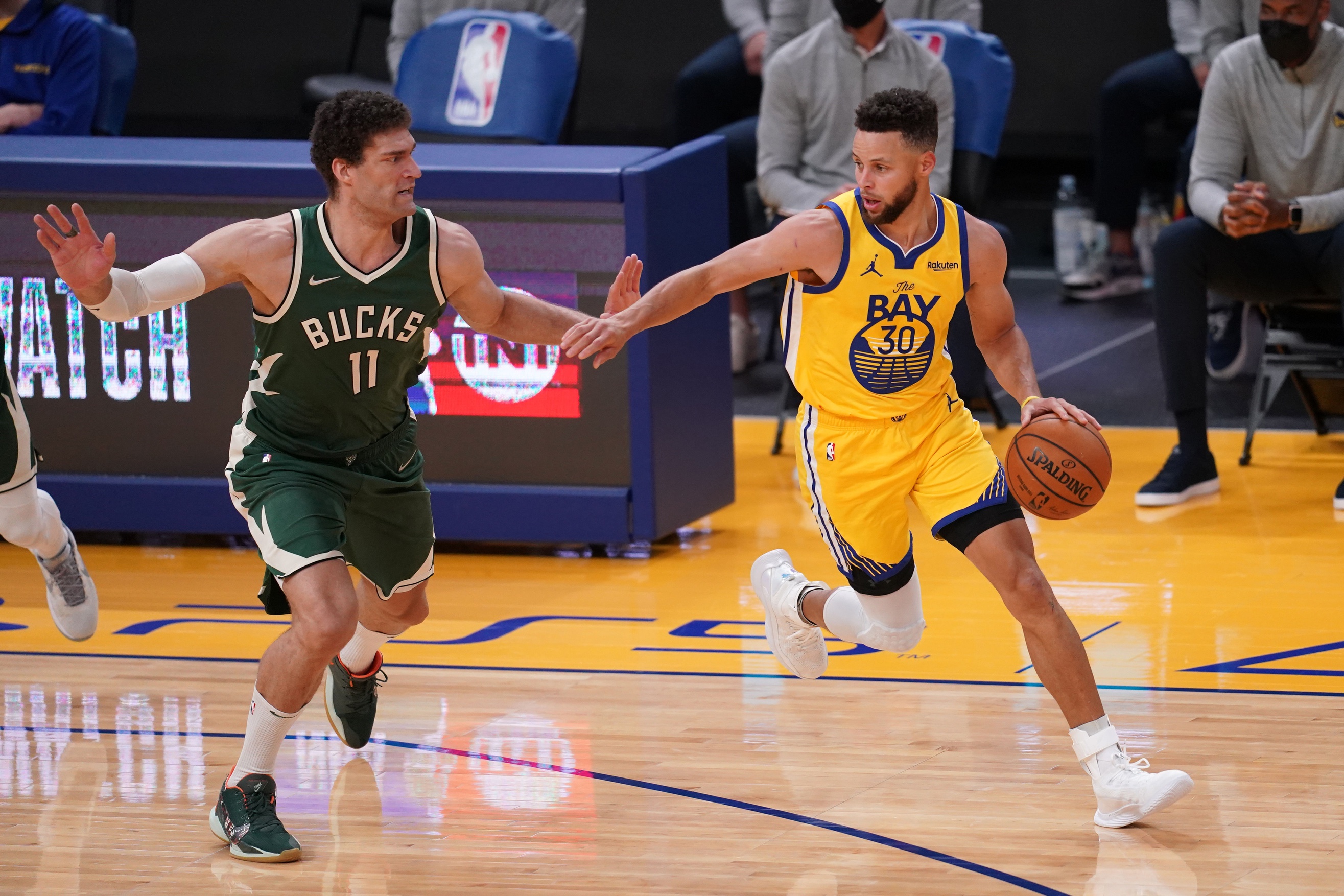 The defending champion Milwaukee Bucks are on a roll heading into their primetime matchup with the Golden State Warriors on Saturday night. The Bucks put together their third winning streak of at least five games by downing OKC 142-115 on Tuesday. They’ve also won five of their last six road games averaging over 128 points in those games and they’ve been a top NBA pick against the spread with five payouts in that span. There are a number of potential NBA Finals matchups on the table, but wouldn’t a series between recent champions and two-time MVPs be special for the league?

The teams have been going in opposite directions recently but they’re both well positioned in their conference. The Bucks have experienced a number of positive and negative streaks this season and they are currently one of the hottest teams in the NBA. They beat OKC on Tuesday for their fifth consecutive triumph scoring a season-high in the 142-115 verdict earning their third straight payout and fourth in five games. They improved to 41-25 SU and 30-36 ATS while becoming a top NBA Finals pick by knocking off East contenders Chicago and Miami in that surge. They also earned a payout win over Phoenix in a NBA Finals rematch.

The Warriors are weathering the storm until reinforcements arrive, and that should be soon. Unfortunately they won’t have Draymond Green available for Saturday’s tilt as they take on the league’s top offense. Green isn’t the only reason why the Dubs have struggled lately, though his absence is noticeable. His tenacity on defense has been missing leaving the Warriors vulnerable. They surrendered a bunch of points during their five-game skid allowing at least 122 points four times. Toss in their offensive touch and the OVER was 4-0 in those games. While they ended the slide with a payout win over the Clippers on Tuesday, Golden State has been a less profitable NBA against the spread pick recently going just 3-10-1 ATS in their past 14 games.

The Bucks are more than just Giannis Antetokounmpo, though they are a much better team with the Freak on the floor. That’s actually a no-brainer since he averages 29.4 points on 54.7 percent shooting while hauling down 11.5 boards per game. You can’t consistently win games with only one player contributing and the Bucks have guys who know their roles. While they aren’t role players and don’t get the pub Antetokounmpo does, Khris Middleton and former NBA first round pick Jrue Holiday are just as important. Middleton averages over 20 points and had a huge game against the Suns.

With Phoenix holding Giannis to 19 points, Middleton went off for 44 hitting 16 of 27 from the field and 5 of 9 from distance. Heck, Giannis wasn’t even the team’s second leading scorer. Holiday also had a big game making 4 of 5 triples for 24 points. Serge Ibaka was a good addition with Brook Lopez on the shelf. He’s averaged 7.0 points and 20 minutes in nine games since being acquired. Serge recorded a double-double with 14 points and 10 rebounds against the Suns.

The Warriors were battling Phoenix for the best record in the NBA for most of the season until their recent funk left them clinging to third in the West. It’s hard to imagine a team changing fortunes so suddenly, but that’s what happened. Just a week before the All-Star break the Dubs were riding a nine-game winning streak and were 41-13. The slide started with a 26-point loss to Utah and they also dropped games to the Knicks, Clippers and Lakers as part of their 2-9 SU and ATS stretch. You can’t blame that skid on injuries, though the loss of Green had an impact. A Steph Curry shooting slump and blowing big leads to New York and Denver were low points.

Every team goes through a rough spell over the course of a long season and the Warriors will be getting players, namely Green and Andre Iguodala, back soon. That has them as a top NBA Finals pick at SugarHouse sportsbook. Instead of worrying about the top seed in the West, the Warriors have fallen behind Memphis and allowed Dallas and Utah to sneak up on them. Following their win over the Clippers, the Warriors led the Jazz by 3.0 games and the Mavs by 3.5 for the third seed.

Their makeup game earlier in the week threw a wrench in the Warriors plans. It changed their travel schedule and left them with a lot of basketball in a short time. I think the Dubs will be fine in the long run, but facing a Bucks squad that is playing superb is a challenge, even at home. The Warriors have had issues defending athletic post players and have a few to deal with on Saturday. Giannis could have a big game and that has me leaning toward backing the OVER.