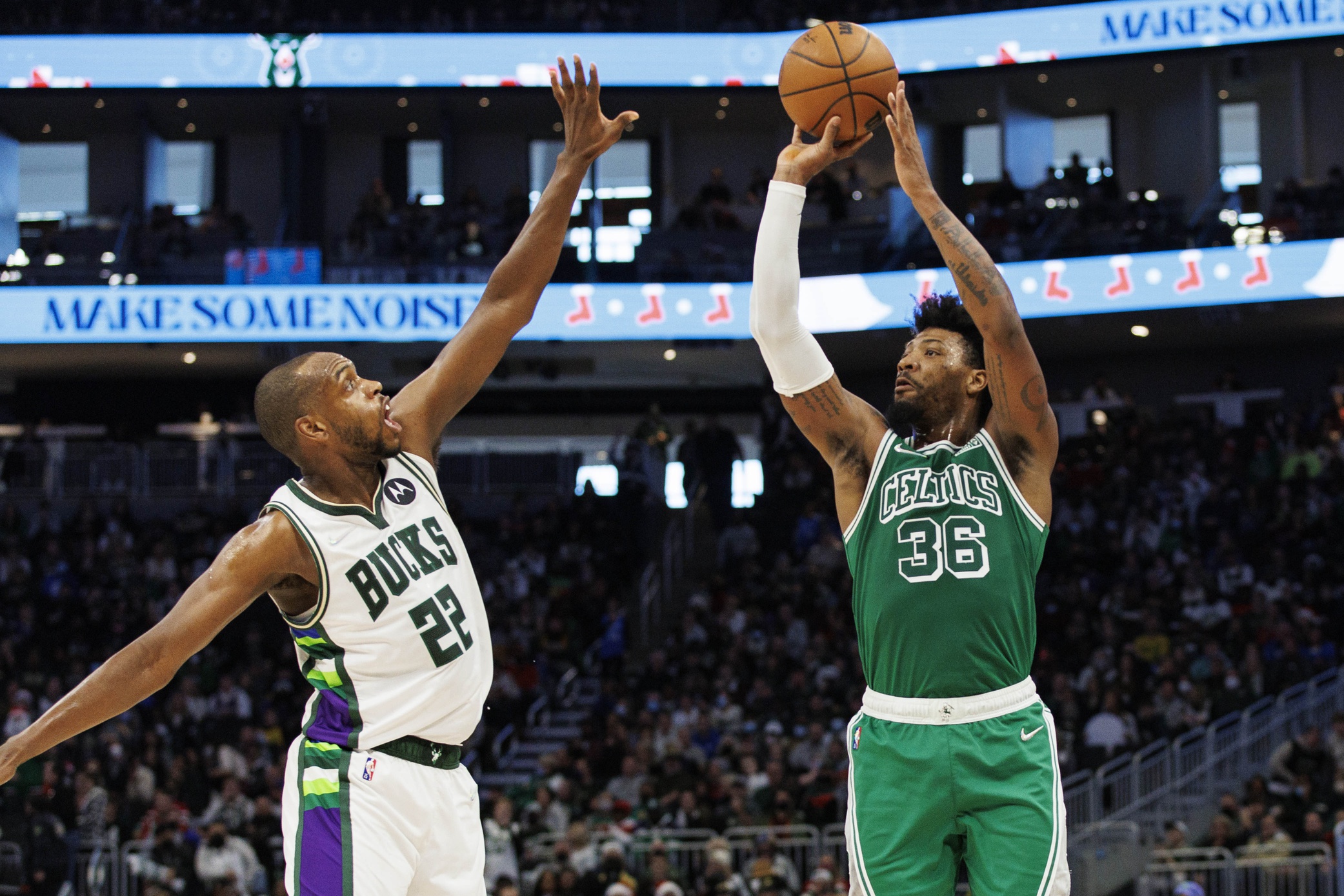 The Milwaukee Bucks visit the Boston Celtics in Game 1 of the Eastern Conference semifinals on Sunday at 1:00 p.m. Eastern on ABC. The Bucks are coming off a series win against Chicago, while the Celtics are coming off a series sweep of Brooklyn. The Celtics have the home court advantage in this series and they also have another major advantage, as the Bucks will be without Khris Middleton who is out due to an MCL sprain. Middleton is not expected to play at all in this series. Middleton averaged over 20 points per game this season for the Bucks and was their second-leading scorer. Let’s look at the matchup between Milwaukee and Boston and Bucks vs. Celtics Game 1 picks.

The Bucks are the defending NBA Champions and they have Giannis Antetokounmpo so they are not without a chance to win this series. Giannis averaged almost 30 points per game this season and he pulled down nearly 12 rebounds per game. The Bucks also have Jrue Holiday who led the team in assists at 6.8 per contest.

The Bucks averaged 115.5 points per game this season, which was 3rd-best in the NBA. Milwaukee’s problem this season was defense, as they gave up 112.1 points per game, 19th in the league. The Bucks are going to have to find a way to make up for the loss of Middleton. "We miss Khris; I don't think anybody underestimates how important and how effective he is for us.” head coach Mike Budenholzer said to the media, “While we don't have him, we've got to be our best all up and down the roster." Bobby Portis went into the starting lineup after the injury to Middleton and he has averaged 16 points and 13 rebounds in his first two playoff starts. If Portis can continue to play at that level, then the Bucks have a chance in this series.

The Celtics have been the best team in the NBA over the last three months and they look ready to take out the Bucks in this series. Boston won 26 of their last 32 regular season games. The Celtics rolled over the Nets in the previous series and they played excellent defense on Kevin Durant. It will be more difficult in this series, as they face reigning Finals MVP Giannis Antetokounmpo, who has averaged nearly 27 points per game against Boston in the playoffs. The Celtics threw everyone at Durant in the last series and it worked but Giannis is a much more physical player than Durant.

The problem for Milwaukee is that they don’t have enough defense to stop Boston. The Celtics have four players who average double-digits in scoring. Milwaukee will need to score a lot of points in this series to have a chance and that won’t be easy without Middleton. The Bucks are also facing a Boston team that led the NBA in defense. The Bucks are still a good team, but Boston is rested and ready to show everyone that they are an NBA title contender. I’ll lay the points and take the Celtics to win Game 1.

Check out the latest NBA Playoff odds at SugarHouse Sportsbook.