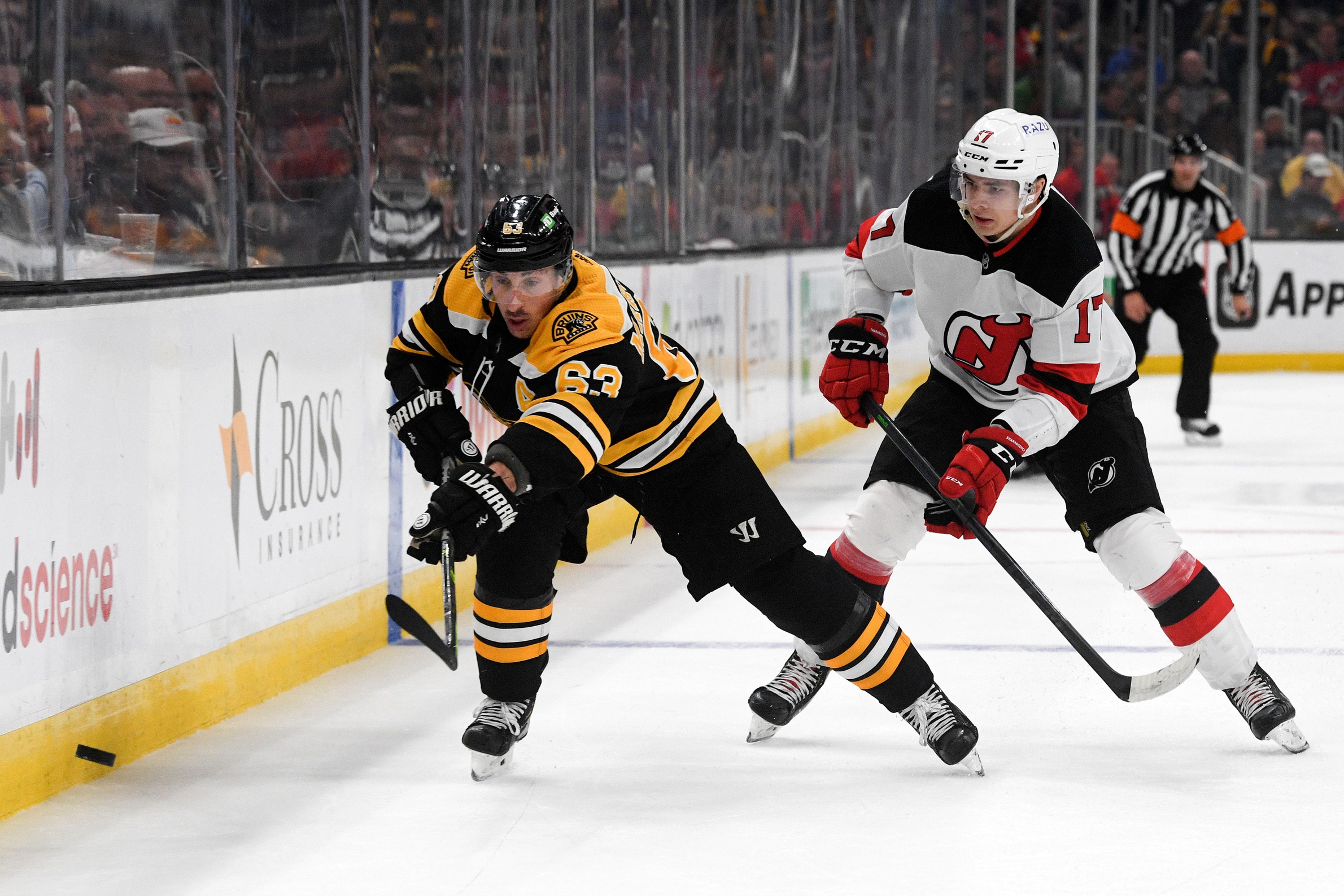 The Boston Bruins visit the New Jersey Devils on Wednesday night in a game that can be seen on TNT. This will be the second time in less than a week that the teams will meet, as last week it was Boston winning at New Jersey by a score of 4-3. The Devils have been off since that defeat, while the Bruins had to play in Ottawa on Tuesday night. Boston comes into this game with the best record in the NHL, while the Devils are in second place in the Metropolitan Division. It has been all Bruins in this series of late, as they have won the last four meetings. The recent games have also been high scoring, with each of the last five games going over the total. Let’s look at Bruins vs. Devils picks.

The Bruins went into this week with just four regulation losses on the season. It is amazing just how good Boston has been this season. They are six points in front of Carolina for the best record in the league. Boston does pretty much everything well, as they are 2nd in the league in goals per game at 3.9 per contest. They are 3rd on the power play at almost 30%. The Bruins lead the league in fewest goals against at 2.2 per game and they are 1st in penalty killing at just over 85%. David Pastrnak leads the team in points, while goaltender Linus Ullmark leads the team in wins.

Boston is a perfect 9-0-0 this season against teams from the Metropolitan Division. They have averaged 4.2 goals per game in those contests and allowed just 2.2 goals per game.

The Devils broke a long losing streak last week by winning against Florida but New Jersey couldn’t keep the momentum going, as they lost the following game against Boston. New Jersey is 8th in the NHL in goals per game at 3.4 per contest. They are struggling a bit on the power play at just 19.6%, which is 24th in the league. The defense has been very good, as the Devils are giving up just 2.5 goals per contest, 3rd in the league. They are 10th in penalty killing at 80.6%. Jack Hughes leads the team in points, while goaltender Vitek Vanecek leads the team in wins with 12.

Boston is in the second half of a back-to-back and they are just 4-6 in their last 10 games in that situation, although they are 2-1 this season. Seven of those games went over the total, two went under, with one push.

We got a nice win last week with New Jersey and it is tempting to take them again, but Boston has been so good it is tough to go against the Bruins in any situation. This is a back-to-back for Boston, so it won’t be an easy game for the Bruins. These teams scored seven goals in their meeting last week and I see no reason that Wednesday’s game will be any different, plus Boston usually goes over the total in the second half of back-to-back’s. I’ll go over the total with the Bruins and Devils on Wednesday.