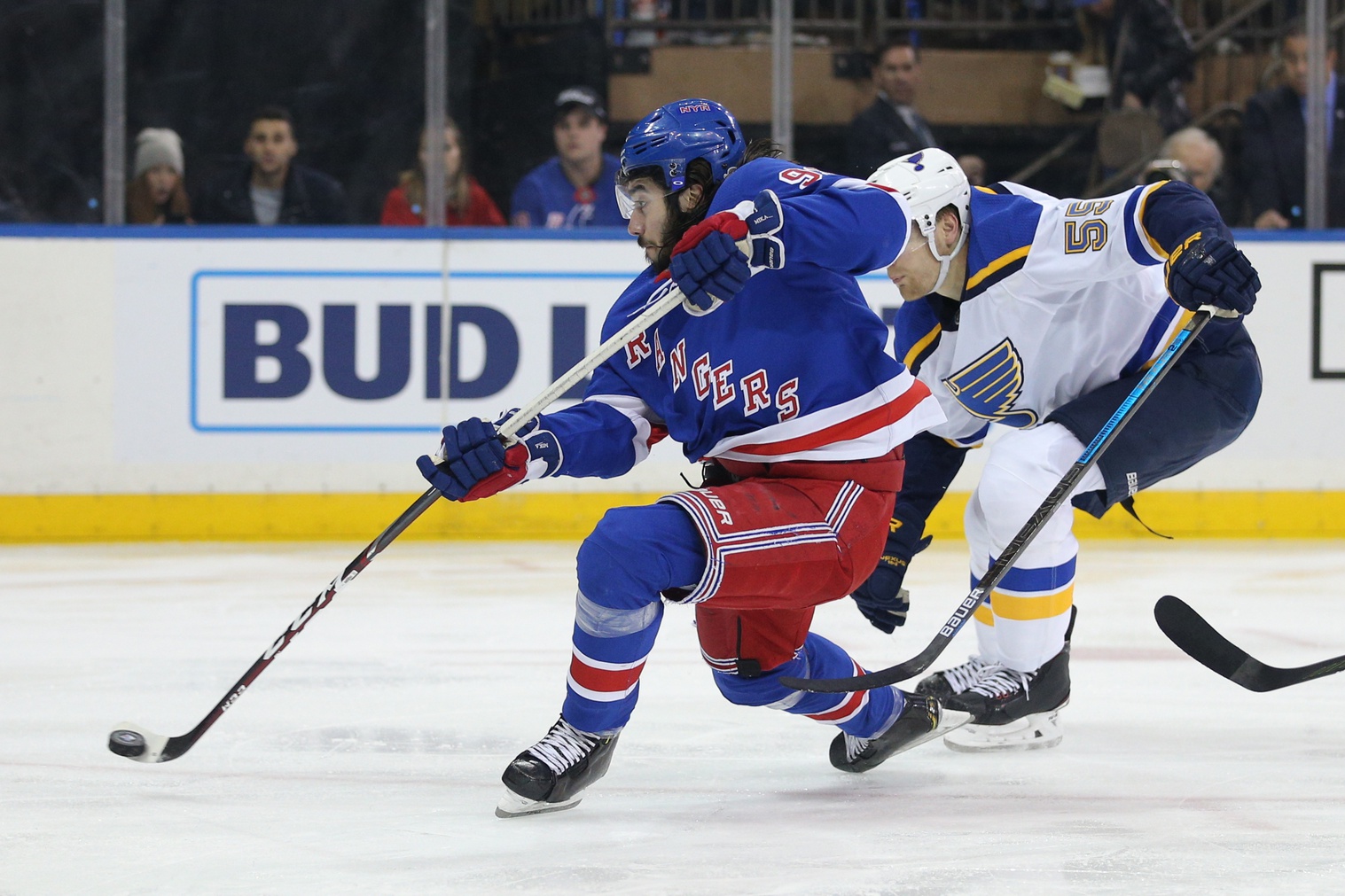 Teams with their sights set on the Stanley Cup playoffs get together Wednesday night when the St. Louis Blues visit the New York Rangers in an interconference battle. The clubs are going in opposite directions ahead of their first meeting in two years. The Blues extended their winning streak to four with a shutout of the Chicago Blackhawks on Sunday while the Rangers lost both games over the weekend – 1-0 to Pittsburgh on Saturday and 5-2 to Vancouver on Sunday. both teams are positioned among the top three in their respective division, but considering how tight the standings are there is little margin for error.

With COVID gripping the sports world for the past two years and forcing changes in the schedule, we haven’t seen many East vs. West matchups until this season. This will be the first meeting between the clubs in almost exactly two years. They last played on March 3, 2020 with the Blues escaping with a 3-1 victory, their second straight in the series. A lot has changed since then so don’t put too much into those NHL picks.

The Blues were the last team to win the Stanley Cup before Tampa’s title run. And St. Louis is looking a lot like that team going 32-14-6 this season. They are currently second in the Central Division behind Colorado, which has the most wins and points in the NHL entering the week. The Blues are a serious Cup contender with the latest NHL future picks at Sugarhouse sportsbook positioning them at +2100.

It’s safe to say the Rangers have exceeded expectations under first-year coach Gerard Gallant. They had a six-game point streak stopped on Saturday and they have yet to lose three consecutive games in regulation. Much of their success has come thanks to the play of goalie Igor Shesterkin, who leads the NHL with a 1.95 GAA and .941 save percentage.

The Rangers also have one of the top goal scorers in the NHL in Chris Kreider. His 34 tallies rank third in the NHL, but goals have been hard to come by lately for the Blueshirts. They scored two or fewer goals in five of their last six games with the UNDER going 5-1 in that span.

With each of their last 10 wins by two goals or more, the Blues are one of the most profitable NHL picks vs. the spread going 31-21. And things are looking even better for them now that Jordan Binnington has regained his form. Struggles earlier in the season forced Binnington to concede his role as the team’s No. 1 goalie in favor of Ville Husso. In his 20 games the Finnish netminder is 13-3-1 with a 2.03 GAA and .935 save percentage.

Binington stopped all 30 Chicago shots on Sunday and has allowed just one goal in his last two starts. St. Louis surrenders 2.7 goals per game to rank seventh in the NHL and outscores its opponents by 47 goals, the third-highest margin in the Western Conference.

The Blues can put the puck in the net, too. They average 3.6 goals with six players netting at least 16 so far. And that balance carries over to the power play. St. Louis converts nearly 27 percent of the time with the man advantage with eight players scoring at least four PPGs.

The Rangers aren’t as flashy offensively, though they do have some snipers. The recent dry spell is likely just a rough patch. They average 2.9 goals with Mika Zibanejad second to Kreider with 20 goals. New York could use a healthy dose of secondary scoring since the top two account for over 34 percent of the team’s scoring.

Close games aren’t good for the ATS record with the Rangers 26-27 against the puck line. They’ve also cashed the UNDER 33 times in their 51 games.

The Rangers are one of the better teams on home ice this season sporting a record of 17-5-3 putting them $586 in the black. And they haven’t lost three straight games in regulation all season so the odds are on their side in this matchup. I’m not confident enough to wager on them, though. New York has played over its head and Shesterkin has put up Vezina Trophy winning numbers. I’d rather play the UNDER in a game featuring two gifted defensive squads that punish opponents.

NHL Pick: Blues at Rangers UNDER