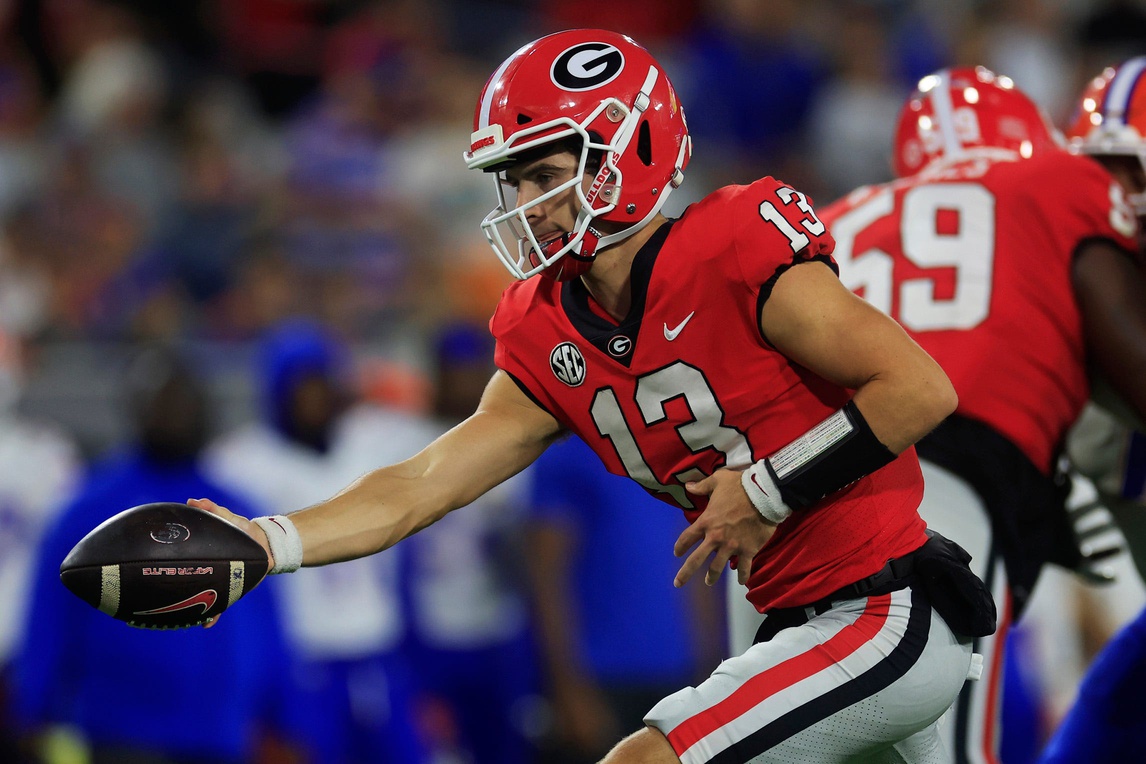 It’s been a month since I last reported on the futures odds to win the SEC title. The landscape hasn’t changed much with Georgia, Alabama, and Tennessee atop the current futures odds, but this upcoming weekend will be huge with the Vols set to go Between the Hedges and the Crimson Tide paying Death Valley a visit. If you got a dog in this fight, now is the time to go all-in and get the best of a number!

Let’s take a deep dive into the current offerings at BetRivers Sportsbook and see if anything should be added to the season-long portfolio before “Judgement Saturday” plays out.

If you’ve been banking on a plus-money return on the defending champs repeating, now is the time to strike with Kirby Smart’s troops even money to win the SEC a second straight season. That won’t be the case on Monday should Georgia stymy the title hungry Volunteers. Though not as dominant as last year’s team, the Dawgs still own an impressive +250 point differential and have taken down every opponent that’s gotten in the way.

I personally think it to be fool’s gold however and fully expect Stetson Bennett and Co. to have their hands full come Saturday afternoon. Georgia has run up against what I consider to be the easiest schedule strength of the top-four teams in this conference. Remember, that 49-3 skunking of Oregon occurred in the season opener with Dan Lanning making his Ducks debut. I’d be willing to make a big bet the current Ducks team doesn’t get waxed like that!

Though the Crimson Tide only have one loss to their credit this season, it likely would be two had Texas QB Quinn Ewers not been knocked out early of the 20-19 escape in Austin. Please football gods, put an end to the possibility of Nick Saban heading to another SEC title game!

This team as it is currently constructed doesn’t deserve to be there. It barely got by an average Texas A&M team as 24-point favorites, and got handled by the Vols before making a furious comeback to make a game of it. Bryce Young is nothing but an afterthought in the Heisman Trophy race. For the love of god put this team to bed LSU!!

When last reporting about Josh Heupel’s Volunteers, I said I was buying what the team was selling but needed to see more big games won before going all-in. Since then, Tennessee trounced LSU 40-13 in Death Valley and followed it up with that exhilarating last second 52-49 outright win over the Crimson Tide as near 10-point home underdogs. Most impressive however was last week’s 44-6 skunking of Kentucky knowing full well a date with the champs in Athens was on deck. There was no overlooking!

Hendon Hooker is now the co-fav to win the Heisman at BetRivers along with Ohio State’s C.J. Stroud. He’s the ringleader of an offense that ranks No. 1 in the land by a country mile. College football fans need new blood in the College Football Playoff. Make it happen football gods! A bet on Tennessee now is basically getting them at +112 to win the next four against Georgia, Mizzou, South Carolina, and Vanderbilt. Get by the first test, and it should be smooth sailing. Then it’s a rematch with either LSU or Alabama, or a showdown with Mississippi. Either way, Tennessee takes home bragging rights regardless if able to get out of Athens with the dub.

The wildcard of this quadrant is undoubtedly Brian Kelly’s Tigers who’ve done what’s needed to put them in a position to contend for the title by excelling at a much faster rate than any college football pundit expected. The beat down at the hands of the Vols aside, Jayden Daniels and his mates have been extremely impressive in recent weeks taking it to Florida in “The Swamp” and following it up with a curb stomping of Ole Miss back home.

Should it build upon the win streak on Saturday back home against Bama – something I don’t foresee occurring - their odds of winning the SEC will continue to shorten up – they clocked in at +15000 a month ago!