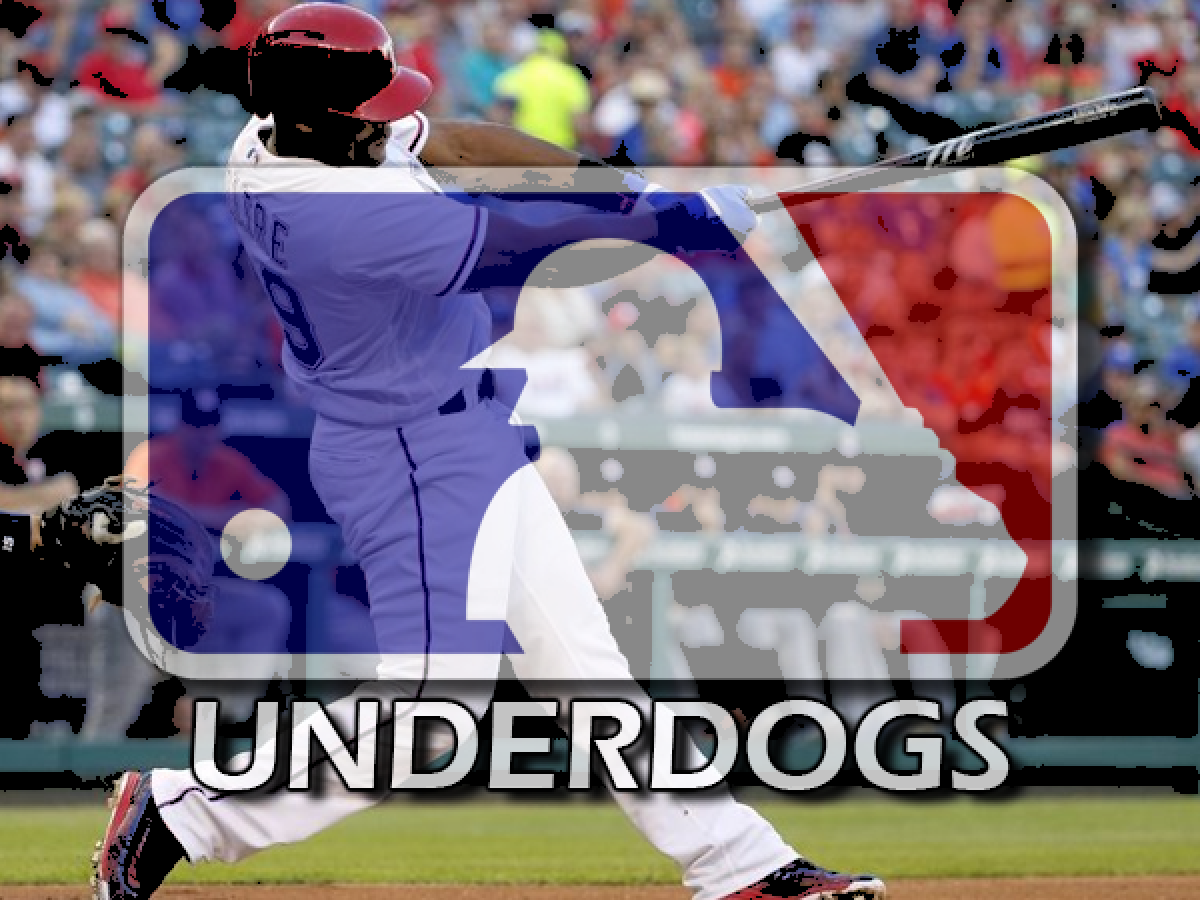 It may surprise many gamblers to discover that underdogs win a higher percentage of games in baseball than in any of the other major sports offered on the board. Then when you consider that in baseball underdogs are priced at plus money, often at very high plus money, that depending on the situations a bettor can turn a profit betting purely on underdogs, even if he doesn’t hit even half of the bets straight up. Again, this is because the plus money element involved in wagering on baseball dogs. With that in mind let’s examine why betting underdogs is usually the better way to play.

Why Underdogs Win in Baseball

Now take into account such contending teams after being heavy favorites of -160, -200 or more and it starts to become evident that losses can become quite expensive. In fact, many of the more expensive defeats can wipeout wins. For example, if you won $100 on a team that then lost its next game as a -200 favorite you are instantly $100 in the whole despite that team splitting the two games. Even if you win two games at $100 per game and blow one at -220 you are in the red. This illustrates the potential danger of betting heavy favorites and the potential value of taking underdogs.

It has often been said that every team in baseball is guaranteed 54 wins and 54 losses. It’s those other 54 games that determine the fate of the campaign.

Perhaps more than any other sport baseball wagering success comes down to the old choice of going with sharps or squares.

The New York Yankees or Los Angeles Dodgers as home favorites, especially against weak teams, are always the first place that casual or square bettors will look. To these bettors the price doesn’t really matter, even if it is -200 or more, or even -300 plus. While there may be some grumbling about laying out those prices the squares will do it anyway. After all, how can a subpar team beat the powerful Yankees or Dodgers at home? But they do frequently over the long course of the Major League Baseball Season

To be blunt squares love home favorites. They hate underdogs, especially when those teams are on the road. This is where the online sportsbooks clean up. The squares fall right into the trap.

On the other hand, sharps do just the opposite. Many of the best baseball gamblers will categorically refuse to lay any money on a chalk, period. End of discussion. They know that in the long run the money is with the underdogs. Sharps also know that the linemaker knows the masses will gravitate towards the popular marquee power teams and good clubs playing at home. This means that the road teams often get enhanced value and more of a price than what is actually deserved.
But how to assess which underdogs merit consideration?

Quality Major League Baseball teams will win their share of road games. That is a trait that all top contenders will share. And for those bettors that do want to take the Yankees and Dodgers, the time to do so is when they are on the road. Even the power teams get better prices on the road. Especially when they are playing another good team that is the home chalk. This is where you can get both quality and price. All it takes is the nerve to make the smart play.

Sportsbooks are not thriving because the masses keep getting paid for betting on massive home chalks. In fact, those are the fools “keeping the lights on.” In many cases when you bet the road dog you are betting with the house. And that’s always the right side to be on.