Bet the Jaguars, Falcons, and Raiders to Win Outright in NFL Week 15 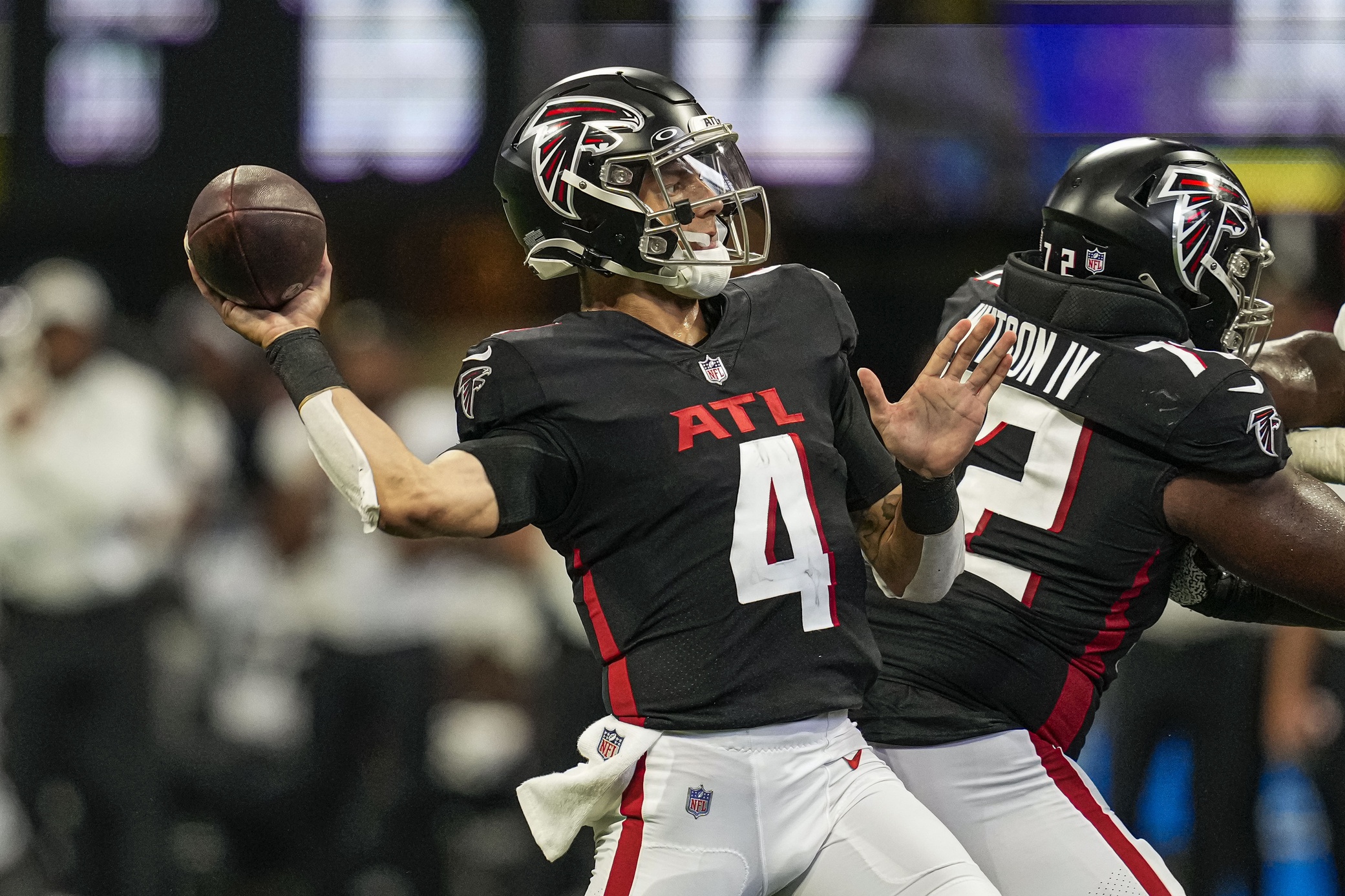 We churned out a small return on investment at PointsBet Sportsbook with last week’s assortment of Rabid Dawgs though I felt cheated with one of them after Kyler Murray went down with a season ending injury on the Arizona Cardinals very first possession of the game. Colt McCoy was still able to lead the team to a 13-10 lead at the break, but Zona ended up going scoreless the rest of the way. Kliff Kingsbury’s days in the desert are numbered. We split their other four positions with the Jaguars and Panthers cashing in as +160 dogs, while the Browns and Buccaneers were never in positions to score respective upsets. Here’s to once again adding to the bottom line in Week 15!

Trevor Lawrence is in a groove right now that can’t be ignored! The former No. 1 draft pick enters this home tilt with the Cowboys having thrown for 368 yards and a perfect 3:0 TD/INT ratio against one of the worst pass defenses in the league. Though Big D invades Duval County owners of the top-ranked Pass DVOA per the folks at Football Outsiders, it enters Week 15 in extremely bad shape. Anthony Brown and Jourdan Lewis recently hit the IR, and stud CB1 Trevon Diggs is being bothered by a thumb injury that briefly forced him out of last week’s game against the Texans.

Not known for an aerial attack that strikes fear into the opposition, Houston was able to get Dallas for 213 passing yards and a near 75 percent completion rate. Christian Kirk, Zay Jones, and Evan Engram figure to be extremely busy! The Cowboys offensive line is also in flux due to the recent season-ending injury sustained by Terence Steele. That’s concerning with Travon Walker and the Jags pass rush coming alive in recent weeks. The betting line has plummeted since first hitting the board, so don’t waste any more time and hit that moneyline now!

The Saints toppled the Falcons 27-26 the opening week of the season to move to 8-2 SU in the last 10 between these division rivals. It however took Alvin Kamara and co. rattling off 17 straight points in the fourth quarter to pull off the feat. The loss is one Atlanta most certainly hasn’t forgotten! Had it logged the victory it would be tied with the Tampa Bay Buccaneers atop the NFC South standings with a home date with the Bucs remaining on the docket.

I love the fact that New Orleans has taken money ever since it was announced Desmond Ridder would be the Falcons QB1 the remainder of the season. What on earth have the Saints shown NFL bettors to date that should have them lined greater than possession favorites in this matchup? It’s only because they get the benefit of running up against a rookie making his very first start. It certainly isn’t what Andy Dalton brings to the table. Nor is it the Saints inability to hold onto the pigskin (No. 30) or force turnovers (No. 32)! All the talk is about the Carolina Panthers being the team that can best challenge Tampa Bay for the South title. I say what about the Falcons? With a steady diet of Cordarrelle Patterson and his running mates, Atlanta evens the season rivalry up!

I still can’t believe Las Vegas coughed that game up to the Rams last Thursday night. Up 16-3 with just over 12 minutes remaining and they lost. What the flying dock?! Isn’t it so Raiders though? On the flipside, the Patriots just put an end to a two-game losing streak at Arizona and got the benefit of not being forced to deal with Kyler Murray after the Redbirds QB1 ripped his ACL on the Redbirds third play from scrimmage. Just saying, but it’s likely New England wouldn’t have been able to rack up those six sacks if it was Murray under center and not McCoy.

While it’s the Pats who have more to play for with the team in the thick of the AFC playoff picture while the Raiders are on the outside looking in, I’m not at all sold on Mac Jones leading this team to successive wins on the road. He likely won’t have the benefit of having Rhamondre Stevenson in the backfield, and Damien Harris is one hit away from being forced back to the sideline. Meanwhile, Josh Jacobs is running like a man possessed and will succeed here against a Patriots defense that can be had on the ground. Davante Adams is sure to have a say in how this one plays out as well with New England’s secondary also in bad shape. This just has the feel of a game the Raiders pull out, doesn’t it?