Bengals the only Threat to Ravens Winning the AFC North Title 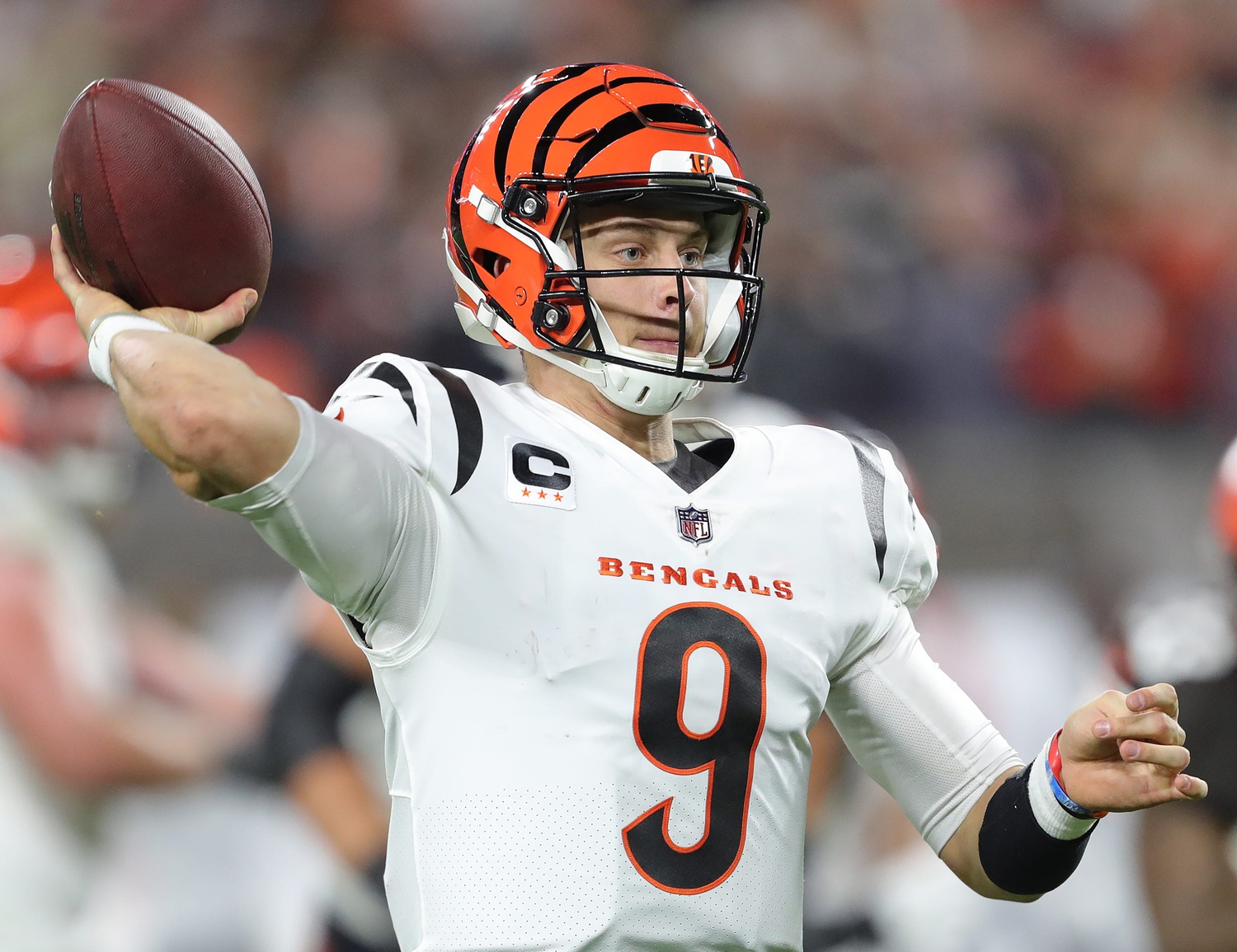 The Baltimore Ravens saw their odds to win the AFC North stand pat over the course of their bye week with the Bengals also on bye and the Steelers being the only other team in the division to scratch the win column. With Cleveland spitting the bit in Miami, this looks to be a two-horse race between the Ravens and Bengals. I’ve already attached my horse to Baltimore’s bandwagon, and believe they’re still the team to beat; especially after making dramatic improvements to the defense at the trade deadline! Let’s put the offerings over at PointsBet Sportsbook under the microscope and see if any call for an investment or two.

I laid -150 chalk on the over of the Baltimore Ravens 9.5-game wins total before the regular season kicked off. I also bought some shares of John Harbaugh’s team winning the division as well as the AFC and Super Bowl LVII. I’m looking good right now with Lamar Jackson and his mates sitting a game up in the standings with the tiebreaker over the Bengals already in tow.

I firmly expect the team to put this division to bed over the next month with games set to go against Carolina, @Jacksonville, Denver, and @Pittsburgh. But are there six more wins there for the taking? That’s the question you must answer if there’s a desire to attack their 11.5-game in season wins total that has +105 juice attached to the over. Linemakers don’t look to be of the belief there are. That being said, this team can likely sleep walk to 12 wins provided the injury bug cools off and stops targeting the roster.

The Bengals return from the bye sitting 5-4 with losses already incurred to all three divisional opponents. It gets an immediate crack to avenge one of those defeats on Sunday when it locks horns with the Steelers looking to make amends for that overtime defeat incurred back in Week 1.

Last I reported on Joe Burrow and his mates a few weeks back, I stated Cincinnati would throw its hat back into the ring of contending for the AFC North crown if it found a way to get Joe Mixon more involved in the offense. Zac Taylor and his coaches heard what I had to say – LOL! Mixon went HAM before the off week by going off for 211 scrimmage yards and 5 TD!

If there’s a team in this division that can challenge Baltimore, it’s these Bengals who know exactly what it takes to make a Super Bowl run. Their current +425 rate of return to do so is the highest it’s been all season, and that creates a buy opportunity in my book.

For a second there, I was starting to regret recommending the under of the Cleveland Browns adjusted in-season wins total of 7.5 when I last reported on the AFC North a few weeks back. They immediately went out and trounced the Bengals soon after. Since then however, Kevin Stefanski’s squad has reverted back into the pumpkin I called them out as being after dropping an uncompetitive 39-17 decision to the Miami Dolphins coming out of the bye.

If that’s the best effort we’re going to get from this team, I want nothing to do with it! The Browns adjusted wins total currently chimes in at 6.5 with -110 juice attached to both sides of the impost. Deshaun Watson or not, it looks like we made the right choice to fire on the under when we did.

If a split isn’t earned over these next two weeks with @Buffalo and Tampa Bay on the docket, Watson’s presence under center likely won’t make much of a difference in terms of the division title. If u feel like gambling however, the “Yes” of Cleveland making the playoffs is currently being offered up at +750 over at PointsBet!

A lightening of the schedule finally allowed Kenny Pickett the thrill of winning a game at the NFL level. The rookie had it rough throughout the first month of his NFL existence running up against the likes of the Bills, Buccaneers, Dolphins, and Eagles. The bye plus the Dennis Allen-led New Orleans Saints equaled a 20-10 victory. Adding to the glory of the 10-point win was the reinsertion of T.J. Watt into the defensive huddle.

While everything is rainbows and unicorns right now, I’m simply unable to envision a positive outlook for Mike Tomlin and the Steelers. Home games against the Bengals and Ravens must be won over the next month if this team is to have any shot of climbing out of the basement of the standings. Yeah, I’m not buying it!