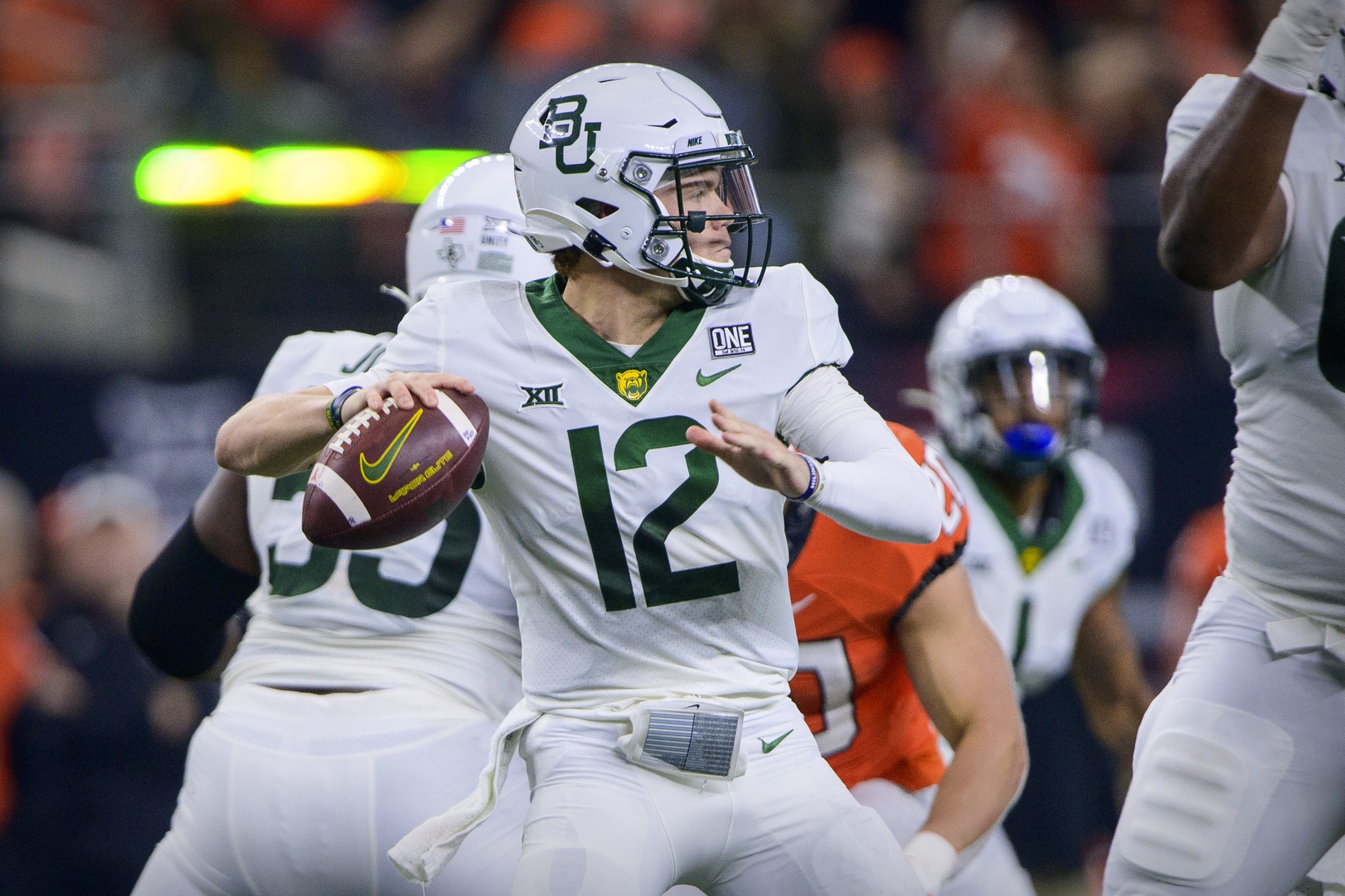 Coming off a brilliant 2021 campaign that resulted in outright wins against the college football odds in both the Big 12 title game and Sugar Bowl, expectations are extremely high in Waco for Dave Aranda’s Baylor Bears, evidenced by the current futures odds. The program has seemingly risen from the ashes in going 8-2 to win the conference coming off Aranda’s inaugural season calling the shots.

With that, Baylor is considered to be one of the favorites to pull off the repeat, with its odds of winning the Big 12 currently clocking in at +550 at PointsBet Sportsbook. There doesn’t look to be a runaway victor amongst the ten teams, so anything can happen.

That being said, this team lost a ton of production on both sides of the ball and will be relying upon a whole new school of fresh fish to fill the void. I’m not so sure it will happen right off the bat, which is why I’m currently invested in the under of their season wins total at a plus-money return.

The kids from Waco have been kind to bullish supporters' bankrolls of late, with the team cashing over tickets on its win total two of the last three seasons. After managing just two wins in COVID-shortened 2020, linemakers only tabbed them with a 5.5-game win total a season ago.

They would go on to smash that impost by winning ten regular season games and covering the closing point spread a whopping eight times. The only two defeats came in the form of 24-14 and 30-28 slipups against OK-State and TCU on the road.

The Bears would go on to win all seven of their home games and backed it up with a solid 6-1 ATS record; the lone non-cover occurred in the home finale against Texas Tech. Seven of their 13 overall games played to low scorers though the over went 4-3 as a host.

The under would’ve cashed in all five true road games if not for just slipping past the closing number against TCU and Kansas, which proved to be the ultimate one-sided affair (45-7, 48.5) and brutal beat for under backers.

I know I’m playing with fire fading Aranda this season. I came away extremely impressed with the way the team went about its business a season ago. It got after you defensively and did just enough offensively to churn out what will go down in history as one of the best all-time seasons for the program. Nevertheless, there are just way too many losses from last year’s roster to make me believe this squad will be a player in what I believe to be a wide-open Big 12 conference. On top of that, it’s now forced to take on a much tougher schedule with both matchups against the perceived big boys (Oklahoma/Texas) taking place away from McLane Stadium.

We won’t concentrate on what’s lost but instead what’s returning, though the losses are massive! Regardless, the offense is now QB Blake Shapen’s after throwing for 596 yards and a perfect 5:0 TD/INT ratio backing up Gerry Bohanon, who transferred to USF after losing the starting gig in the offseason. Luckily for the new QB1, Baylor’s upper-end offensive line returns almost completely intact. It’s the strength of the unit going into the season, but the primary, secondary, and tertiary weapons will need to gel together quickly with producers like Trestan Ebner, Tyquan Thornton, RJ Sneed, and Drew Estrada either transferring or now playing in the NFL.

The defense has some nice pieces returning, but there is still one gigantic problem area that will need to be rectified should the Bears be able to build off last year’s dominant group.

The stop unit ranked fourth in total defense within the Big 12 and tenth overall in the nation. It did so by way of forcing an absurd 28 turnovers (No. 7)! In other words, they were similar to the Miami Dolphins at the professional level.

Turnovers are finicky, however, so it’ll be interesting to see how the unit reacts to almost completely rebuilding a secondary that lost numerous pieces to the puzzle. Even so, the unit gets two key cogs returning with massive nose tackle Siaki Ika and second-leading tackler LB Dillon Doyle back in the front seven. Even so, I’ve got my reservations!