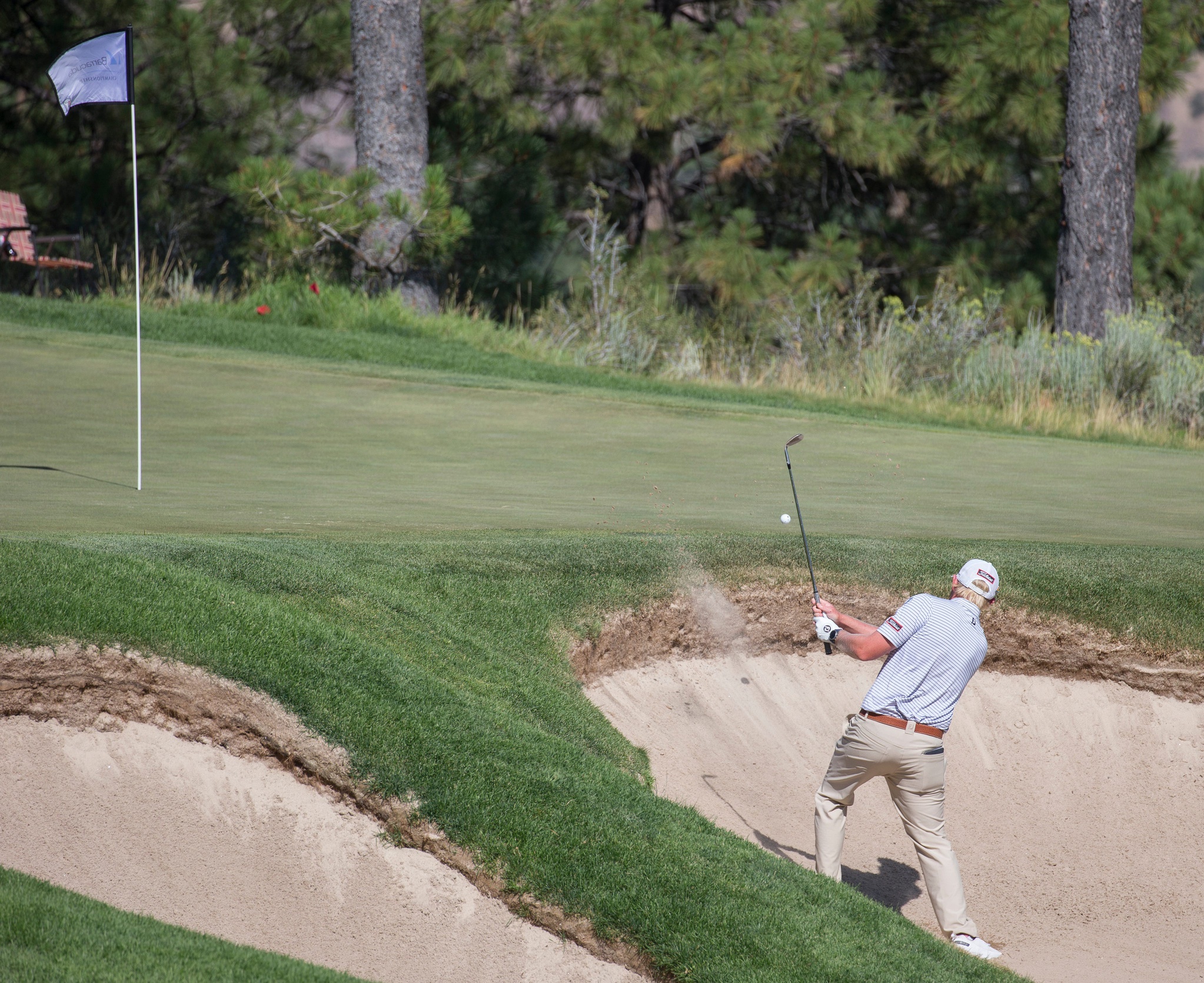 The forgotten golf tournament this week is going to be the Barracuda Championship at Lake Tahoe. It is an alternate event for golfers who didn’t make it into The Open Championship. The field will look a little different this year, as it is a co-sponsored event with the DP World Tour, so it will be a mix of PGA Tour and DP World Tour players. This event also uses the Modified Stableford Scoring system; the only PGA Tour event that uses that type of scoring. That means rewards for eagles and birdies and no real punishment for taking big chances. Golfers get five points for an eagle and two points for a birdie. It is all about scoring this week at the Barracuda Championship. Let’s look at Barracuda Championship picks.

Venue: The Old Greenwood course at Tahoe Mountain Club is a par 71 that measures 7,480 yards. This will be the third time the course is hosting the Barracuda Championship. The course is 6,000 feet above sea level and that means some driveable par 4 holes.

Last Year: Erik van Rooyen won this first PGA Tour event last year, as he made three birdies in the last five holes. He won by five points over Andrew Putnam. It was a big final day for van Rooyen who made six birdies and an eagle. Putnam started well but faded on the back nine. Scott Piercy finished in third, while Adam Schenk finished fourth.

I have to say that I don’t get McNealy being such a big favorite. What has he done to deserve this type of respect? He still doesn’t have a win and I know he is up into the top 75 in the latest World Golf Rankings, but this is still a lot of respect in terms of the golf betting odds. I say on a weekly basis that golf betting favorites simply don’t win very often and I am not taking McNealy at odds this low.

I like the odds on Davis better than I do on McNealy and at least Davis already has a PGA Tour win. The overall stats on the two players are very similar and yet we get 16-1 on Davis. It also doesn’t hurt that Davis is in the top 10 on the PGA Tour in eagles made.

If you are looking for someone who can go low, and that is definitely what you want to do in this event, then why not Hubbard? He ranks 31st on the PGA Tour in scoring average. He actually has a better scoring average than McNealy and we get double the odds.

Putnam definitely likes to play this event, as he won it in 2018 and he nearly won it again last year before finishing second. I’ll take a flyer on him to win it again at these types of odds.

I am going to throw a big bomb in here and go with Gouevia at odds of 100-1. This will be his second straight PGA Tour start and he played pretty well last week at the Barracuda Championship, as he was just two shots behind heading into Sunday’s final round.

Check out the latest Barracuda Championship odds at SugarHouse.