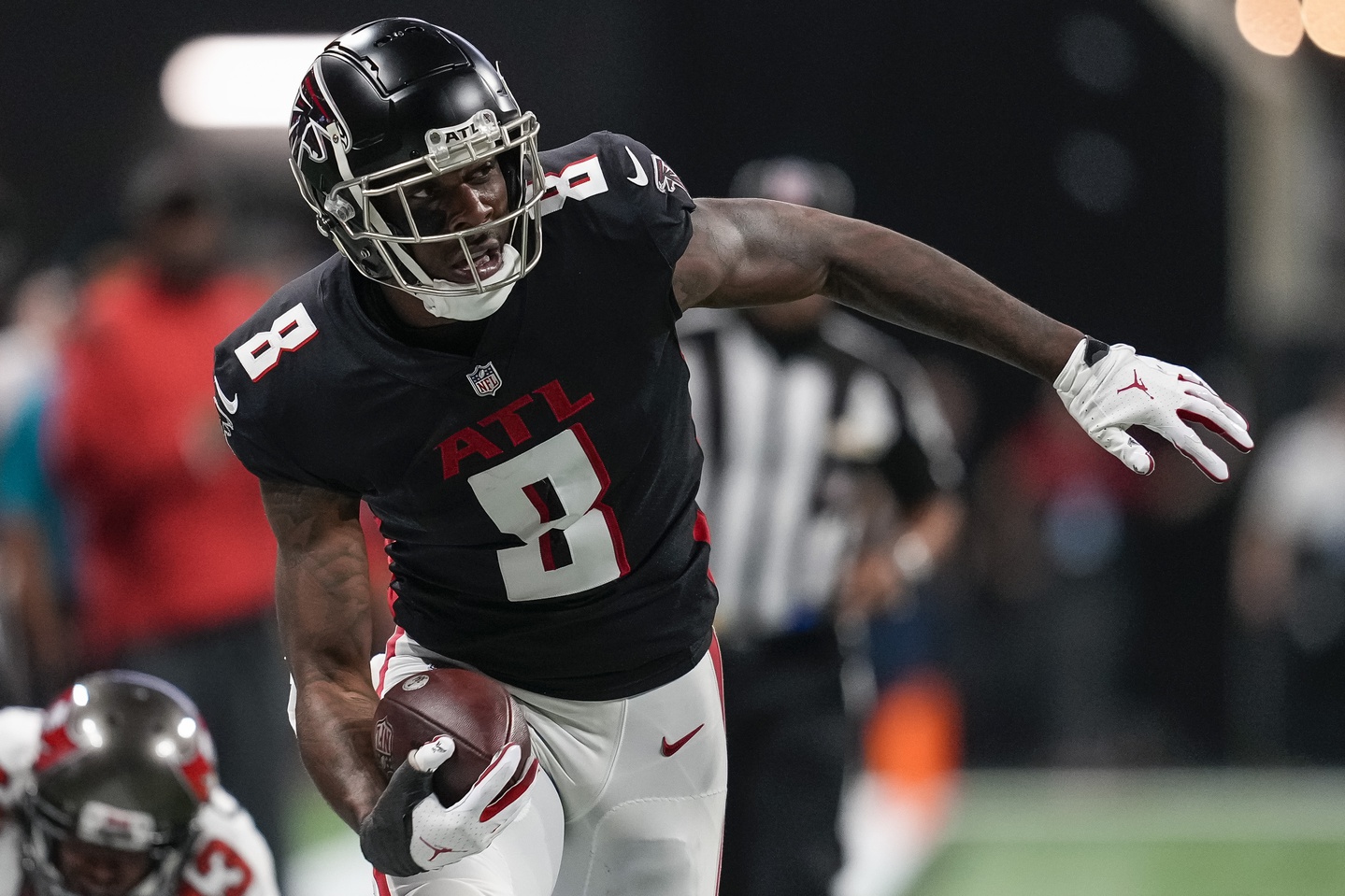 Since reaching the playoffs in both 2016 and 2017, the Atlanta Falcons have traveled along a steady downward trajectory logging losing records each of the last four years. Arthur Smith and an entirely new coaching staff were brought in last season, but it didn’t do much to move the needle. While seven total wins were accrued, they were of a heavy smoke and mirror variety and the “Dirty Birds” still failed to surpass their season wins total for the fourth consecutive season. Atlanta saw its win total decrease each of those years, and that remains the case in 2022-23 with it the owner of a 5-game impost; the franchise’s lowest since 2008.

A new era will be ushered in now that Matt Ryan has been sent to Indianapolis to likely close out his career. His absence paired with GM Terry Fontenot shockingly heeding the advice of Ryan Pace by bringing in a number of ex-Chicago Bears outcasts presents a very grim outlook; especially with Marcus Mariota taking over the QB1 reins until rookie QB Desmond Ridder is ready to go. It also doesn’t help that WR Calvin Ridley was suspended for the entirety of the season. DraftKings Sportsbook has the Falcons pegged as the fourth place finishers within the division as well as 8-1 dogs to qualify for the playoffs. I agree with the sentiment.

The full rebuild is on this upcoming season with a last place finish in the division the likely outcome.

The Falcons five predicted wins clock in as the lowest in the NFC. For a team that managed seven wins a season ago, it comes off as a bit surprising to see linemakers discrediting the overall body of work. But when you put the seven wins under the microscope, you’ll notice that each and every one of those triumphs came by a possession or less. Atlanta was a tough-luck team the prior year in dropping a majority of its one-score decisions. It benefitted from a heavy dose of positive regression last season even though its overall stats proved to be lesser than the year prior.

After taking on an easier schedule in terms of strength, the Falcons now run up against the 10th toughest slate per the folks at Sharp Football Analysis with a roster that sports a number of weaknesses on both sides of the ball; think offensive line and wide receiver paired with a bust or rookie at QB.

The Falcons were big-time money burners in going 7-10 SU and 6-10-1 versus the closing NFL odds. This is a team that won seven games but still owned a -146 point differential; the fifth worst output in the league.

As stated earlier, Atlanta did it with smoke and mirrors with its seven wins secured by an average of just 4.7 points per game. The offense has limited playmakers save for stud TE Kyle Pitts whom I expect to build off his solid rookie campaign that left much to be desired in the touchdown category for his fantasy and prop betting supporters. Look for him to get peppered with pigskins and hit paydirt at a much higher rate this year.

In other words, all those tuddies that went Cordarrelle Patterson’s way will likely travel in his direction this time around.

Other than that, the offensive line flat out stinks – ranked No. 28 overall by PFF - and the other pass catchers are very uninspiring. I was shocked the front office decided to go the way of Drake London with the eighth overall pick in the draft with healthier and more established pass catchers still on the board. Mariota will have his hands full attempting to bring this team back from large deficits on a weekly basis as him throwing for chunk plays downfield isn’t in his DNA. So much so that I foresee Ridder making a bulk of the starts once Smith deems him to be ready. Until that happens, this could be one of the lowest scoring offensive attacks the league has to offer.

Though Atlanta ranked out amongst the worst in the NFL defensively, it did have one nice story in the form of CB A.J. Terrell who established himself as one of the best shutdown corner backs in just his second season roaming the Falcons secondary. He wrapped the year finishing No. 2 in QB rating allowed when in coverage, as well as No. 1 in lowest completion percentage allowed and No. 2 in yards per reception allowed. He’ll now be paired up with veteran Casey Hayward who came over from Las Vegas after an exemplary showing for the Raiders. Rookie LB Troy Anderson could be a surprise candidate for Defensive Rookie of the Year Award honors and is a youngster to watch.

There truly isn’t much more to get excited about with this team. As such, look for the Falcons to lose more of their competitive matches this time around while also suffering a multitude of blowouts. Sell off the five if possible to reduce the vig and don’t be shocked if the team maxes out at 3-4 wins in the top heavy AFC South.