Are the Ohio State Buckeyes Waltzing to the Big 10 Title? 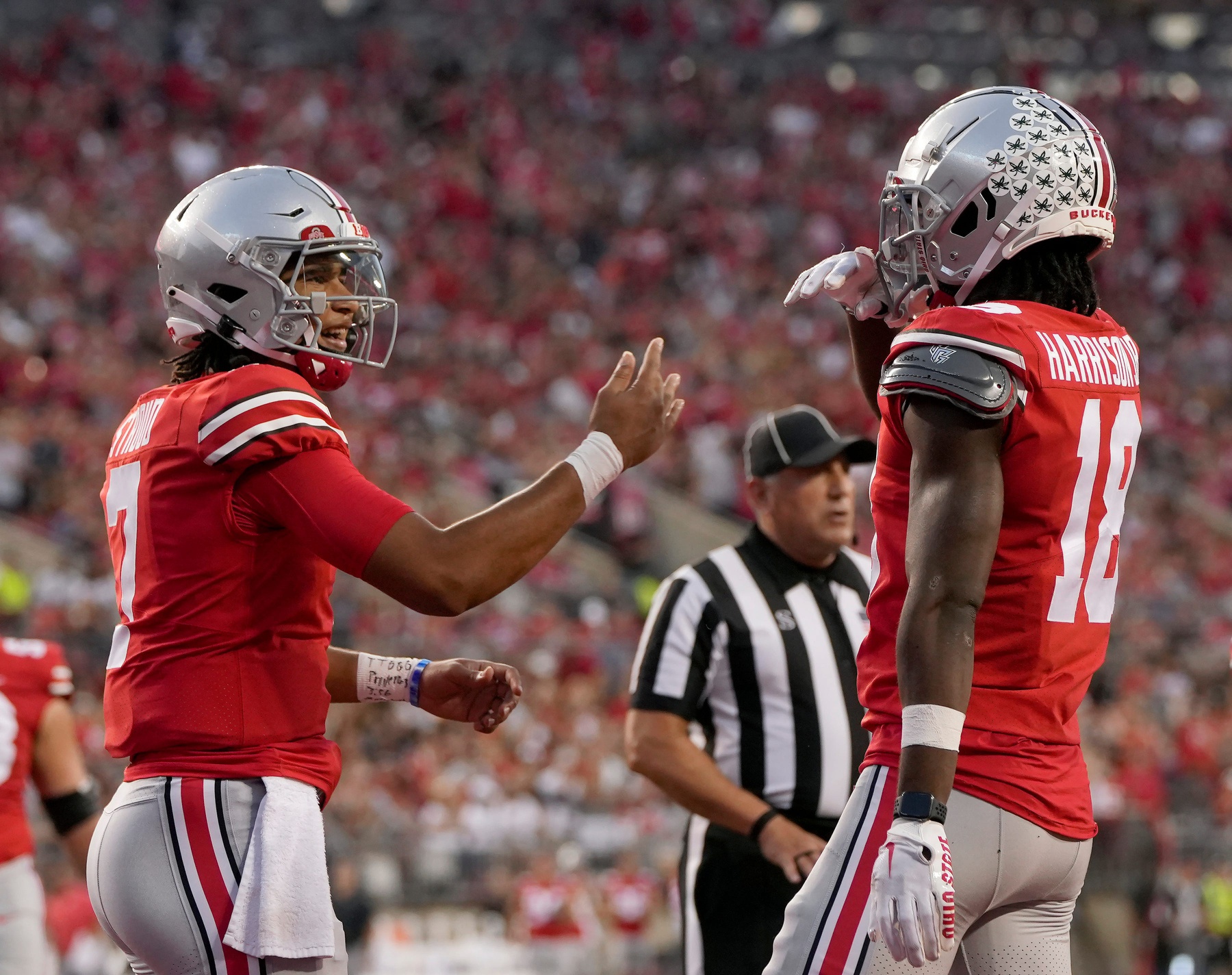 Back in the middle of August, I suggested taking stabs with the Ohio State Buckeyes, Nebraska Cornhuskers, and Michigan State Spartans as my favorite, underdog, and longshot calls to cash in on the Big Ten title futures odds over at BetRivers Sportsbook. I did so knowing full well that Ryan Day’s squad was far and away the best team in the conference.

Through a month of play, absolutely nothing has changed my mind in thinking C.J. Stroud and Co. are shoe-ins to qualify for the upcoming College Football Playoff. While I have egg on my face thinking Sparty or Big Red had a shot, those were nothing more than beer money investments. The biggest wager was thrown down on OSU and I’m looking good!

That being said, there looks to be two teams that can spoil the party. Let’s take a look at the top three teams atop the standings and see if any require our attention.

Owners of a +170 point differential and ranked No. 3 in the land per the most recent AP Top 25 poll, the Buckeyes are kicking butt and taking names as they look to get back to the CFP off a year hiatus. Their odds of winning it all currently sit only behind the defending champion Georgia Bulldogs who just got their scare in Missouri last week.

So when will the Buckeyes actually be challenged? So far, none of Notre Dame, Arkansas State, Toledo, Wisconsin, or Rutgers has had a shot regardless of the Buckeyes churning out a disappointing 2-2-1 ATS tally versus the closing college football odds.

Truthfully it doesn’t look like any opponent over the next two months will have it in them to spring the upset. After lighting MSU up for 432 yards and 6 TD last season, C. J. Stroud just might turn into a chalk to win the Heisman after Saturday’s game. He currently clocks in as the +100 favorite at BetRivers.

While a trip to Happy Valley at the end of October could prove problematic, they’ll still get out of Beaver Stadium with the dub. Then the toughest opponent the rest of the way is Michigan at home in the “Big Game.” Think OSU will be up for that one after seeing its eight-game win streak get snapped last year? That question was rhetorical.

The Buckeyes are the team to beat, and their odds of winning this conference will only swell every passing week!

I’ve come away pleasantly surprised with the way the Wolverines have gone about their business through the first five weeks. While linemakers initially had the Maize and Blue playing second fiddle to the Buckeyes at the season’s outset, Michigan has done a solid job exceeding expectations which has seen their odds of winning the B1G shrink because of it.

It’s however had a tougher time of it once Big Ten play opened up but that’s to be expected. Running up against Iowa and Maryland is a completely different ball of wax compared to opposing Colorado State, Hawaii, and Connecticut.

You can’t help but come away impressed with the growth of this team every passing week. The offense looks much better with J.J. McCarthy running the show, while Blake Corum continues to get the job done in the backfield. However, the unit still doesn’t hold a candle to Ohio State’s offense with the passing game severely lacking (No. 79).

It’ll ultimately come down to Jesse Minter’s defense rising to the occasion much like it has all season in allowing fewer than 12 points (No. 6) and 252 yards (No. 6) per game. With four of the next six games to be played in the Big House, Michigan looks to be on a collision course with OSU.

The matchup in Columbus on November 26 is destined to send one of the two teams to the B1G title game.

The third and final undefeated team in the Big Ten is overlooked by James Franklin. That in and of itself always gives the Nittany Lions a shot at pulling upsets and making some noise.
That being said, I simply just can’t buy into Penn State being a factor in this title race.

While the defense is good but not great and the offense looks to have one of the best ground assaults in the game spearheaded by the 1-2 punch of Nicholas Singleton and Kaytron Allen, wake me when PSU runs up against somebody with a pulse. While the win and cover at Purdue to open the year was nice, Ohio, Auburn, Central Michigan and Northwestern do nothing to get my blood pumping.

We’ll learn more about this team in a couple weeks when it invades Ann Arbor off the bye. Spring the upset there and I might entertain the thought of getting involved; more than likely not!