Are Clemson and North Carolina on a Collision Course? 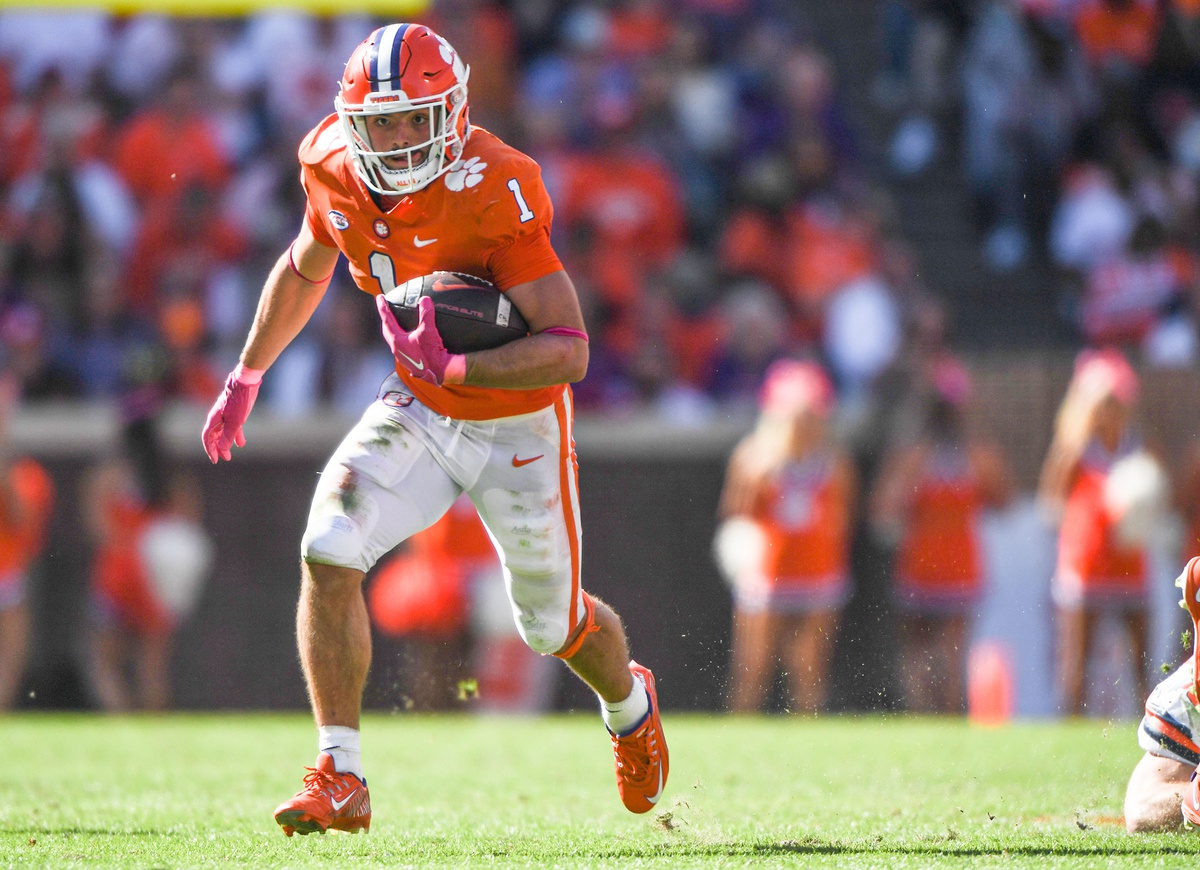 It’s been a minute since I last checked in on the ACC futures odds at PointsBet Sportsbook. Back in Week 5, I recommended taking fliers on Clemson (-225), Syracuse (+1500), and Duke (+3000). Unsurprisingly, its Dabo Swinney’s kids whose odds were the only of the trio to get shorter with the Tigers now decided -550 chalk to take home ACC bragging rights for the seventh time in the last eight seasons. The Orange can now be had at +2800 while the Dookies have swelled to +7500.

I wavered between North Carolina and Syracuse as the underdog selection but chose poorly considering Mack Brown’s Heels clock in as the only other undefeated in the conference. As we head into Week 9 of the college football betting season, it looks to be a two-horse race for the ACC title. Let’s put the current offerings for both teams under the microscope and see how we should attack each as we head into the tail end of the regular season.

At 8-0 SU and 6-0 in conference play, Dabo’s troops look to be shoe-ins to once again represent the Atlantic Division in the ACC title game. That being said, this year’s version of the Tigers looks to be very beatable with two of their wins against conference heavyweights coming by an average of six points per game. It just came back to shock Syracuse this past Saturday by rattling off 17 unanswered in the fourth to escape with the 27-21 win and non-cover as two-touchdown Death Valley favorites.

I still have my reservations about QB D.J. Uiagalelei, and it’s now apparent the coaching staff does as well after benching him in the second half last week. If not for RB Will Shipley, this offense would be dead in the water as inconsistent the passing game has proved to be (No. 70). Same goes for the pass defense (No. 90) which has been one of the worst in recent Clemson history with it getting ripped for over 240 yards per game!

This has seen the Tigers partake in a number of high scorers which plays against the program’s “MO” of shortening the game with a dominant ground attack paired with a ferocious defense. Four games remain on the docket with next Saturday’s trek to South Bend the final road game of the season. A stumble would prove costly, but it would reduce the price of admission should you want to add any Clemson futures to the portfolio. Since I’m already locked in at a much better number, I’ll sit back and see what transpires.

Man I’m kicking myself for not taking a stab with UNC a month ago! This Drake Maye kid has proven to be a gamer in throwing for a conference-best 2,283 yards and 24:3 TD/INT ratio over seven starts. His excellence under center has propelled the Tar Heels to the ninth most lethal passing attack in the country that’s been backed up by the nation’s No. 44 ranked ground assault. And let’s not forget about the kids wheels either with him clocking in as the offense’s best rusher with 378 yards and a trio of scores.

Since dropping that head scratching 45-32 decision to Notre Dame at the end of September, North Carolina has logged 41-10, 27-24, and 38-35 triumphs over Virginia Tech, Miami, and Duke with the latter two coming on the road. It will have had a couple weeks to prepare for Saturday’s showdown with division rival Pittsburgh. Should it hold serve as field goal home chalk, the next two on the road at Virginia and Wake Forest must be won before returning home to close the season out against Georgia Tech and NC State.

Do all that, and UNC will be the undisputed victors of the Coastal Division. While it looks rough on paper, I think Mack’s kids can pull it off! As such, I’ll buy in on the Tar Heels now knowing full well that I won’t be taking back 5-1 on the moneyline if they ultimately end up squaring off against Clemson in the title game – a matchup that could blow the scoreboard up!