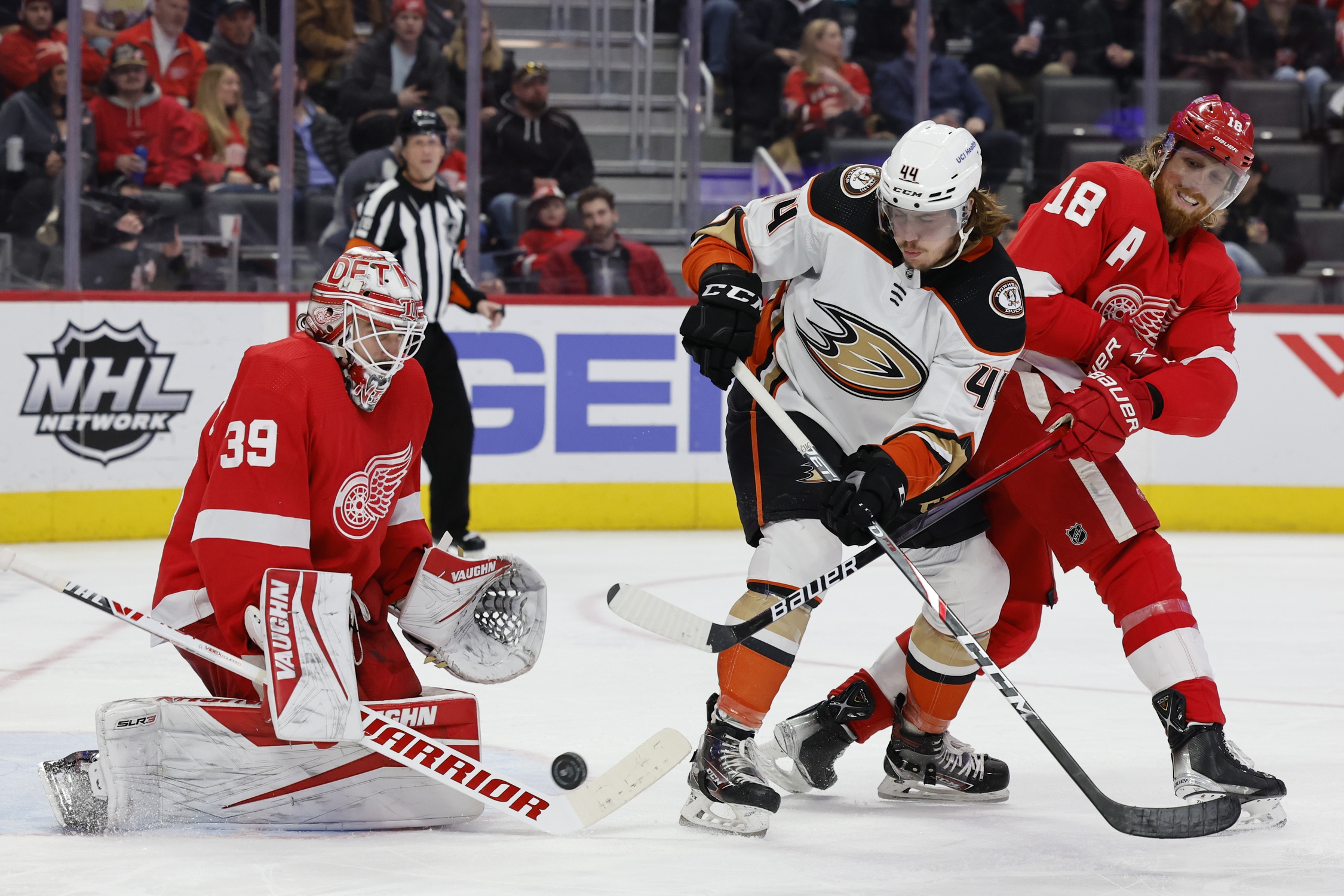 The Anaheim Ducks visit the Detroit Red Wings on Sunday in a game that can be seen on ESPN. The Red Wings have gotten off to a nice start this season and they will be listed as home favorites in this game against an Anaheim team that is expected to struggle this season. The teams have split their last ten meetings overall, with six of the ten going under the total. The teams played twice last season with each team winning at home. The Red Wings have taken six of the last ten at home in this series against Anaheim. Let’s look at Sunday’s contest and NHL picks.

Anaheim was in Boston on Thursday and then had Friday and Saturday off. The Ducks won just one of their first four games and there is very little to like about Anaheim. This team is below average on offense and awful on defense. They are averaging 3.3 goals per game. They don’t put enough shots on goal, as they are next to last in the league. The defense has been awful, as they are giving up a ridiculously high 5.7 goals per game. They are next to last in goals allowed and last in shots allowed per game. They have also struggled on the penalty kill, as they are 30th in the league. Troy Terry is one of the few scoring threats the Ducks have. The Ducks have to rely on John Gibson in goal and he simply faces too many shots on a nightly basis. Unlike the Red Wings, the Ducks have no real plan for the future, so they are going to continue to struggle.

The Red Wings were in Chicago on Friday and then had Saturday off. The Red Wings are turning the corner, as they have a number of good young players who are starting to mature. Detroit is averaging four goals per game but they still have work to do, as they have struggled on the power play early this season. The Red Wings have been excellent on defense, as they rank 2nd in the league in goals allowed. They have been really good in penalty killing, ranking 2nd in the league. The Red Wings made some nice off-season moves including getting goaltender Ville Husso. They also picked up David Perron who is leading the team in scoring early this season.

We noted earlier that the teams had split their last ten meetings overall and split last season’s two games. The Red Wings have won six of the last ten at home in this series with five games going under, four going over, with one push. Each of the last four meetings in Detroit have gone under the total. The Red Wings pulled out a 2-1 victory last season at home.

The Ducks and Red Wings are on opposite paths and it is because of upper management. The Red Wings have a plan that is coming to fruition under GM Steve Yzerman, while the Ducks have had to start over yet again. The Ducks went out and hired Pat Verbeek who was working in the Detroit front office. Whether or not he can turn the Ducks around is unknown, since this is his first year on the job, but we know he has a lot of work to do. The Ducks are not a good team, as they give up far too many shots and Gibson is no longer an elite goaltender. It is hard to blame him considering he faces a barrage on a nightly basis. The Red Wings are simply the better team all the way around. Detroit is still not respected in terms of the NHL betting odds so we should be getting a decent price. We’ll take the Red Wings in this one.