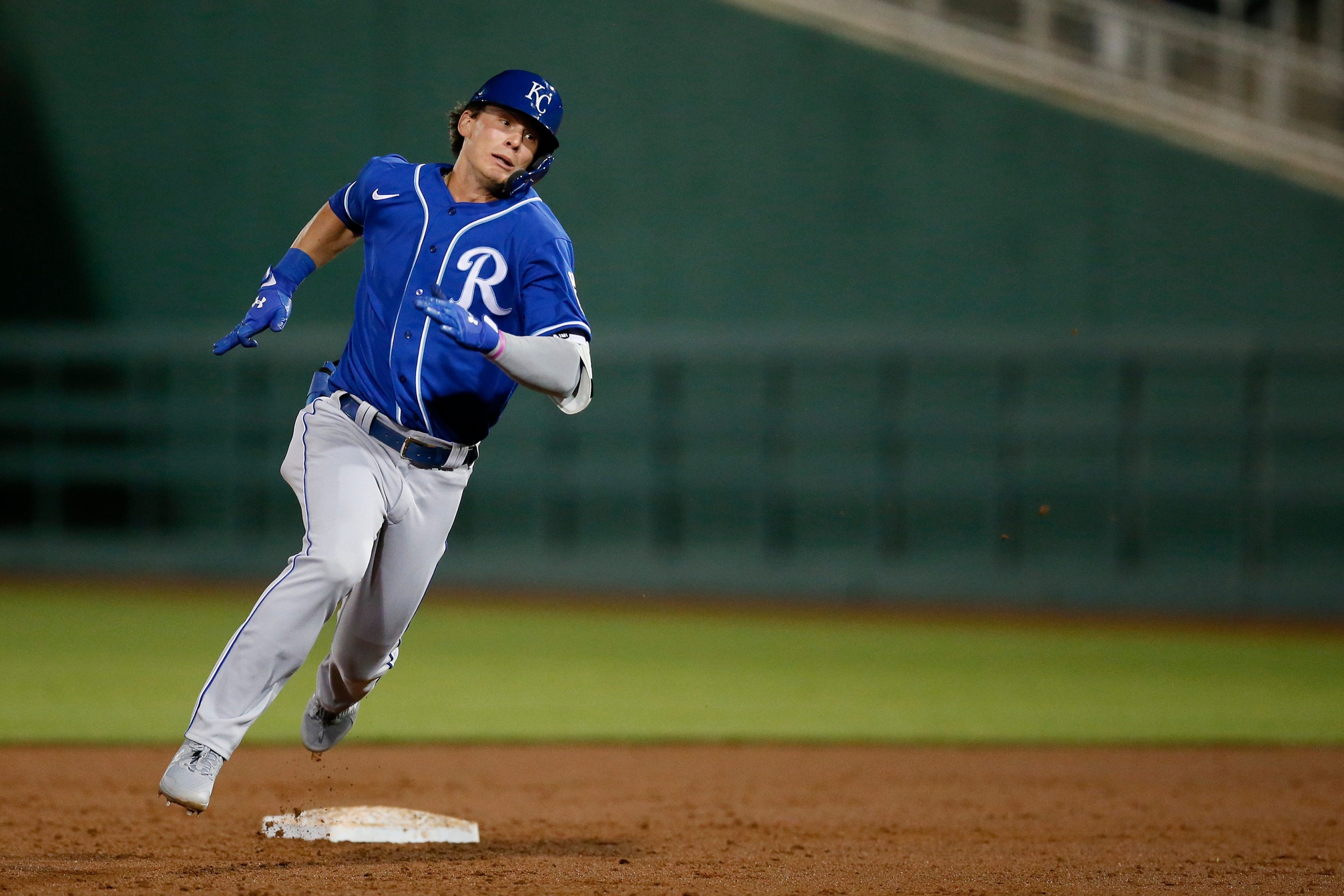 The last five players to win the American League Rookie of the Year Award read as follows: Randy Arozarena, Kyle Lewis, Yordan Alvarez, Shohei Ohtani, and Aaron Judge. All but one of them continues to kick butt and take names for their respective teams. Last year’s race came with some controversy as many MLB bettors felt Wander Franco should’ve beaten out his teammate for the award. Be that as it may, another close race is set to play out when putting the current odds to win the Rookie of the Year at SugarHouse Sportsbook under the microscope. Four players are currently offering up less than 8-1 odds to pull off the feat which means there isn’t a predicted runaway winner. As it is, the following are my pre-season favorite, underdog and longshot investments.

AL Rookie of the Year Odds at SugarHouse Sportsbook

The Bobby Witt Jr. era is set to kick-off this season with the Royals uber-talented infielder set to take his game to the next level. After tearing it up in the upper minors last season, the front office simply had no choice but to start his clock after carrying it all over throughout the spring. He hit the board as the odds on favorite to win the ROY award, and he’s still received enough burn to make him the favorite to ultimately put the award up on his mantle when the season comes to an end. His ability to hit for average, power, and steal a ton of bases will undoubtedly have him in the running right from Opening Day. Not since Kris Bryant went HAM in 2015 have MLB bettors and fantasy players received a chance to bank on a kid with this much talent! It wouldn’t surprise me in the least if his first go-round in the Bigs resulted in 30 home runs and 30 stolen bases! An overall output like that would make him the no-brainer winner of the AL Rookie of the Year Award.

With above average speed, a tremendous bat-to-ball skill set and ability to hit the power, Julio Rodriguez is a name MLB bettors will be hearing a ton of over the course of the 2022 MLB betting season. So much so that his odds of winning the AL ROY have plummeted ever since initially hitting the board at +1000! The only thing holding him back was not knowing whether or not he would get the call from Opening Day or be called up later in the season. The Mariners made it official on Monday when it was announced he landed a roster spot. Though he’ll be fighting for playing time in the outfield due to Seattle possessing a wealth of fantastic outfielders, his bat will always be in the lineup either as a position player or DH. The kid plays the game with extreme joy, and I’m thinking a huge season is in store. We’re talking a near .300 batting average to go along with 25+ bombs and over 20 stolen bases. Outputs like that will have him keeping pace with the kid mentioned up above.

It’s darn near close to impossible to get excited about backing any player on the Baltimore Orioles, but it’s possible. One only has to go back to last season to see Cedric Mullins get some MVP consideration after the outfielder put forth a heck of a season. While it took some major injuries to more well-known players, he closed 2021 as the top fantasy outfielder! So what does that have to do with this suggested longshot? Nothing, but I just wanted to paint the picture that it’s possible to make some money banking on players on the O’s roster. Anyway, Grayson Rodriguez isn’t getting the attention that teammate Adley Rutschman currently is, but he’s a player that could make waves in AL ROY voting once given the chance to shine at the MLB level. Labeled as the top pitching prospect in baseball, Rodriguez has the pitch mix to lead the league in K/9 for rookies regardless of when called up. He’ll eat some innings too. This is a long play here, so don’t go throwing a mortgage payment down. Think beer money instead and see where it takes you.