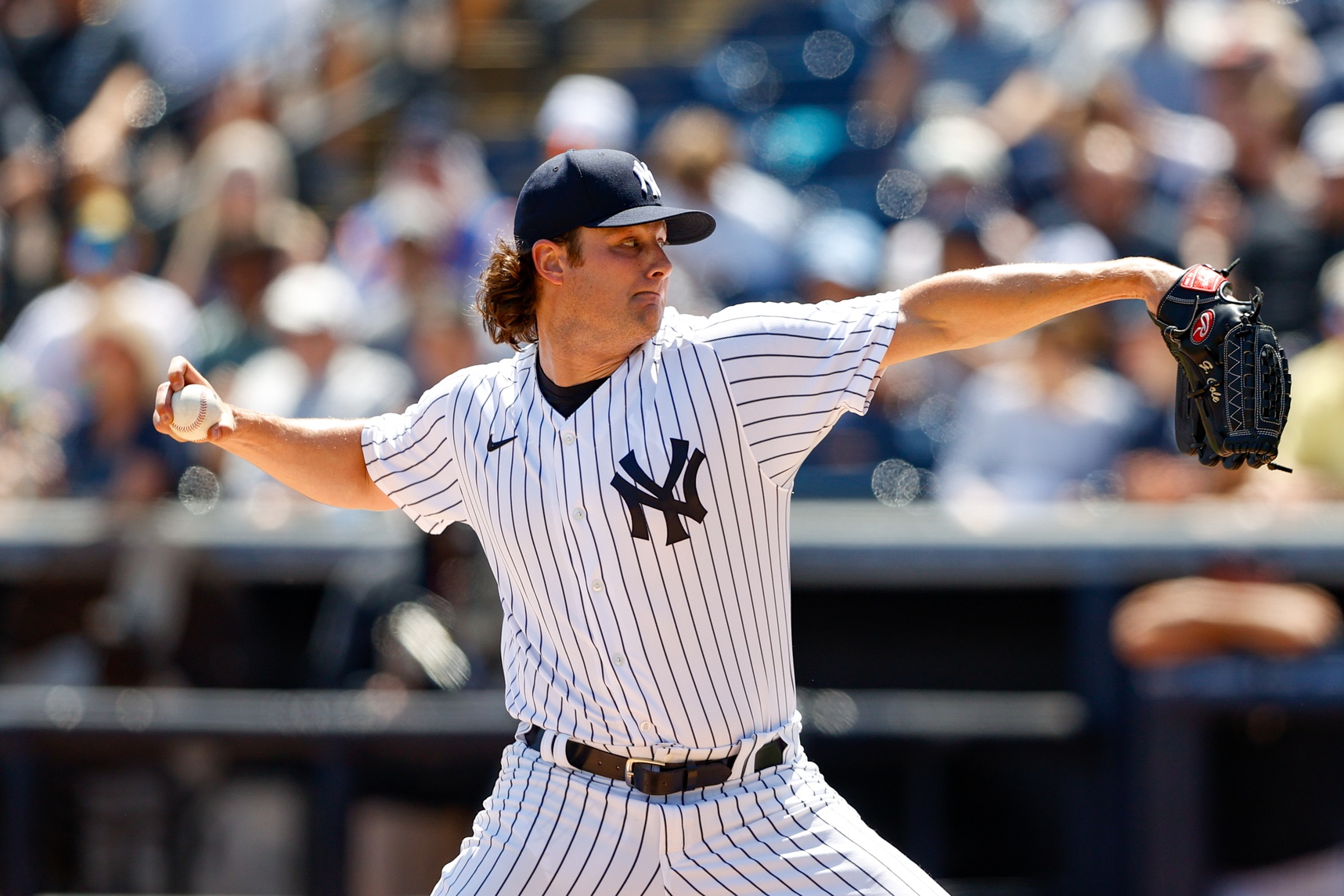 Robbie Ray seemingly came from out of nowhere to win the AL Cy Young Award a season ago. Though he went off the board the dominant favorite to take home the hardware, that wasn’t the case a few months into the regular season. Congrats to all that had the foresight to attach their bandwagon to a historic season early on and cash in on an enormous rate of return. SugarHouse Sportsbook currently has him lined at +800 to repeat; now as a Seattle Mariner. The odds on favorite to win the AL Cy Young across the board is none other than Gerrit Cole who finished second in the voting a season ago. Yet to be anointed the league’s best pitcher even though he makes more money than God to pitch for New York, I want nothing to do with the Yankees overrated right-hander that loves to give up home runs at the worst possible time in the most crucial of games. As such, here are my favorite, underdog, and longshot selections to be the best pitcher in the American League.

When healthy, there isn’t a more dominant or consistent pitcher in the game than that of Mr. Shane Bieber. Through four big league seasons, the right-hander has gone 41-18 with a 3.29 ERA, 1.11 WHIP and 11.3 K/9 average. The showing has amounted to three trips to the All-Star game, a Cy Young Award (2020) and a fourth place finish in MVP voting. Unfortunately, the then Cleveland Indians were forced to go without his services a bulk of 2021 due to a strained throwing shoulder. He’s said to be 100 percent and looking great in spring training. If that’s the case, the AL Central will once again prove to be his stomping ground. He was on pace to repeat as the AL Cy Young Award winner until the injury derailed his season. Though fantasy outlets are waving caution flags, I’m all in on Bieber picking right back up where he left off. The Guardians might have issues competing within the AL Central with many baseball pundits expecting it to be a three-horse race, but Bieber will shine and do more than enough to be in the Cy Young discussion all the way through.

When the Minnesota Twins were recently competing for division bragging rights and trips to the playoffs, Jose Berrios was the key anchor of the pitching staff. The righty shined early in his career with a pair of trips to the All-Star Game. He was expected to be one of the key pieces that got the Twins back to a World Series. It didn’t happen. Then last season, he was shipped off to Toronto in a trade deadline deal. The changing of scenery saw him flourish once again. He went 5-4 with a 3.58 ERA and 1.09 WHIP through 12 total starts, and impressed with a 78:13 K/BB ratio. With the Blue Jays now expected to win the AL East crown and having the very best roster surrounding him over a six-year career, I’m expecting the young righty to flourish big time as the staff’s quasi No. 1 hurler. He finished ninth in Cy Young voting a season ago, and would impress voters immensely if able to successfully navigate through the rough divisional waters. This kids got nasty stuff that could be taken to a new level now back playing with a legit World Series contender.

Before getting into the reasons why I think the Tigers prized young righty has a shot this season, just know that his offering at SugarHouse is a flat-out joke! You’ll see plenty more value elsewhere if you just shop around ;) Back to our regularly scheduled programming… I came away extremely impressed with what Tarik Skubal was able to do in his first full season at the Major League level. Through 29 starts and just under 150 total innings of work, the right-hander pitched to a 4.34 ERA and 1.25 WHIP. While not the greatest of showings, he still racked up 164 strikeouts and only issued 47 free passes. His main issue was contact. Opposing offenses made a ton of it with a whopping 35 hits leaving the yard equating to him surrendering an average of 2.1 long balls per nine innings. A.J. Hinch and his staff will have no doubt worked on his mechanics in the offseason. If adjustments are made to his approach and they result in much less contact, the sky’s the limit for this young fireballer who exhibited a 37 percent strikeout rate in the minors. He’s certainly worth a dart throw on the AL Cy Young odds right now just in case he hits the ground running and his rate of return gets dramatically shortened up.