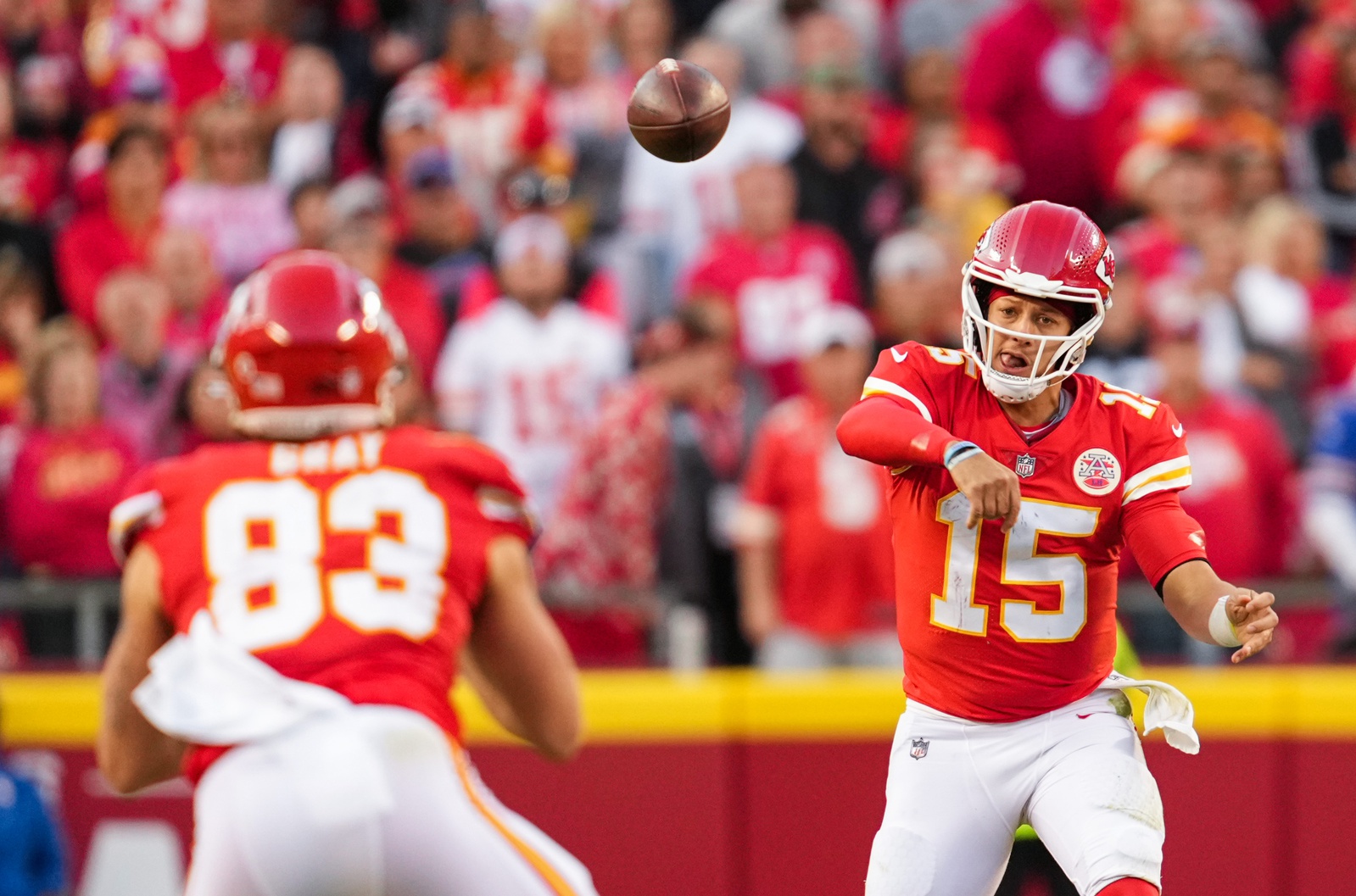 The AFC West was supposed to offer up one of the more entertaining title races in the league. At least that’s what everyone and their mother expected heading into Week 1. We’re now six weeks into the NFL betting season and I want my money back. The Kansas City Chiefs are the only team that’s held up their end of the bargain, and I gotta say it’s taken me by surprise. Regardless of winning four of its first six games, the Los Angeles Chargers have been huge disappointments both from a betting and player prop perspective. Don’t even get me started about the Las Vegas Raiders and Denver Broncos!

All that said, I still think there’s money to be made betting the futures odds in this division, so let’s check out what’s currently being offered up at PointsBet Sportsbook and see what should be added to the portfolio.

I truly thought Andy Reid’s squad was going to get rolled up and smoked by Josh Allen and Co. last week. Though the Bills ultimately went on to cover all numbers across the board in the 24-20 triumph, the Chiefs made Buffalo earn it. KC earned some respect following that game. It’s scary to think this team owns the best scoring offense in the AFC and it’s yet to truly hit its stride. Offense talks in this day and age of the NFL, and the Chiefs certainly got that.

What I question however is a defense that’s conceded nearly 25 points per game (No. 25) and hasn’t been able to prevent opposing passing attacks from doing pretty much as they please. L’Jarius Sneed and his mates have gotten ripped for 266 yards per game (No. 27), and its No. 4 ranked run defense pretty much allowed Devin Singletary to get whatever he wanted on the ground last week.

Not a single win has been logged against a team that owns a winning record right now. Making matters worse is the fact that the schedule is only set to get even tougher with Kansas City owners of the league’s nastiest schedule strength. I bet Kansas City to go over its 10.5-game season win total over the summer, but I’ve got an itch to go for a middle and hit the under of their 11.5-game in-season total at a +105 return. Eleven wins sounds about right looking at what the team has got on the docket. That should be enough to win this underachieving division!

The poor Chargers just can’t catch any breaks. Since last reporting on this team a few weeks back, the roster lost Rashawn Slater for the season and Joey Bosa was put on IR after tearing his groin. Keenan Allen still hasn’t suited up since Week 1 and both sides of the ball continue to have issues in the running game. Even so, the Bolts find themselves 4-2 SU with a solid shot of propelling itself into the catbird seat of the division standings with it hosting the Seahawks and the Chiefs paying a visit to San Francisco in Week 7.

Ultimately, I expect the Chiefs and Chargers to be co-favs to win this division the rest of the way. With that the case, I have no issue adding some Bolts shares to the portfolio at a 2-1 return with the ultimate goal of catching a nice plus-money payback on Kansas City at some point to lock in a profit.

I can’t even begin to express how sickened I am by the Broncos pathetic start. I had this team pegged as a dark horse SB LVII contender over the summer. Now they might be a dark horse to nab the No. 1 pick in next year’s draft if things continue to be as dreadful as they’ve been through the first six weeks. Russell Wilson looks to be a shell of his former self right now, and he’s getting absolutely zero help from what looks to be a lame duck coaching staff with Nathaniel Hackett manning the point.

Does a coach deserve to be fired more than he does right now? If he doesn’t get a handle of this team over the next two weeks back home against the Jets and Jaguars, it wouldn’t shock me if the front office decided to cut bait and make a drastic change during the Week 9 bye. I hope the Broncos find a way to turn it around. The defense is too good and there are special players on the other side of the ball that should be lighting scoreboards up instead of finding new ways to lose. Hackett’s over his head - hopefully the talent wins out.

I can’t believe the team’s readjusted wins total chimes in at 7.5 with the over paying out at +135! It’s a sad state of affairs. Even so, I don’t have enough confidence in the coaching staff to hit the high side of that impost. I wouldn’t fault you for hitting the under, but I’m allergic to laying -167 chalk on a win total.

The Silver and Black got out to a wretched start to their 2022-23 campaign with three tough luck defeats to the Chargers, Cardinals, and Titans, but there’s still plenty of time for Josh McDaniels and his staff to turn the season around. I liked what I saw from the Raiders in the two games leading up to the Week 6 bye after defeating Denver and following it up with a competitive 30-29 loss in Arrowhead to Kansas City. They get their toughest remaining opposition at home which includes the final two matchups with the Bolts and Chiefs. If this team really has the goods to pull it off, it’s going to need to earn it!

A 25-1 return on investment to do so is worth a beer money investment just in case all hell breaks out in the AFC West. That being said, I have much more interest hitting the over of their readjusted in-season 7.5-game wins total instead. I love what I’ve seen from RB Josh Jacobs and you have to imagine the passing attack only gets stronger the more Davante Adams and Derek Carr get to work with one another. This team is going to pull off some upsets along the way. Whether they allow the Raiders to win the division or punch a return ticket to the playoffs remains to be seen.