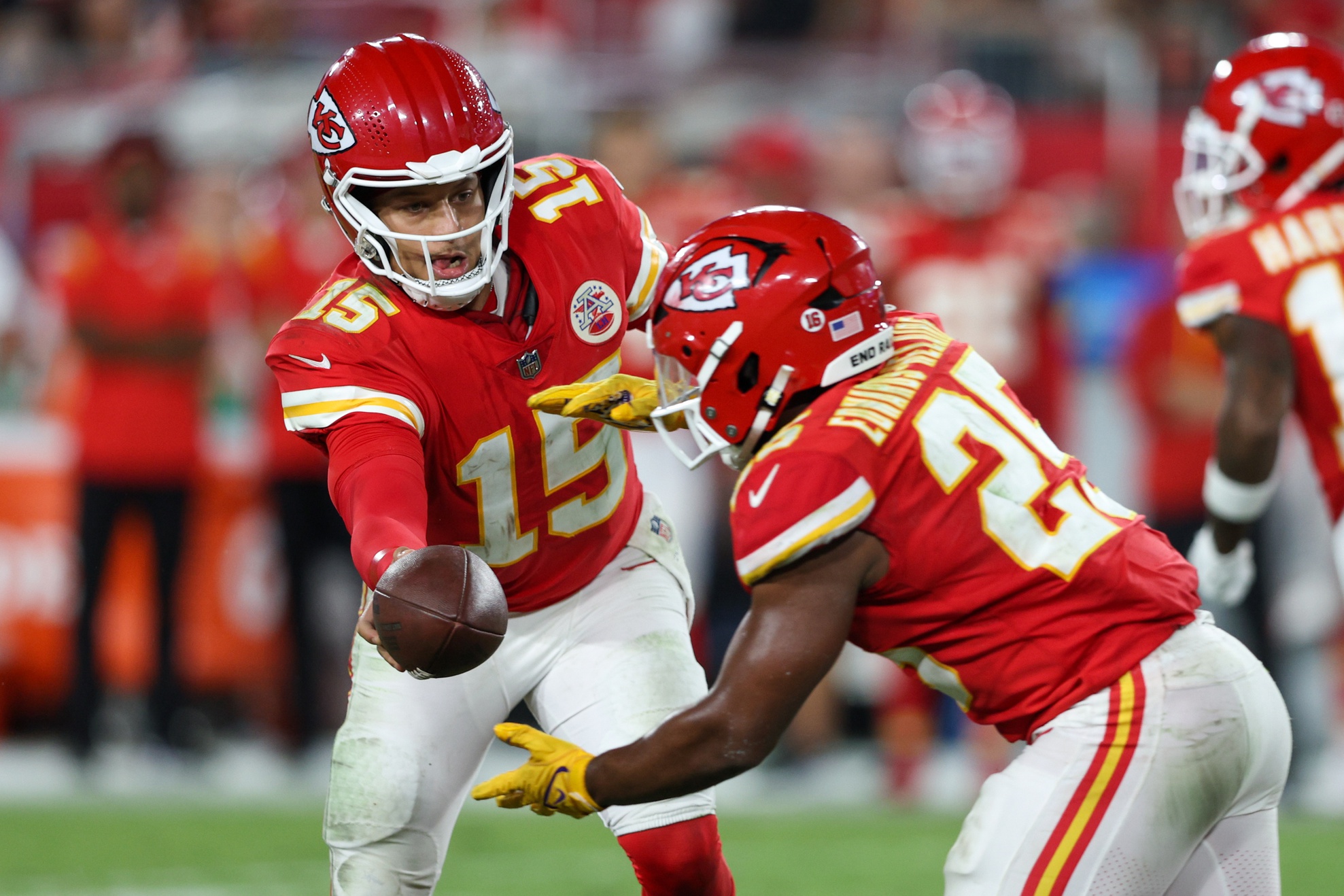 What are we to make of the AFC West through a month of play? I love the Kansas City Chiefs situation right now after blocking all the offseason noise about taking on the hardest schedule and hitting the over of their 10.5 game wins total anyway. You know what’s not looking good right now? The rest of the division! The Los Angeles Chargers have been carved up by the injury bug per usual. Even before losing Javonte Williams for the season, the Denver Broncos looked lost. And then there’s the Las Vegas Raiders who only just finally popped their win cherry in Week 4.

With KC starting to pull away from the pack, it’s high time we check out what PointsBet Sportsbook is currently offering up to see if there’s any moves to be made on the futures odds.

Sharp Football Analysis deemed Kansas City owners of the toughest schedule of all 32 teams heading into the regular season. Through a month of play, Kansas City is an Indianapolis comeback win away from entering Week 5 unblemished. So that means they deserve to be the runaway odds-on favorite to win this division for the seventh straight season, right? Heck no! There are still some major problem areas with the 2022-23 Chiefs that mustn’t be ignored. I still have concerns about the wide receiver options for Patrick Mahomes with none of JuJu Smith-Schuster, Marquez Valdes-Scantling, Skyy Moore, or Mecole Hardman distinguishing themselves as the alpha. I’m also not buying the early-season Clyde Edwards-Helaire breakout!

When KC runs up against a defense that can contain those guys, trouble will ensue; especially if said team can do work through the air – like the Los Angeles Chargers! These next three weeks are going to be very telling. Vegas is in dire need of securing a caliber win like this on Monday night, while you know the Buffalo Bills had the team’s Week 6 clash circled ever since dropping that heartbreaker in the Division Round. Then it’s a matchup with the team I currently deem the best the NFC has to offer.

A reduced price on the Chiefs winning this division will be available shortly.

The Chargers haven’t trotted a completely healthy team onto the gridiron all season. That issue unfortunately won’t be rectified anytime soon with Rashawn Slater done for the year and Joey Bosa not expected back any time soon; if at all. Even so, Brandon Staley’s squad still managed a .500 record with its quarterback not at full strength and the defense already forced to make do without a number of integral pieces. From day one, I’ve touted the Bolts as being the team to beat in this division. Had Justin Herbert not suffered that rib injury in the second half of the Week 2 meeting in Arrowhead, it would likely be the odds-on favorite to win this division right now.

Even if better health continues to evade this outfit, it’s the most talented team in this division. Three winnable games against @Cleveland, Denver, and Seattle are on the docket leading up to the Week 8 bye. Their odds of winning this division could be the longest they’ll get right now. I’d buy some shares if LA isn’t already in your futures portfolio and add a taste if they already are.

The Broncos are far and away the biggest disappointments in the AFC West heading into Week 5. The Nathaniel Hackett era could be one upper management could rid itself of quickly if the team continues to fail showing any improvement under his watch. Did you ever expect to see a Russell Wilson led offense struggle the way it has through the first four games? Denver’s 16.5 point per game average ranks No. 30 with the near 336 yards accrued per game also ranking out in the bottom third of the league. And now, stud running back Javonte Williams has been taken out of the equation after shredding his knee against the Raiders.

Things look to have only gotten worse since falling to Seattle in the season opener, and I don’t believe the team’s odds of winning the AFC West reflect how dire a situation it currently is in the Mile High City. I need much more than +550 to entertain the thought of getting involved - avoid Denver like the plague right now!

So the Raiders finally win a game and their odds of winning the division are longer than they were when I last reported on them back in Week 3. Sorry, but I’m not a believer in what the Silver and Black is trying to sell right now. With a pair of losses against two teams I bet win total unders on – Tennessee/Arizona – as well as a loss to the Chargers, I still have no faith in this team competing with LA or KC for the title.

The schedule is going to get a whole heck of a lot harder following the Week 6 bye, and they’ve already failed against what was deemed the easier portion of it. Maybe Josh McDaniels shocks me and the Raiders look like a completely different team coming out of it. Maybe they go into it with a huge win over the Chiefs. Last year’s trek to the playoffs was flukish as all get out. I’m interested to see what this team looks like coming out of the bye with a tough as nails schedule staring right in the face.