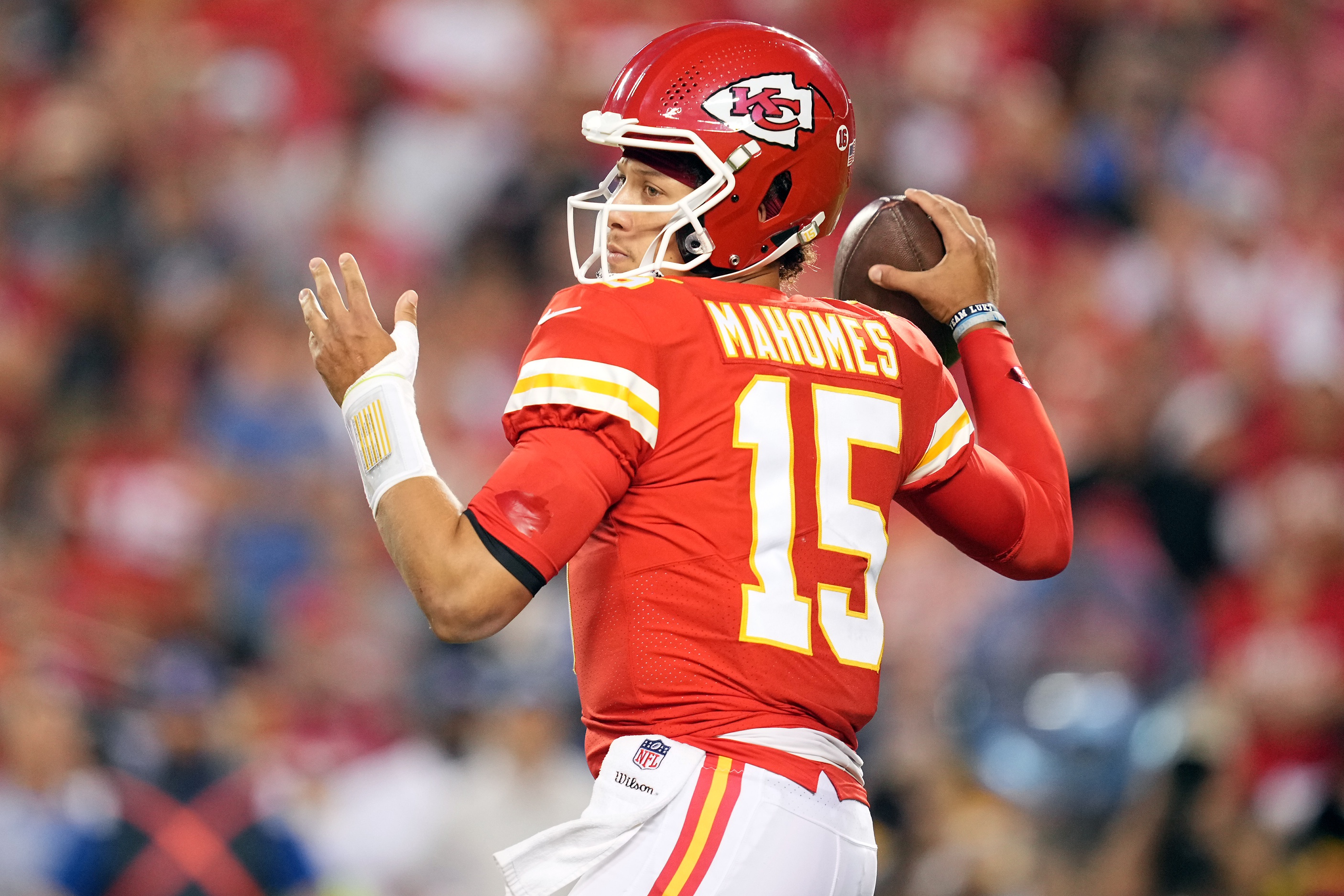 Through two weeks, it’s looking like the Kansas City Chiefs are going to cruise to a seventh straight division title. They already got a win over the Los Angeles Chargers under the belt, and both the Denver Broncos and Las Vegas Raiders are struggling under their new coaching staff. I thought this was supposed to be one of the more competitive divisions in the National Football League!

That being said, the season is still well in its infancy with plenty more football to be played. With KC still expected to run up against the toughest schedule strength of the four teams comprising the AFC West, there’s still much to be decided in this uber-talented division. With that, there are some inflated betting odds to take advantage of over at PointsBet Sportsbook, so let’s break the offerings down and get our fingers ready to hit that submit button!

When the Chiefs invaded the desert to collide with Kyler Murray and the Arizona Cardinals the opening week of the season, they found themselves installed the +170 favorites to take home division bragging rights. After clocking the Redbirds and following it up with a come-from-behind win over the Chargers last week, they’re now -115 chalk to seal the deal. Hold your horses people! There’s still plenty not to like about what Kansas City brings to the playing field on a weekly basis. For starters, the pass defense has been a sieve and the offense is still working in a near completely new pass-catching corps. To top it all off, Kansas City must still run up against what Sharp Football Analysis deems the toughest schedule strength of all 32 teams. Over the next five weeks, KC must face @Indianapolis, @Tampa Bay, Las Vegas, Buffalo, and @San Francisco. I’ll bet you dollars to doughnuts they aren’t the favorites heading into the Week 8 bye–SELL!

When the heck will the powder blues finally live up to expectations? I had this team pegged as the running favorite to win this division at the season’s outset. Though it dropped the first of two regular-season meetings against the Chiefs, LA went into that game without Keenan Allen and then saw Justin Herbert suffer a rib cartilage injury deep in the second half that noticeably affected his play. Don’t forget the first-half injury suffered by stud C Corey Linsley either! Once Brandon Staley gets out of his own head and starts gambling again and the walking wounded returns to the huddle, I truly believe the Chargers possess the most talented roster in the AFC. They share the same bye week as the Chiefs and get a much easier cast of opponents to deal with leading up to it. I’ll bet you dollars to doughnuts the Bolts are the favorites to win this division heading into that off week – BUY!

So is it the team acclimating to a new quarterback or is it Nathaniel Hackett going through growing pains in his first go-round as a head coach? Either way, the Broncos have looked wretched through the first two weeks of the NFL betting season. After dropping a 17-16 decision to Seattle in a game it dominated in the box score, it returned to the Mile High City for its home opener and struggled mightily against a team it should’ve waxed. I think Broncos would destroy that same Texans team if it met say in Week 8 as opposed to Week 2.

There’s simply just too much talent up and down the roster for this team to not kick it into high gear at some point. Just take a look at their rankings on both sides of the ball for reference. That being said, the injury bug has been unkind early on and that’s a concern. The ship will be righted at some point and the team’s ascension will be quick. It could still take some time, however, and that means their odds of winning the West could get even more attractive than they are now. I’ll recommend a HOLD for now and report back in a couple weeks.

When I last reported on the Raiders a few weeks back, I said that Josh McDaniels needed to show me he actually possessed head coaching chops before I bought into the Silver and Black. Color me unimpressed through two weeks with Vegas dropping games they could’ve won against both the Chargers and especially the Cardinals.

How in the flying F do you drop that opener to Arizona in a game you led 23-7 going into the fourth quarter?! I wasn’t a fan of McDaniels in Denver and I’m not a fan of him in the desert either. I pray for him if he drops this week’s game against the winless Titans! It’ll only get worse after that with Denver and @Kansas City on the docket. I had this team pegged as the division’s black sheep and I’m sticking to my guns. While 14-1 is attractive, I want none of that action - FADE!