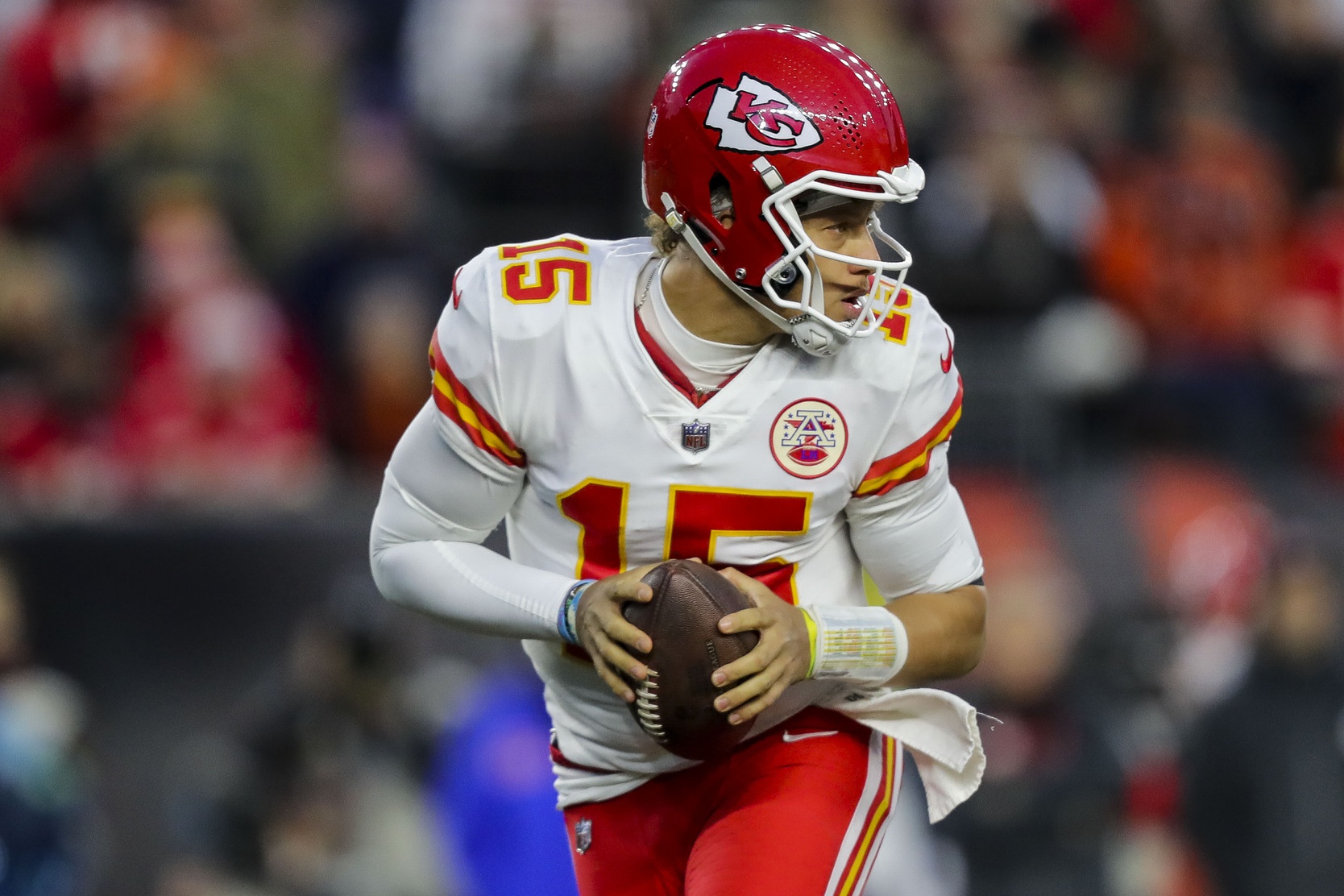 I’m pretty surprised to see linemakers at PointsBet Sportsbook still offering up odds on any team other than the Kansas City Chiefs to win the AFC West right now. For Andy Reid’s troops not to win a seventh straight division title, it would need to lose all four of its remaining games and the Chargers to win all four of theirs. I don’t foresee that happening. Not even in my wet and wildest of dreams! It’s pretty much a done deal in this division, but let’s put the current futures odds offerings under the microscope anyway and see if anything tickles our fancy heading into Week 15.

All I’m concerned about now with the Kansas City Chiefs is that they win an eleventh game so I can finally cash that over 10.5 season wins ticket in. For all intents and purposes, it looks like I’ll be able to do so following this Sunday’s matchup with the Texans of which they’re currently two-touchdown road favorites to go into Houston and come out with the win. Looks can be deceiving though, so I won’t count my chickens until they finally hatch. Regardless, I’m feeling pretty good about it.

So are we sold on Patrick Mahomes and Co. locking down the AFC’s No. 1 seed and the first round bye that comes with doing so? I personally am not! PointsBet for one reason or another didn’t have odds posted to earn the AFC’s No. 1 seed at the time of this writing. Last we checked, they were -200 favorites to do so. Now that Buffalo has caught them in the overall standings, I have to imagine they won’t be the running favorite. The only way to attack this frame of mind right now is betting the under of the team’s 13.5 adjusted in-season wins total. Though heavier -160 vig is attached to the low side of the impost, I still recommend laying it even with the remaining schedule reading @Houston, Seattle, Denver, and @Las Vegas.

Though the Chargers odds of winning the division shortened up from 50-1 to 40-1 this past week after coming up with that impressive 23-17 win over the Miami Dolphins, Brandon Staley’s squad has absolutely zero shot of winning this division. It would take a season-ending injury incurred by Patrick Mahomes for it to happen, and none of us want to see that. Still, NFL bettors couldn’t help but notice how confident a brand of ball the team played on Sunday night with Keenan Allen and Mike Williams each made available for Justin Herbert to utilize over the game’s entirety. If Joey Bosa can return healthy from that groin injury that’s kept him out a bulk of the season, anything can happen with the powder blues moving forward!

The Bolts must win each of their final four games for me to have any shot of cashing that over 10 wins ticket I purchased at the season’s outset. With a schedule that reads Tennessee, @Indianapolis, Rams, @Denver, I truly believe they can do it! Their odds of reaching the playoffs have gone up to -180 from -140 since last reporting, yet their adjusted wins total remains 9.5 with -121 vig attached to the over. If you feel like jumping on the Bolts bandwagon, by all means hit the over and root this ticket cash in with me!

Wasn’t it just so Raiders to lose that game to the Rams the way they did last Thursday night? In falling 17-16 at the gun, the Silver and Black were mathematically eliminated from winning the AFC West title. It hasn’t been the greatest of showings for Josh McDaniels in his second go-round as a head coach in the NFL. Riddle me this Batman: How is it that the team’s adjusted 7.5-game wins total has -175 chalk attached to the over with the remaining schedule reading New England, @Pittsburgh, San Francisco, and Kansas City? I get that three of those four games come in the comforts of Allegiant Stadium, but the team only stands 3-2 SU in front of the hometown faithful and Vegas isn’t going to the playoffs evidenced by “No” currently the -10000 favorite. I’m already invested on the under 8.5 season wins from before the season kicked off, but will double-dip by taking a small position on under 6.5 at a +145 return.

It’s only a matter of time until the Broncos blow it all up. Nathaniel Hackett has proven time and time again that he and his handpicked coaching staff don’t have the chops to call the shots at the NFL level. I firmly expect him to be canned come the season’s end. What goes down with Russell Wilson remains to be seen. They owe him a ton of money, so you can’t help but think he’ll be in the Mile High city for years to come. Now that I’m guaranteed to break even on my pre and in-season win total bets on this team, I want absolutely nothing to do with it moving forward. Kill it with fire Greg Penner, KILL IT WITH FIRE!!!