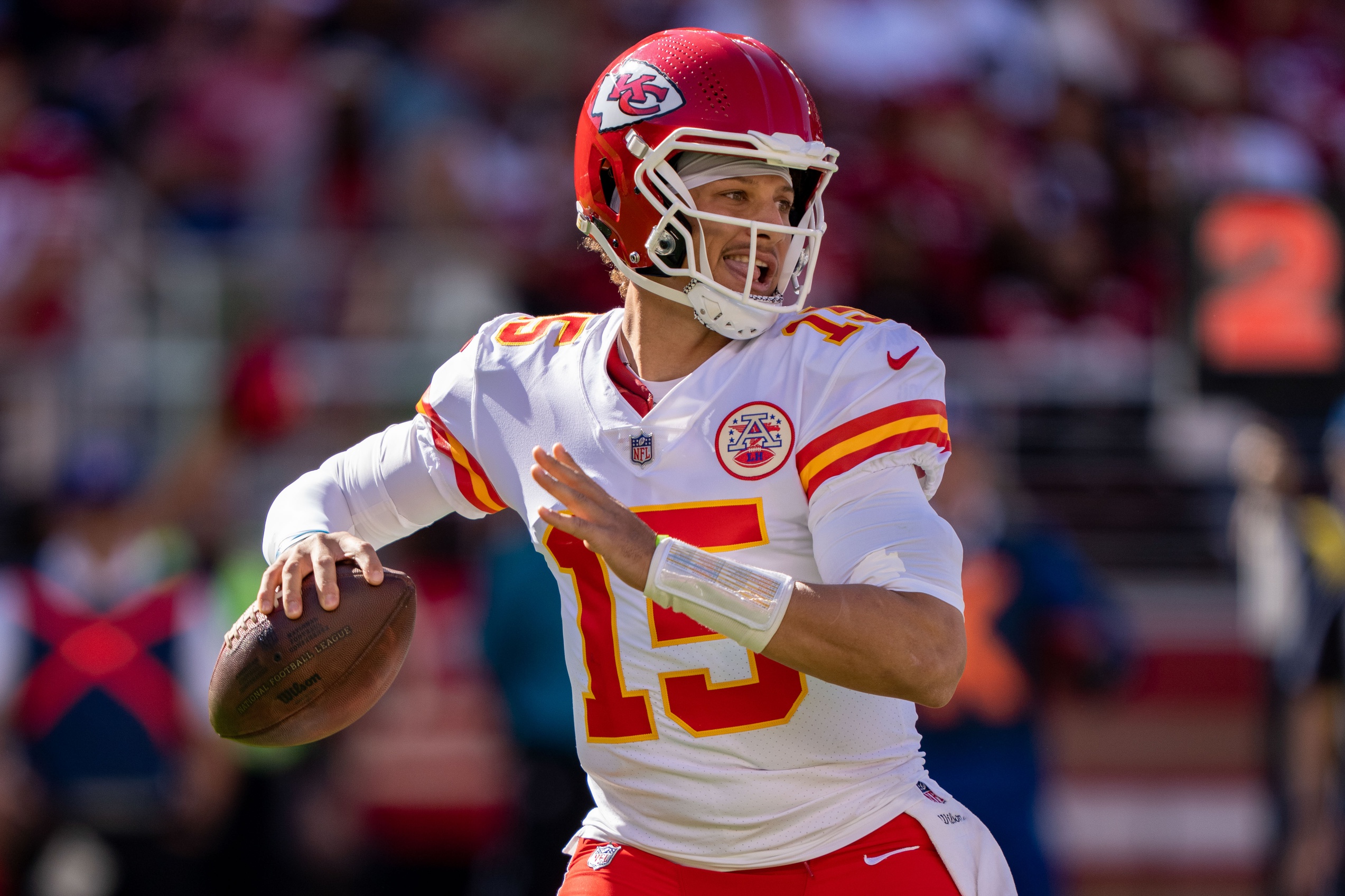 The Kansas City Chiefs were on bye last week, but still ended up seeing their odds to win the AFC West fatten up from -278 to -500 due to LA also being off and the Broncos being the only team to log a win. I bet the over of the Raiders/Saints game and am still trying to figure out how Vegas failed to put a single point on the board against a defense that had given up no fewer than 28 points in its prior four games. That just goes to show how neurotic this division has been this NFL betting season. With all but KC being able to live up to preseason expectations, it’s allowed the Chiefs to run away and hide atop the standings. That being said, I still think they can get caught!

So just how good are Andy Reid’s Kansas City Chiefs? The betting market certainly thinks they’re good enough to lay nearly two touchdowns to another division leader this Sunday night. I’m not so sure. As big a fraud I believe Tennessee to be, I’m still not 100 percent sold Patrick Mahomes and Co. are the soup de jour of the division let alone the conference of which they’re +300 to win behind only the Buffalo Bills.

PointsBet believes the Chiefs are locks to make the playoffs with no line currently available to wager against that happening. They also got them pegged for 12.5 wins on the readjusted wins total. That’s two more than I initially bought the over at before the regular season kicked off! I recommended hitting the under of their adjusted 11.5-game wins total at a +105 return a few weeks ago. Now you’re forced to lay -130 on the under of 12.5. No thanks! The schedule is about to take a turn for the worst, and Kadarius Toney won’t help its susceptible pass defense.

Before entertaining the thought of throwing any more bankroll at a Chargers team that grossly underachieved heading into its Week 8 bye, we have to get a handle on the injury situation. As it stands right now, Mike Williams likely isn’t returning to the field for at least another three weeks. That’s a big play target Justin Herbert won’t have at his disposal. Is Keenan Allen ready to go full bore? I’ve logged nearly as many fantasy points as him and I’ve partaken in LA’s games from the comforts of my couch!

All kidding aside, I still believe Brandon Staley’s squad has it in them to make a run and challenge the Chiefs for division supremacy. The offense hasn’t been at full strength all season and still ranks No. 8 overall and No. 11 in scoring. Ultimately, it comes down to Herbert’s overall health. Is that rib injury suffered against the Chiefs back in Week 2 finally healed? If so, the sky’s the limit for this team with it already having the necessary firepower at hand to make a run. It’ll get tested right out of the chute with back-to-back road games in Atlanta and San Francisco before returning home to close the regular season rivalry out with the Chiefs.

The Broncos have had all kinds of issues closing games out with four of five losses coming by a single possession. They likely should’ve beaten the Colts and Chargers, and one could argue it would’ve blown past the Seahawks back in Week 1 if it stopped turning the ball over in the end zone. I seriously don’t know what to make of this team. While the comeback win over Jacksonville in London was nice, it came against a team also having major issues closing games out.

Was the Week 9 bye perfectly timed or what? Though the defense got worse with the shuttling of Bradley Chubb to Miami, the backfield also got a little more depth with the addition of Chase Edmonds who could become a favorite of Russell Wilson with his excelled ability to turn it up and make hay on dump-offs and screens. I touted the under of their adjusted 7.5-game wins total last time out, but had a hard timed laying the excessive chalk. Well, the number to beat is now back in my wheel house with it clocking in at 6.5 and heavier -130 juice on the over. I called for seven wins and will take a stab in hopes of recouping some of the loss on the over 10 placed at the season’s outset. Don’t fail me now Nathaniel Hackett!

I’ve seen all I need to see to know that Josh McDaniels isn’t the guy this franchise needed to help lead it to the Promised Land. Think the front office isn’t kicking itself for not re-inking Rich Bisaccia as well the team responded to him taking over for Jon Gruden last season? I get that Vegas was dealing with a flu bug of sorts last week, but getting goose egged by N’awlens was flat-out embarrassing. The move to bring Davante Adams in has squashed any chemistry Derek Carr had built with Hunter Renfrow and Darren Waller. The defense has regressed after ranking within the top-10 in pressure rate a season ago. I blame it all on the coaching – it’s clueless!

I touted the over of the Raiders 7.5-game adjusted wins total a few weeks back. It currently clocks in at 6.5 with heavier juice on the over. Though winnable games look to be on the immediate docket, I want nothing to do with this team. I bet their full season under 8.5 and will take the L trying to middle it thank you very much.