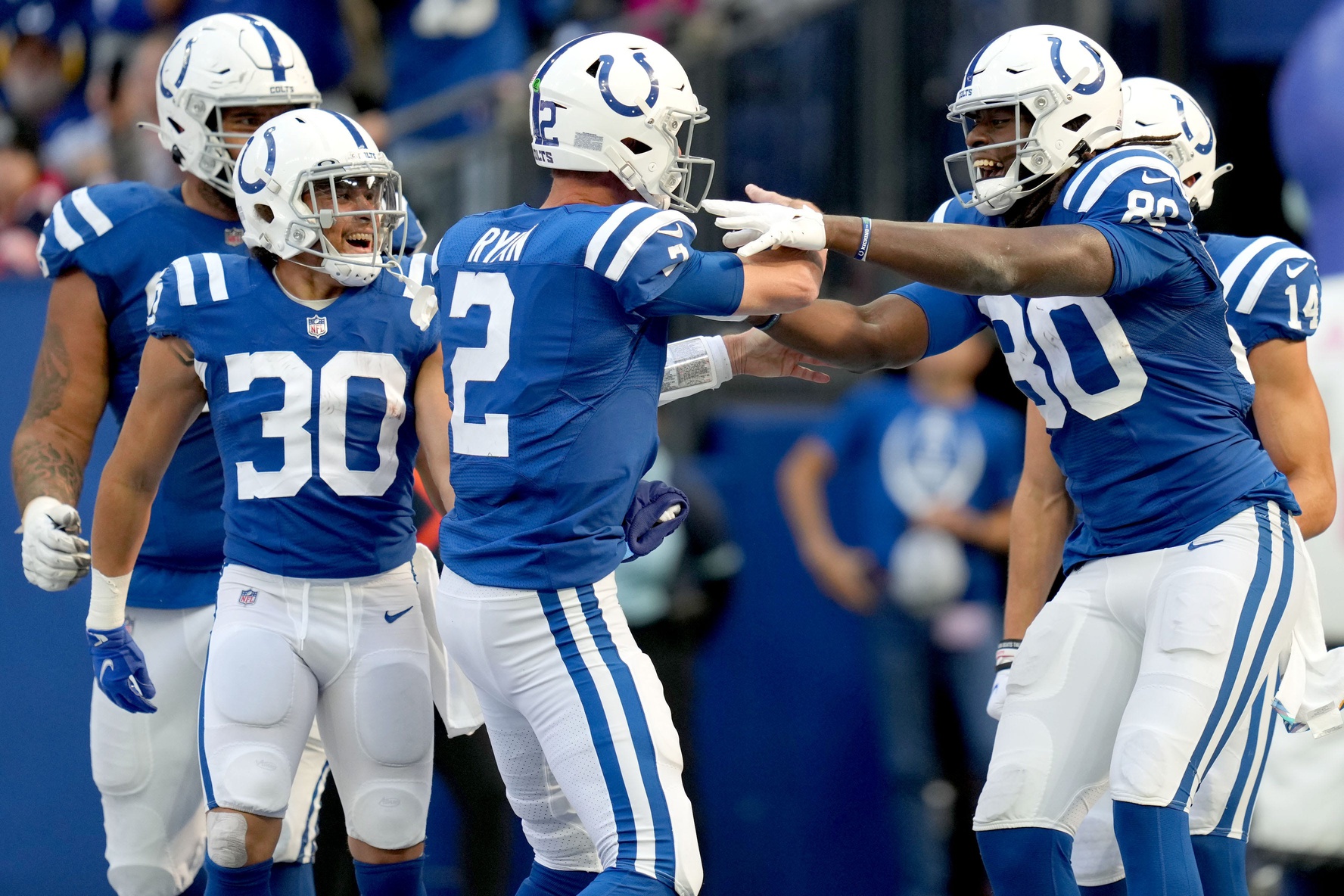 Normalcy has returned to the AFC South with the Tennessee Titans and Indianapolis Colts perched back atop the standings. Linemakers had each lined as the two teams with the best shot of taking home the division title before the season kicked off. They just so happen to be crossing paths in Week 7 with Indy invading Tennessee looking to avenge an earlier season loss. The Jacksonville Jaguars have turned back into a pumpkin with Halloween right around the corner, while the Houston Texans have proven to be the best cover team against the NFL odds of the quadrant. This division is more competitive than was expected heading into the regular season. Much can change over the next three months. Let’s put the current futures odds at BetRivers Sportsbook under the microscope and see if they call for any type of investments.

The Colts just came up with a huge comeback win to even the season series with the Jaguars. It’s highly possible heads rolled had Frank Reich’s squad gone on to get swept by Jacksonville, but it didn’t and now stands a chance of getting back into the catbird seat provided it evens the season series up with the Titans on Sunday. I’m still not exactly sure what to make of this team. Why did it take a third string backup running back to get into the huddle and ignite the passing game? Why weren’t the Colts utilizing Jonathan Taylor like they did Deon Jackson versus the Jags? None of it makes any sense to me. Nor does the putrid start Matt Ryan got out to.

Whatever the case, the Colts won’t be winning anything moving forward if it doesn’t rediscover how to run the football and stop it on the other side of the ball. Lost in the 34-27 comeback win against the Jaguars was the fact that the stop unit got ripped for 243 yards and a 7.3 yard per carry average. If the run defense isn’t rectified as early as this Sunday, Derrick Henry is going to run wild once again after getting Indy for 114 yards and a score in the first go-round. Hopefully the Colts administer a different plan of attack in Week 7.

The Titans got to sit back and watch the carnage take place throughout the weekend. They’ll return to the gridiron on Sunday in hopes of busting the brooms out on the Colts for the second time in as many seasons. If you can believe it, Mike Vrabel’s troops currently clock in as the No. 3 team in the AFC with a 3-2 record both SU and against the closing NFL odds. If not for coughing up a 13-0 halftime lead to the Giants in the season opener, this team would have just one ugly loss to its credit – a 41-7 skunking at the hands of the Buffalo Bills.

That being said, the Titz are one of the biggest frauds in the league per this author’s opinion. They own a -22 point differential and the absolute worst pass defense in the league. King Henry hasn’t been able to get the ground game going ultimately not affording Tennessee the confidence that it can just run the ball down an opponent’s throat each and every week. I have no inclination to back this team winning the division, and I suggest fading it at all costs. The glass slipper will get smashed in short order.

I’ve already got an under 9.5 season wins ticket in my possession and still feel very confident about it cashing. Though the team currently sits atop the standings, I still have no issue coming back over the top and hitting their 8.5-game readjusted wins total under the number as well. If you think nine wins is likely, bypass the wins total wager and bet against the Titans qualifying for the playoffs at -121 instead. This team is a fraud and will get exposed!

The Jaguars really looked like a team that had the goods of making a run at the division title early on after taking it to the Colts and Chargers. Since then, Doug Pederson’s troops have dropped three straight to the Eagles, Texans, and Colts and looked pretty bad in the process. That outright home defeat to Houston back in Week 5 is going to haunt this team the remainder of the season. I’m still at a loss for words as to how dreadful Trevor Lawrence and Co. proved to be in that matchup.

Though the team is in the midst of a three-game losing streak heading into Sunday’s home clash with the New York Giants, linemakers at BetRivers have still given them the benefit of the doubt. The Jags odds of winning the AFC South only moved to 4-1 from +240 the week prior. Its readjusted season wins total remains 6.5 with heavy -150 juice attached to the over. I already own an over ticket at a plus-money return so there won’t be any reinvesting for me. I can only sit back and pray the team doesn’t drop its next four against arguably its toughest assignment of opponents. There’s no value to be had with the current offerings.

The Texans odds of winning this division stayed put over the bye. Makes sense considering this team has absolutely zero shot of outlasting any of its rivals over the next 12 weeks. There are some nice stories coming about however. RB Dameon Pierce is making a run at the Offensive Rookie of the Year Award, while Lovie Smith’s defense has conceded the fewest points in the division. With an under 4.5-game ticket already in the coffers, I have no desire to get involved with any of the team’s readjusted futures odds moving forward. That being said, its tough envisioning three more wins being had so hit the under 3.5 at a +137 return if you feel like gambling.