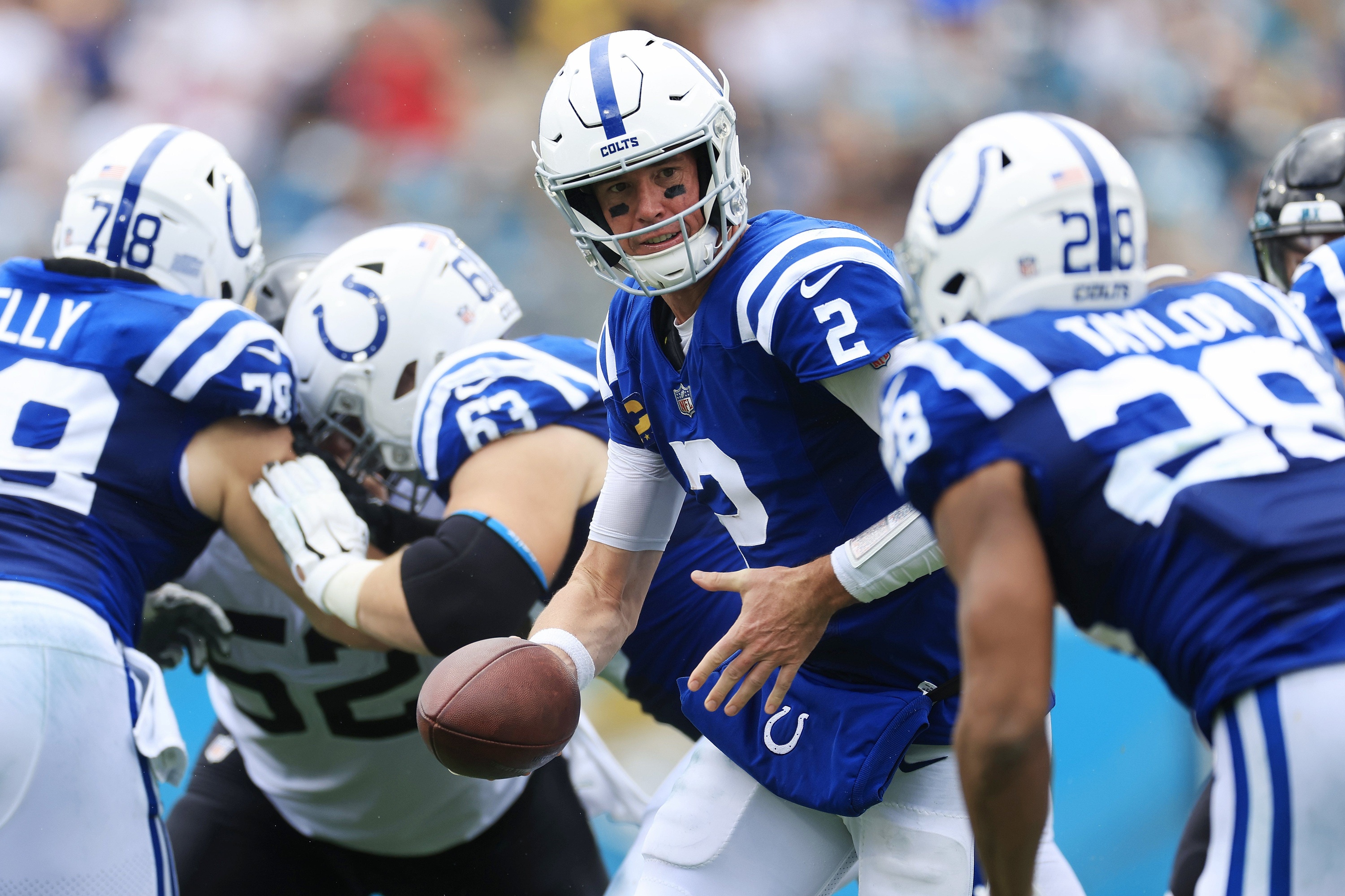 The AFC South is upside down when matching it up to what linemakers expected at the outset of the season. They figured the Indianapolis Colts and Tennessee Titans to be the major players with the Jacksonville Jaguars and Houston Texans bringing up the underbelly of the standings.

But through two weeks, it’s the Jags that sit perched atop the totem pole and Doug Pederson’s squad would be the only undefeated had it been able to see its comeback against the Commanders all the way through in Week 1. Right behind them are the Texans who tied the Colts and gave the Broncos all they could handle in another brutal showing for Nathaniel Hackett’s early coaching career. Believe it or not, but it’s the Colts and Titans who bring up the backend. While I had the Titz pegged for a tough campaign, I’m shocked Indy is winless to this point. Does the scenario set up a buying opportunity?

Let’s put the current offerings at BetRivers Sportsbook under the microscope and see.

I would’ve thought you were some sort of delusional whack if you told me the Colts would be 0-1-1 SU and 0-2 ATS entering Week 3. I still can’t believe it even though I took both games in with my own two eyes. As the great Vince Lombardi once said, “What the hell’s going on out here?!” Indianapolis would’ve won in Houston if not for Rodrigo Blankenship’s shank, but it never should’ve been in a position to have that game be decided in overtime against a much lesser opponent. I get that it was sweltering hot in Duval County last week, but to get shutout by the Jaguars – come on man!

As bad a start it’s been, Indy is still the beneficiary of one of the easiest schedule strengths in the league. Things will get better. However, the offense is dealing with a bothersome injury to Michael Pittman Jr. and we all saw how it affected the Colts plan of attack last week. If he can’t go Sunday, Indy will have its hands full matching points with Patrick Mahomes and the Chiefs. Because of that, I’m taking a wait and see approach with this team. Their odds of winning this division will get much juicier should they fall in the home opener – HOLD!

So the Titans get spanked by 34 points in Buffalo and their odds to win this division get shorter? That makes absolutely zero sense! Listen, you don’t want anything to do with this team over the course of the 2022-23 NFL betting season. I could honestly see it going winless leading up to the Week 8 road clash with the Houston Texans.

By that time, it’s certainly within the realm of possibility the front office decides to pull the plug on Ryan Tannehill to see what they’ve got in the coffers with Malik Willis. After watching the rookie struggle mightily in his mop-up duty against the Bills, it’s clear to me he’s not ready to lead this team to many wins either. It wouldn’t shock me in the least if this team brings up the rear of the AFC South come the season’s end. So if you can find an out offering up division finishes right now, I’d bet on that as opposed to wasting any bankroll on them winning a third straight division title.

From a fan standpoint, it was great watching the upstart Jaguars flex their muscles last Sunday in a commanding 24-0 skunking of the Colts. From a sports betting standpoint, by bankroll wasn’t a fan as I had Indy going over its team total and bet over the game total as well. But #Sacksonville’s defense wasn’t to be denied with Josh Allen – the other one – and his rookie compatriots making life a living hell for Matty Ice and Co. Now don’t go drinking too much of the black and teal Kool-Aid.

The Jaguars took advantage of their extreme home-field advantage this time of year, and the Colts lost an integral piece to their offensive attack a day before kick-off. Do it again this weekend in LA against the Chargers and I’ll start buying into Jacksonville having a say in this division race. On top of that, the line value has been slashed from +700 to +300 and I never make it a point to get the worst of a number – HOLD!

While I can appreciate the fight in the Texans, this squad isn’t likely to be a player in this division race. Not with an offense that’s been equally as fun to watch as getting a root canal. The defense has also been uber lucky running up against a pair offenses breaking in new coaches, quarterbacks, or both. Reality is bound to set in, and it could occur as early as this weekend’s trek to the Windy City in the Lovie Smith revenge game.