AFC South Futures Odds – Is a Big Payout Waiting on the Jaguars? 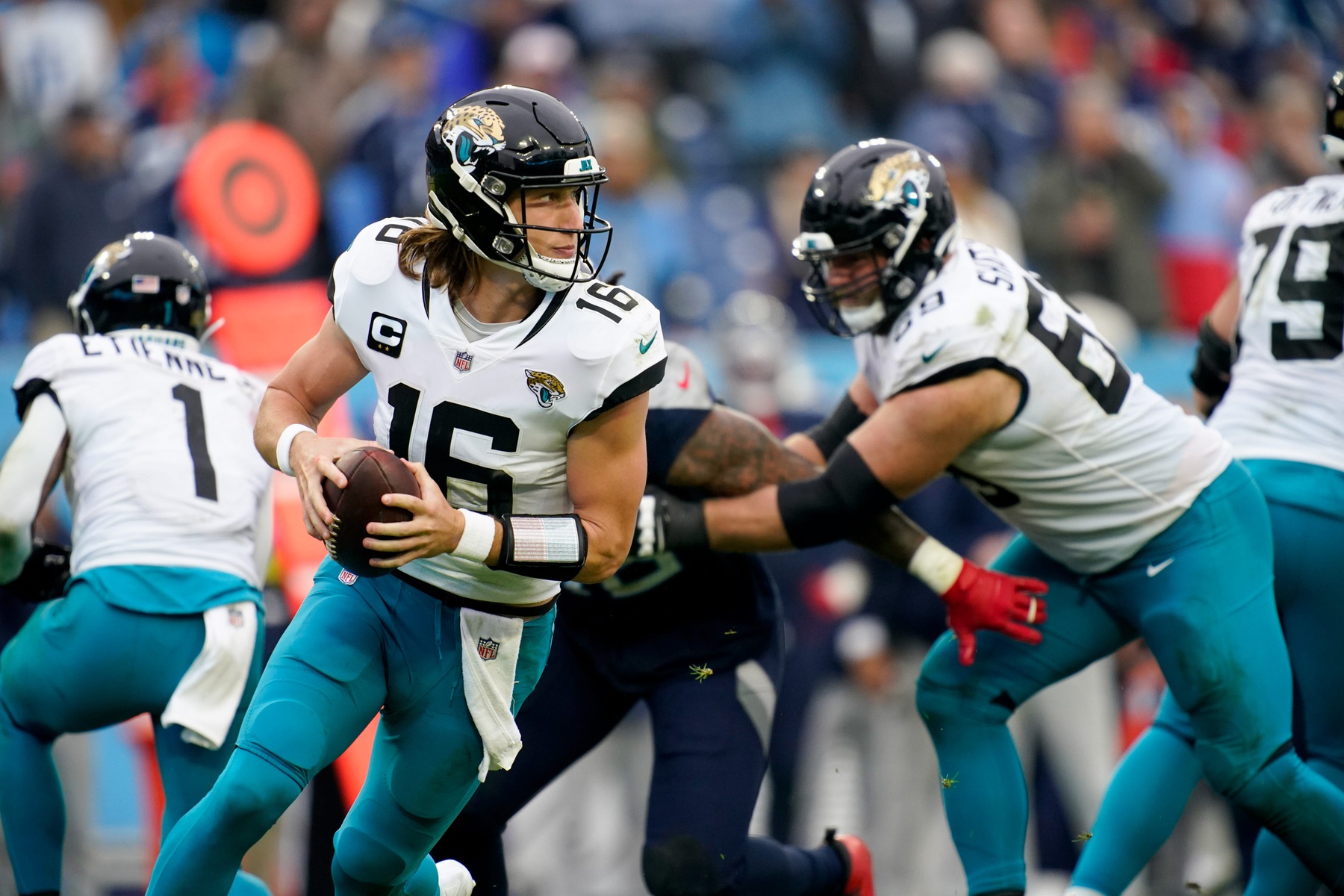 Not a single AFC South team sports a positive point differential. That speaks volumes about the division as a whole and gives NFL bettors a clearer picture as to how the Indianapolis Colts still have odds on the board to win it regardless of sitting four-games under .500 and already being swept by Tennessee. Speaking of the Titans, their once strong grapple hold of the title has loosened up quite a bit after dropping three straight. Last I reported on this train wreck of a division, I stated the Jacksonville Jaguars were live. That sentiment has only grown stronger heading into Week 15 after Trevor Lawrence and co. just took the wood to the Titz. Let’s dig into the current futures odds at BetRivers Sportsbook and see if any are worth taking a stab at.

I’ve covered AFC division futures every odd week leading up to Week 15. I still keep tabs of what they look like on the off-weeks. Heading into last Sunday’s showdown with the Jags, the Titans clocked in as gargantuan -2000 favorites to win the South. I couldn’t help but burst out laughing! Right then and there I logged into my account and added to my position on the Jaguars. More on that later. Coming off that tough loss at home to Cincinnati, I stated it was highly within the realm of possibility that Mike Vrabel’s squad failed to log a win over the next three weeks. Just call me Nostradamus with the team getting skunked by both Philadelphia and Jacksonville the last two weeks. It’s up to the Los Angeles Chargers to make me look like a god!

Though Derrick Henry busted out against Jacksonville, all but two of his 121 rushing yards were accrued in the first half. The King is running on empty folks and that’s a terrible thing for a Tennessee offense that relies solely on his ability to get it done on the ground. Last time out, I recommended taking fliers on the under of their 10.5-game adjusted wins total with heavy -182 juice attached to the impost. I also recommended taking a flier on Tennessee not qualifying for the playoffs at +625. Well, their wins total now clocks in at 9.5 under -225 and no playoff odds are currently on the board at BetRivers. Tennessee cost me a boatload early on, but it looks like it’s all coming back and then some shortly ;)

The Jaguars were my premiere rabid dawg selection of the week and boy did Doug Pederson’s troops get the job done after smashing the Titans 36-22 as +160 road pups. The win clawed Trevor Lawrence and co. to within three games of .500 and breathed new life into the team’s chances of winning the division and punching a ticket to the playoffs. We now need just one win to cash our position on the team’s adjusted 5.5-game wins total as well as two wins to go over 6.5 over -167! I’m shooting for bigger game however even after throwing another beer money investment on Jacksonville winning the South at 13-1. For reference sake, the adjusted wins total remains 6.5 but with heavier -225 juice attached to the high side of the impost.

I can’t even begin to express how huge it would be for the Jaguars to find a way to dispose of the Dallas Cowboys in Week 15. Win that game, and the path towards punching a ticket to the second season will become all the more clear with games remaining @Jets, @Texans, and then back home in the finale against the Titans. All that said, a 5-1 return on investment isn’t worth the squeeze. You’re better off throwing the Jags on the moneyline in an open-ended parlay this weekend and ride them all the way into Week 18. Either cash out there, or back Tennessee plus the points to set up a nice little hedge that guarantees your account fattens up.

Due to the Titans dropping three straight, the Colts still mathematically have a shot to win the AFC South. It isn’t happening people! Not with an end of season schedule that reads @Vikings, Chargers, @Giants, and Texans. BetRivers isn’t even ponying up an adjusted wins total or odds to make the playoffs. It’s time to take the losses and call it a year with this squad. What an utter embarrassment and disappointment this franchise was in 2022-23!

If the Houston Texans can win their final four games, I’ll tip my cap in Lovie Smith’s direction and accept the fact that he handed me the absolute worst wins total loss of my betting career. We’re staked on under 4.5 wins from before the season kicked off and added to the position by also hitting under 3.5 at a juicy plus-money return. With no futures odds to deal with, it’s time to turn our attention to whom this franchise will be looking to select with the No. 1 pick in the 2023 NFL Draft. Paging Bryce Young. Bryce Young you’re needed in Houston to fix a problem!