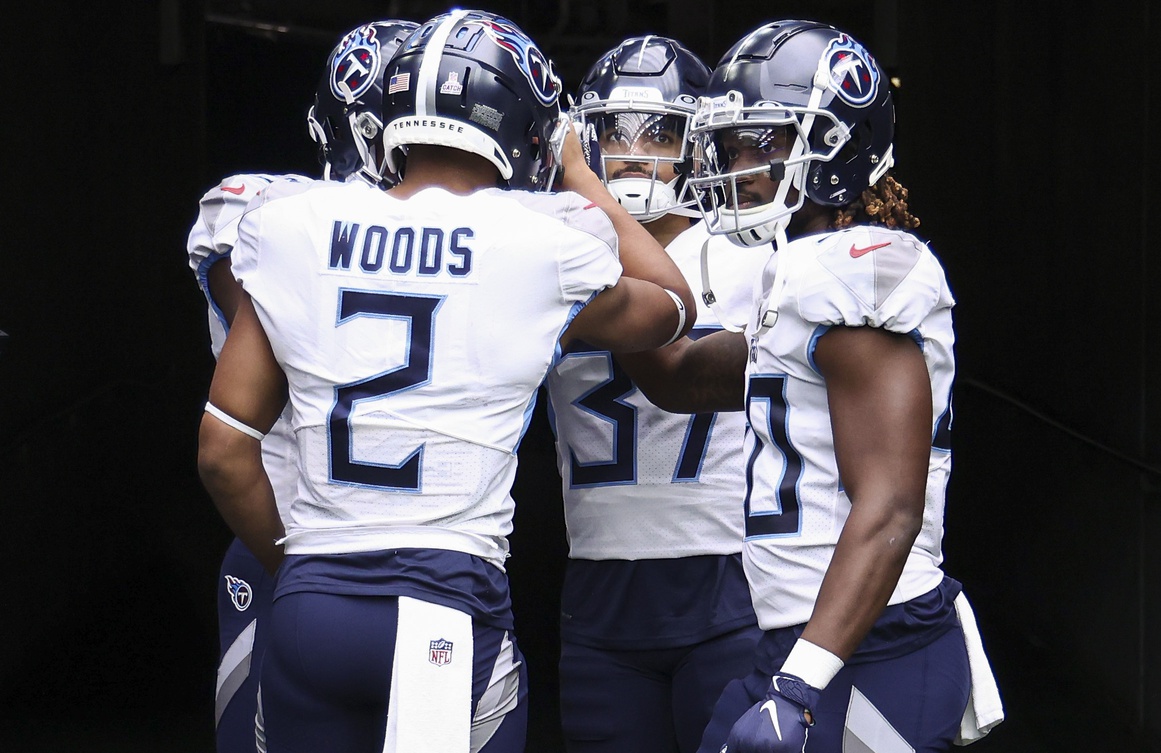 Shame on the Indianapolis Colts for allowing this to happen! Better yet, shame on the AFC South for grossly underachieving to the point that a fraud like the Tennessee Titans can run away and hide eight weeks into the regular season. Mike Vrabel’s Titz are now decided favorites to win the division regardless of all five accrued wins coming against losing teams that aren’t favored to qualify for the playoffs at BetRivers Sportsbook. As poorly the Colts and Jaguars have played in recent weeks, it’s possible neither has the means to catch them. That being said, this week will open a buying opportunity for one if not both of teams with the Titans currently installed 12.5-point underdogs for the Sunday nighter in Kansas City.

Let’s draw up some scenarios and see what to add to the AFC South portfolio heading into Week 9.

Chalk another one up for the Titans who tallied another piss poor win at the Houston Texans in the NFL debut of Malik Willis. Seriously, how many lives does this team have?! Tennessee is the owner of a -6 point differential with a better than 74 percent implied probability of winning this division. That’s nothing short of pathetic! Even so, the team’s in-season wins total remains 9.5 with heavy -139 juice affixed to the under which is just about exactly where it closed before the regular season kicked off. I own an under ticket at -135!

So even though this team has already won five of its first seven games, linemakers doubt Derrick Henry and Co. manage to split their final 10 games. If this team does go on to win the division and punch a ticket to the second season, you can’t help but think NFL bettors will be lining up to fade them much like they are heading into Sunday Night’s road clash with the Chiefs. The next five weeks will be extremely telling with Tennessee set to square off against @Kansas City, Denver, @Green Bay, Cincinnati, and @Philadelphia before locking horns with Jacksonville for the first time. Someone will catch this team. I prefer it be those Jaguars.

I’ll throw some bankroll where my mouth is and put a beer money wager on the Titz missing the playoffs at a +275 rate of return.

The Colts demoted Matt Ryan hoping the move to Sam Ehlinger would light a spark under the offense. It didn’t do much. Indianapolis only racked up 324 yards of total offense and got outgained by 38 allowing the Washington Commanders to pull out the last second comeback win. Now, upper management decided to give OC Marcus Brady the axe looking to shake things up even more. Listen, it’s just not working for the Colts and it likely won’t the remainder of the season. Either that, or they’ll run out of players and coaches to blame.

Injuries have killed this team’s mojo on both sides of the ball. The high ankle sprain suffered by Jonathan Taylor was and still is a killer with the former Wisconsin Badger a shell of his former self. The offensive line has allowed the third most sacks ahead of only the Bengals and Bears. The defense has only had Shaquille Leonard - the heart and soul of the unit - on the field for two games. It’s already been swept in the season rivalry with the Titans, so it will need a miracle, a wing, and a prayer to get out of the hole it’s dug itself into. On top of all that, the remaining schedule is horrendous.

Don’t waste any bankroll chasing good money with bad on this band of underachievers!

Things looked like they were turning around for the Jaguars at the outset of the season with wins tallied in two of their first three games. After mopping the floor with the Chargers in Tinseltown, their odds to win the South got as short as +165. They’re back to being near where they initially hit the board at +650 with the team currently in the midst of a five-game losing streak after dropping another game they likely shouldn’t have against Denver across the pond.

Though six of its final nine games to be played come against teams currently sporting +.500 records, I think Doug Pederson’s squad can still do some damage. That however depends solely on this young team rising to the occasion instead of buckling under the pressure. It had every opportunity to come out on top of all five losses. I haven’t given up hope. Most importantly, it still has two showdowns with Tennessee remaining on the schedule. Their 5.5-game readjusted wins total is a joke. Lay the heavy -167 chalk on the over, and back it up with smaller dart throw bets on the Jags winning the division and qualifying for the playoffs (+490). Tennessee can’t hide for much longer!

Why is Brandin Cooks still on the Houston Texans roster? Why didn’t upper management shuttle him to another team and improve their overall draft stock at the trade deadline? It makes no sense! The last time I reported on this fledgling franchise, I recommended hitting the under of their adjusted 3.5-game wins total. The under was paying out at +137 back then. The number to beat remains the same heading into this week’s home clash with the Eagles, but the low side of the impost now carries -134 juice. Hopefully you listened!