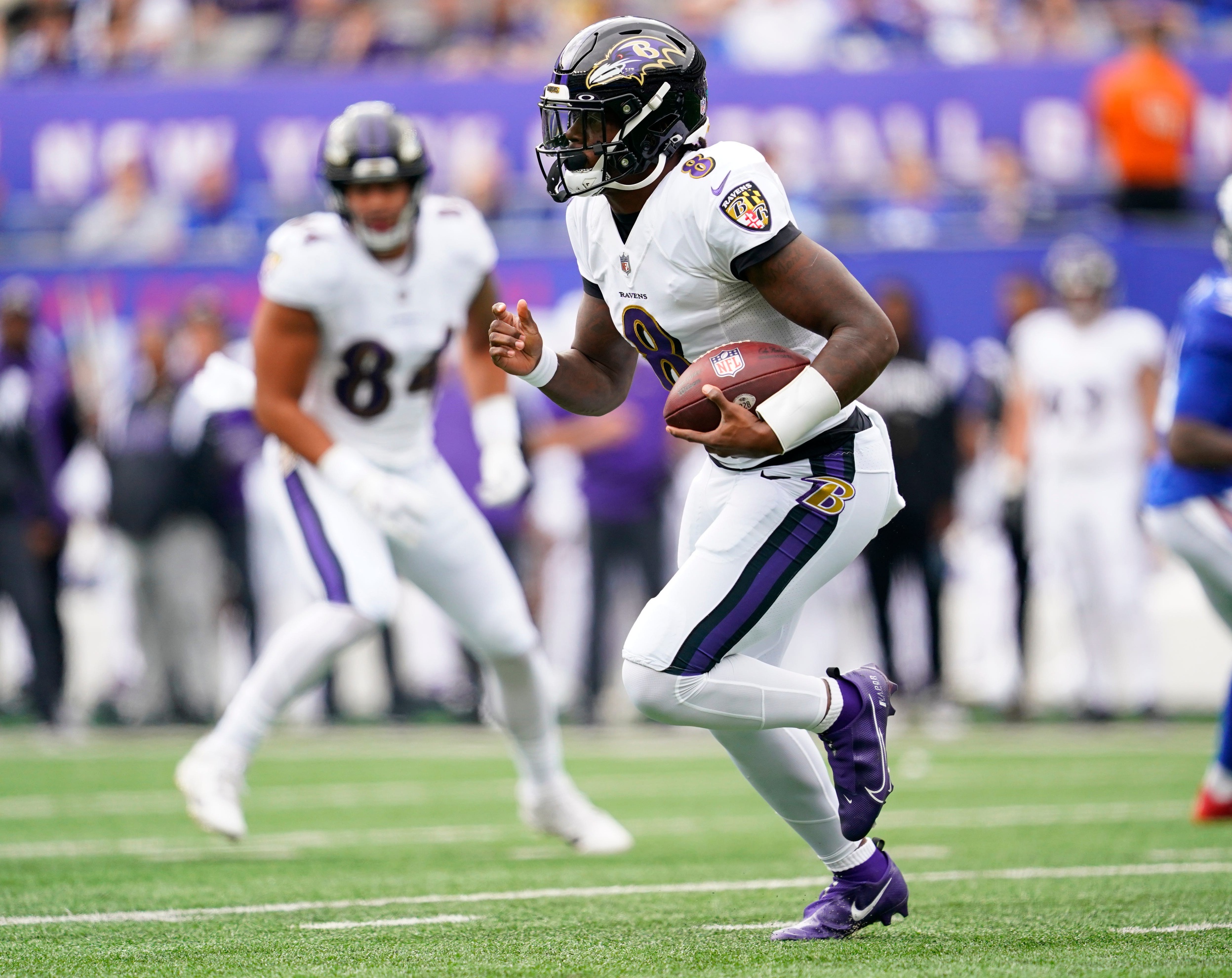 The AFC North figured to be a two-horse race to the title at the outset of the year with the Baltimore Ravens and Cincinnati Bengals installed near co-favorites to get the job done at PointsBet Sportsbook. Fast forward six weeks into the NFL betting season, and nothing’s changed. Though the Cleveland Browns and Pittsburgh Steelers only sit a game back in the standings not taking tiebreakers into consideration, I don’t believe either has it in them to compete with the top dogs come the season’s end.

So who’s it going to be? Let’s put the offerings under the microscope and see if any call for some investments to be made.

Had the Baltimore Ravens been able to seal the deal against the Miami Dolphins in Week 2 and the Buffalo Bills in Week 4, John Harbaugh’s troops would’ve seen their odds to win this division shorten up in a major way. It didn’t happen. Now, the Ravens return home to host the Browns in Week 7 coming off yet another implosion after coughing up a 10 point fourth quarter lead at the Giants.

The Ravens odds to win the division are back down in a considerable range because of it, but I’m not sold after witnessing what’s gone down over the first six weeks. This team can’t hold onto leads and the injury bug continues to take huge chunks out of the roster. J.K. Dobbins and the pass catching corps isn’t right, and Lamar Jackson has felt the brunt of it playing to three straight forgettable performances.

If not for squeezing out a 19-17 win over the Bengals back in Week 5, Baltimore would be in trouble right now. That being said, the schedule as a whole still looks to be very favorable so the Ravens will be in this race as long as No. 8 remains in the huddle. I won’t be adding any Ravens division futures to my portfolio unless they offer up a plus-money return down the road. That could occur in the coming weeks with back-to-back prime time games at Tampa Bay and New Orleans.

Will last week’s 30-26 comeback win and cover in New Orleans be the game we look back on as the springboard that catapulted Zac Taylor’s squad to the AFC North title? NFL bettors finally got the blow up game from Joe Burrow and Ja’Marr Chase with the duo finally making sweet music with one another for the first time in 2022-23.

We already made a move on the Bengals after the team dropped back-to-back decisions to the Steelers and Cowboys to open the year. The +320 rate of return is likely to be the longest in-season rate of return we’ll see moving forward. That being said, there’s still value on Cincy at 2-1 due to the issues the current frontrunners have had to this point of the season.

Cincinnati owns the best defense in the division, and its offense might finally be coming around. The next three games will be extremely telling. They got the upstart Falcons at home, @Cleveland, and the defunct Panthers back home. Win all three, and the Bengals could find themselves perched atop the standings heading into the Week 10 bye.

The Cleveland Browns have managed just two wins through their first six games with Jacoby Brissett under center. The triumphs came against the tanking Carolina Panthers and Mitch Trubisky led Pittsburgh Steelers. The losses have come against the Jets, Falcons, Chargers, and Patriots. That tells me this team - as currently assembled - is good enough to beat bad teams but not excelled enough to compete with teams likely to qualify or on the fringe of qualifying for the playoffs.

Will Deshaun Watson make that much of a difference? If getting peak Watson, without a doubt yes. However, what are we to expect from the former Houston Texans standout that hasn’t competed for nearly two seasons? I just can’t see it and would give a strong look to wagering on the under of their 7.5-game readjusted wins total with six of their final nine games taking place on the road following the team’s Week 9 bye.

The Kenny Pickett era has been a dud with the rookie failing to impress before getting bounced from Sunday’s home tilt against Tampa Bay with a concussion. It wasn’t all his fault though. Facing the Bills and Bucs to kick off an NFL career is a tough task. Though Mike Tomlin’s squad managed to score the hard-fought win, I have no faith in the Steelers winning the division to cash in as 20-1 dogs. Their odds of doing so were double going into the game!

If Pittsburgh is to topple its readjusted 5.5-game season win total or cash 15-1 tickets by qualifying for the playoffs, it must win the next two on the road at Miami and Philadelphia before going on bye. I’m not buying it! They’ll have a better shot of going over the total by earning a split with five of their final nine games to be played at home, but it still won’t be enough of an advantage to win this division. I have no interest getting involved with anymore futures bets involved with the Steelers and will just take the L on my preseason investment on over their 7.5-game wins total.