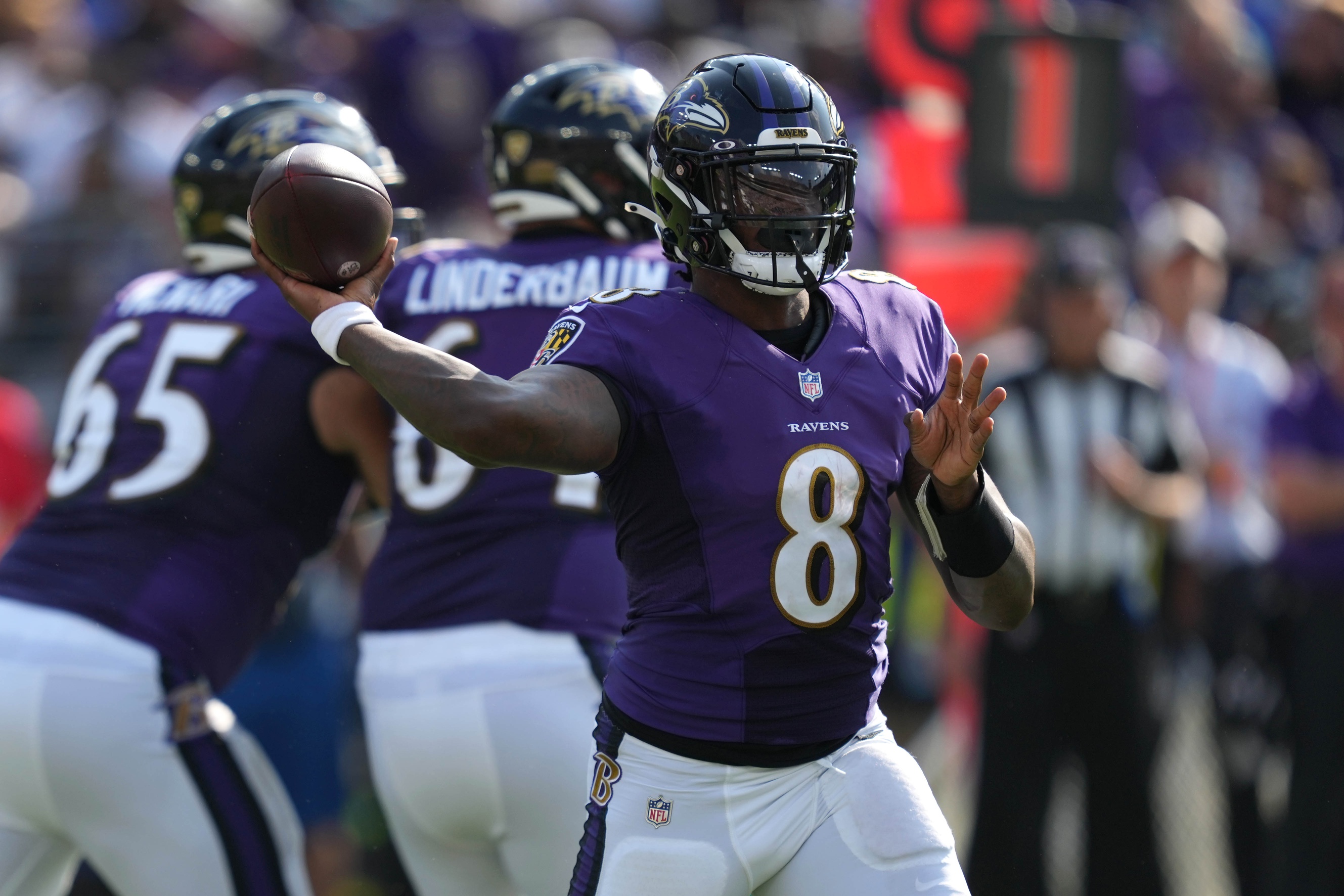 With the amount of hype the AFC received in the offseason, it comes as quite the surprise to see half the divisions being led by one-win teams through the first two weeks. As it stands right now, the Pittsburgh Steelers and Baltimore Ravens sit perched atop the AFC North standings with 1-1 records.

The Cleveland Browns pulled one out of the bag in Week 1 at Carolina to not remain winless, while the Cincinnati Bengals have been the biggest disappointments to this point dropping games in overtime to the Steelers and at the last second against the Cowboys. Does that mean Joey Brrrr and the Bengals are buys on the futures odds right now? Let’s put the offerings at PointsBet Sportsbook under the microscope and find out!

Talk about monumental collapses! The Baltimore Ravens held a 35-14 lead over the Miami Dolphins heading into the fourth quarter, but still allowed Tua and Co. to battle all the way back to steal the 42-38 outright win and cover as 3.5-point underdogs. As despicable a late-game performance the defense put forth, I still believe this team is the cream of the AFC North crop.

The folks over at PointsBet seem to hold this point of view as well only dropping their rate of return to +100 from +130 likely due to no other team within the division separating itself. The next three weeks will be telling with games scheduled @Patriots, Bills, and Bengals. Something tells me Lamar Jackson and his mates open up a can in New England this weekend!

Buy Buy Buy! If you have Ravens shares already in the coffers, this is a no-brainer! Even if you don’t, it’s highly unlikely the Bengals offer up this rate of return down the road. I don’t know what’s going on with the reigning AFC champs, but there’s still plenty of time to rectify the situation. Zac Taylor was heralded as a genius when overlooking the team’s unforeseen trek to the Super Bowl. Now, fickle fans are calling for his head after getting out to a winless start.

How about pointing the finger at the retooled offensive line and demand it starts earning its paycheck? Joe Burrow has already been sacked a league-worst 13 times. Think that has anything to do with his 3:4 TD/INT ratio? I sure do! This team is underperforming in a big way and a big reason why is because of the trench play. Look for that to get sorted out in New York this weekend – BUY!

Is there a story more disappointing than that of the one the Cleveland Browns have told over the last few seasons? This team looked to be built to compete for division titles for at least the next five years. Now, it almost feels like they need to blow it all up and start from scratch once again. Why can’t the people of Cleveland ever have anything nice? In all honesty, the franchise likely did it to itself. The signing of Deshaun Watson and guaranteeing him a gazillion dollar salary has supplanted a dark cloud right over FirstEnergy Stadium.

Far out theories aside, it’s the defense that’s stunk out loud with Denzel Ward and Co. getting ripped for nearly 260 yards per game (No. 25). Y’all just see what the Joe Flacco led New York Jets did? It wasn’t pretty! Until this team shows me they give a damn, I want nothing to do with them regardless of the pay-off being in the same boat as the Bengals.

So how many more weeks of embarrassing offensive output will it take until Mike Tomlin pulls the plug on the Mitch Trubisky experiment? I personally just invested in Kenny Pickett winning the Offensive Rookie of the Year Award (+1400), so here’s to hoping it’s as soon as this Thursday night. NFL bettors already saw the Steelers defense get run into the ground last year due to picking up the slack for an underperforming offense led by Ben Roethlisberger.

This unit needs relief! Shame on management if they continue to go this route! Winnable games are there for the taking over the next few weeks. Then the gauntlet begins @Bills, Buccaneers, @Dolphins, @Eagles, Saints, Bengals, and @Colts. You won’t be getting the best of the number if you take the plunge now – SELL!