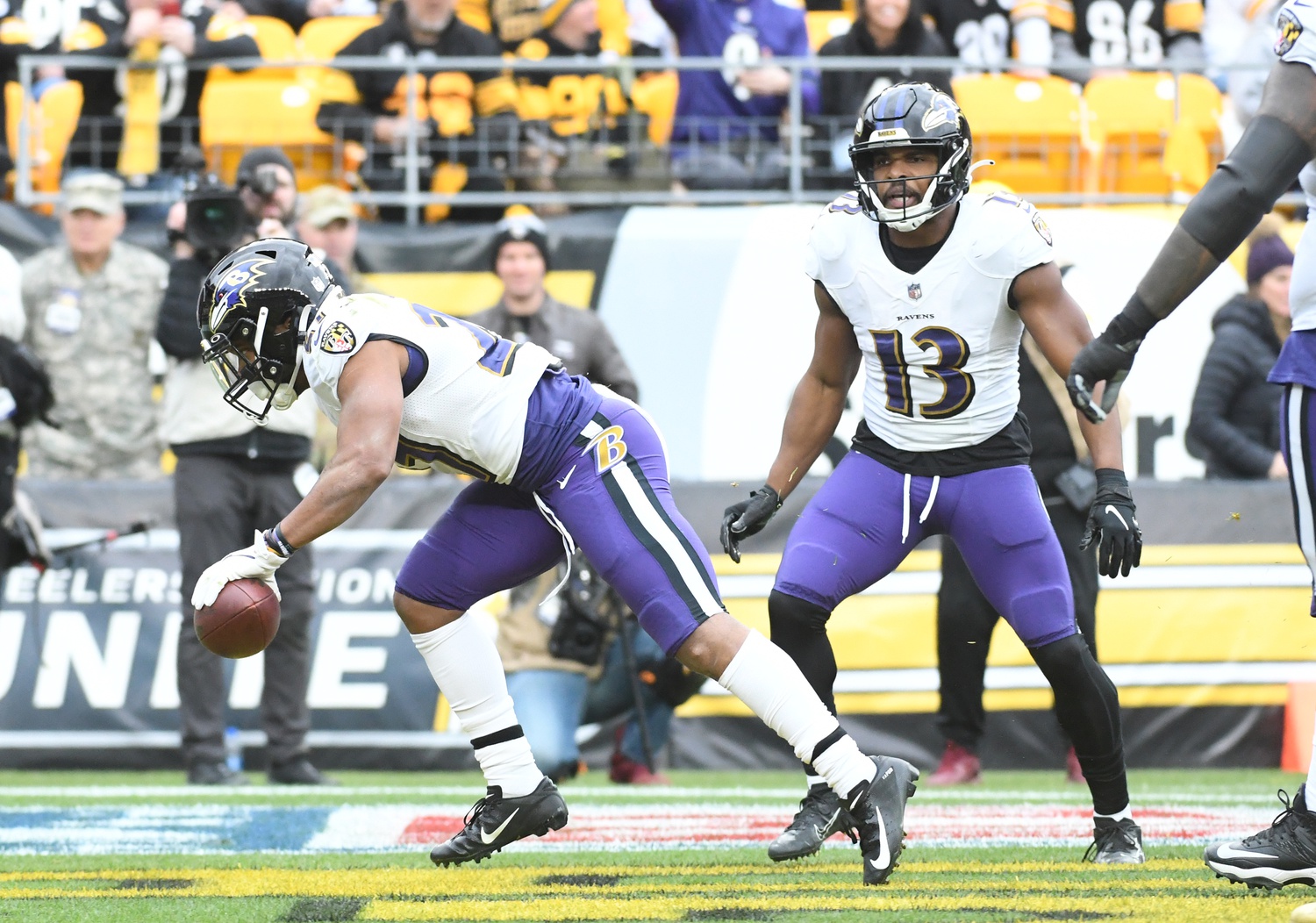 I continue to find it laughable that PointsBet Sportsbook continues to offer up odds on the Cleveland Browns winning the AFC North title. Kevin Stefanski’s squad has been dead in the water since managing just one win in the month of October. Sorry, but Deshaun Watson won’t be the savior in 2022-23. This is still a two-horse race between the Baltimore Ravens and Cincinnati Bengals, and I’ve already let it be known that the latter will run away with it in short order. Let’s put the current futures odds under the microscope and see if any of the current offerings call for any adds to the portfolio.

John Harbaugh’s squad continues to sit atop the heap, but their days of ruling the roost look to be numbered. Lamar Jackson missed last week’s near defeat to the Pittsburgh Steelers. Backup Tyler Huntley was knocked out of that game with a concussion. That means practice squad quarterbacks Anthony Brown and Brett Hundley are the only shows in town, and I don’t foresee Baltimore Ravens fans lining up in droves to see either lead one of the more pedestrian offenses in the league. While both J.K. Dobbins and Gus Edwards returned to the backfield in last week’s 16-14 triumph, I simply can’t envision this team holding onto first place much longer.

Though each of the next three opponents sport losing records, Thursday’s trek to Cleveland won’t be a walk in the park and the two home games against the Falcons and Steelers figure to be challenges as well if Lamar is still out of commission. Then there’s that season finale in Cincinnati that could be for all the Tostitos provided the Bengals hadn’t already leapfrogged them in the standings. The Ravens got one heck of a defense at its disposal, but it’s beatable through the air and will be tested. How long it can hold up will ultimately determine whether or not it’s able to see this all the way through.

I told you to buy the Bengals in Week 9 at +350. I screamed from the mountain top to get you some shares at +425 in Week 11! Heck, I still said Cincy was a buy at +200 heading into that Week 13 clash against the Kansas City Chiefs. If still unable to wrap you’re head around it, Cincinnati is a buy so long as PointsBet continues offering up a plus-money return on Joey Brr and co. winning the North!

Guess what? The Bengals clock in at +115 heading into a pivotal two-game roady set for Tampa Bay and New England. I ain’t scurred! Cincinnati’s in the midst of a five-game SU and ATS winning streak and just got Ja’Marr Chase back in the huddle. The defense looks to be rounding into a dominant form as well. It’s the perfect storm in the ‘Natti right now, so you’re going to want to add shares of this team before it’s too late. And I’m not just speaking of winning the division. Login to your PointsBet account right now and purchase some shares to win the AFC (+550) and Super Bowl LVII (+1000) STAT! Don’t waste your time betting the over of their 11.5-game adjusted in-season wins total at a +130ish return. You’d get +350 or better odds by starting an open-ended parlay leading up to the home game against the Ravens. Always make it a point to get the most bang for your buck!

The Browns are 1-1 SU and 0-2 versus the NFL odds with Deshaun Watson now calling the shots. His presence hasn’t done much to improve the offense. Some would argue he’s been more of a detriment than a benefit. That will however change in the near future once he’s able to bang off all the rust that accumulated the last two seasons. At 5-8 SU and 6-7 ATS, it’s going to take a Herculean effort for Cleveland to get back in the playoff picture. However, the remaining schedule to do so is more than doable with games slated to go against the poverty Ravens at home, Saints, @Commanders, and @Steelers. Far from an imposing slate.

For it to occur however, the defense must rise up and start making an impact unlike it just did in Cincinnati after allowing the Bengals to rack up 363 yards of combined offense and convert at a 40 percent clip on third down while punching the pigskin into the end zone on two of three red zone penetrations. If Myles Garrett and the defense start earning their paychecks, Cleveland will have a shot. That being said, the over of their adjusted 7.5-game win total is paying out a +133 return for a reason.

It’s starting to look like Mike Tomlin will overlook a sub .500 Steelers squad for the first time in his career after the team dropped a tough 16-14 decision to the Ravens this past Sunday. Kenny Pickett is in concussion protocol while George Pickens is screaming at anyone that will listen to him about not getting targeted. I hate to admit it, but it doesn’t look like my over 7.5-wins ticket has a prayer of cashing in with games remaining @Carolina, Las Vegas, @Baltimore, and Cleveland. PointsBet already put a fork in this team, so we’ll follow suit and do the same.