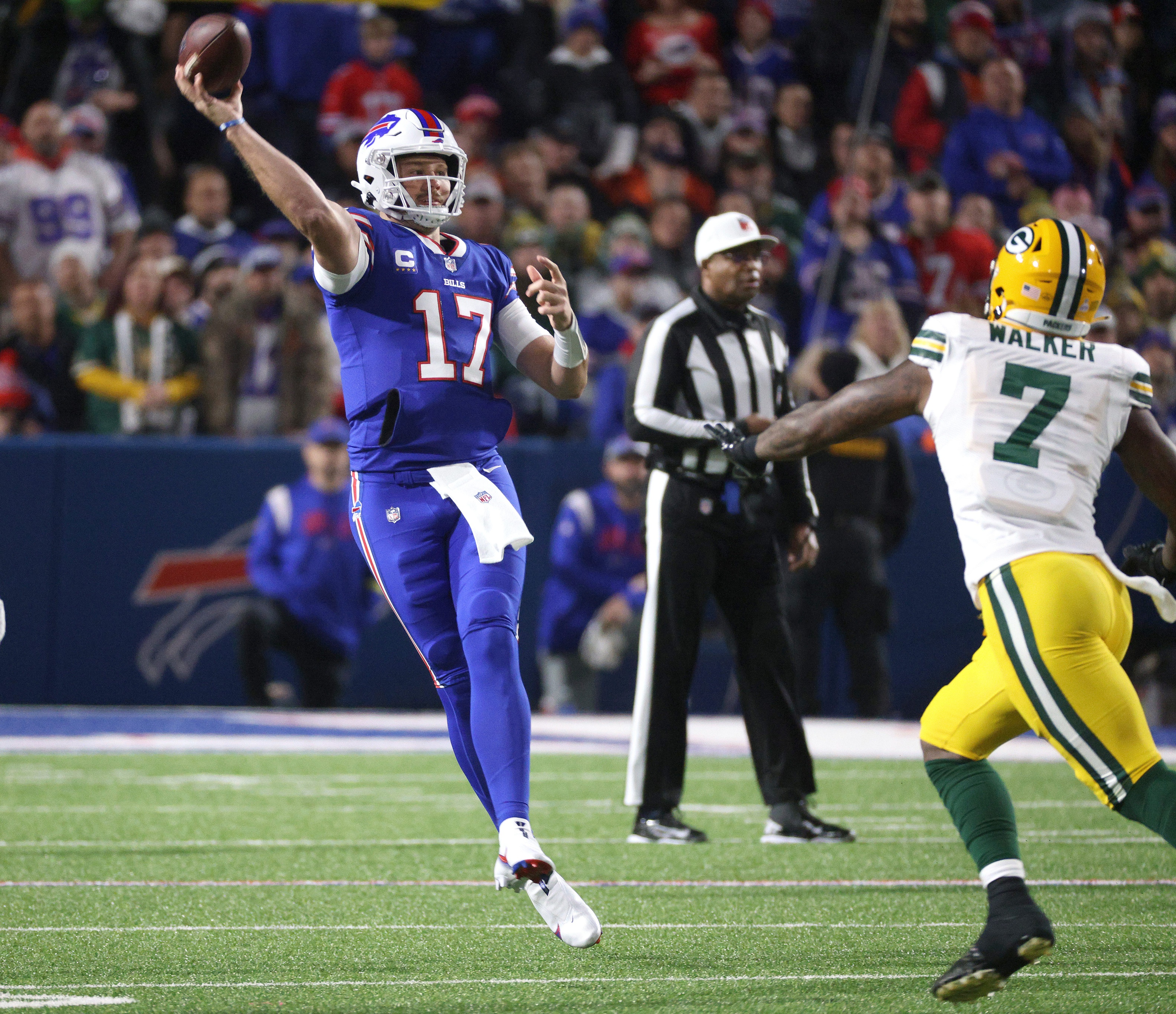 The New York Jets and Miami Dolphins continue winning games to keep pace with the front running Buffalo Bills. Does that mean we should be looking to throw our hard earned money on Robert Saleh or Mike McDaniel ultimately finding a way to dethrone the reigning AFC East champs? I don’t suggest it. Sean McDermott’s squad is the decided favorite to not only take this division down at BetRivers Sportsbook for the third straight season, but is also the team to beat on the Super Bowl LVII futures odds. Let’s dig into the current futures odds offerings and see if anything’s worthy of investing in right now.

I warned of not being able to take advantage of a discount when last reporting on the AFC East a few weeks back, and that forecast came to fruition with the Buffalo Bills still installed decided favorites to take home bragging rights come the conclusion of the regular season. That however might not be the story in the coming weeks with a big divisional showdown set to go down this Sunday against the Jets followed by home games against the Vikings and Browns.

Should Josh Allen and Co. slip in any of those games, it will offer up a buying opportunity. Now it might not be an attractive one, but at least NFL bettors won’t be forced to lay $1K just to make a Benjamin. I don’t foresee any team but the Bills winning this division as light the schedule looks from Week 12 onwards, but crazy things can and will happen.

Weeks back, Miami’s readjusted in-season wins total clocked in at 9.5 with +120 juice attached to the high side of the impost with Tua Tagovailoa set to return to the huddle. Its odds of qualifying for the playoffs clocked in at -110. I suggested hitting the over at a plus-money return instead of punching a ticket to the second season with 10 wins likely to afford most AFC teams a second season invite.

Fast forward two weeks and the Fins odds of going to the playoffs chime in at -335, and their readjusted wins total is 10.5 with heavy -167 juice supplanted on the under. The window of opportunity has slammed shut with the Miami Dolphins logging back-to-back wins over the Steelers and Lions. Pat yourself on the back if you struck while the iron was hot! If not, there will be plenty more scenarios to take advantage of on other teams in the coming weeks.

So I likely drank a bit too much of the New England Patriots Kool-Aid after they destroyed the Cleveland Browns 38-15 to claw back to .500 back in Week 6. I recommended hitting the over of their 7.5-game readjusted in-season wins total at a +120 rate of return. With the Bears, @Jets, and Colts next up on the docket, I figured we’d zoom past the impost relatively easy.

Then they went out and got smoked by the Chicago on MNF in one of the more surprising end results of the 2022-23 NFL betting season. Bill Belichick’s decision to screw with his quarterback room played a large role, and it has me second-guessing the decision. That being said, five of the Pats final nine games will be played in the comforts of Foxboro. While a plus, I’m pretty certain this isn’t a playoff team. I’m more confident betting the “No” of the team making the playoffs than I am of hitting the over of their now 8.5-game adjusted wins total at a +110 return.

The Patriots put an end to the good times the New York Jets were experiencing by beating up on bad or injury-riddled teams this past weekend. Last I reported on Zach Wilson and Co., I screamed from the mountain tops to hammer the under of their 8.5-game readjusted in-season wins total with the -139 juice not being an obstacle!

With a remaining schedule that reads Buffalo, @New England, Chicago, @Minnesota, @Buffalo, Detroit, Jacksonville, @Seattle, and @Miami, I’m still finding it extremely tough to envision four more victories. But will there be three? Robert Saleh’s troops are currently staring back at a 7.5-game readjusted wins total at BetRivers with -134 juice on the over. Chicago, Detroit, and Jacksonville are the likeliest of win spots. If you believe the Jets sweep the remainder of their home schedule following this Sunday’s date with the Bills, hit the over. If not, simply just attack the Jets on a week to week basis.