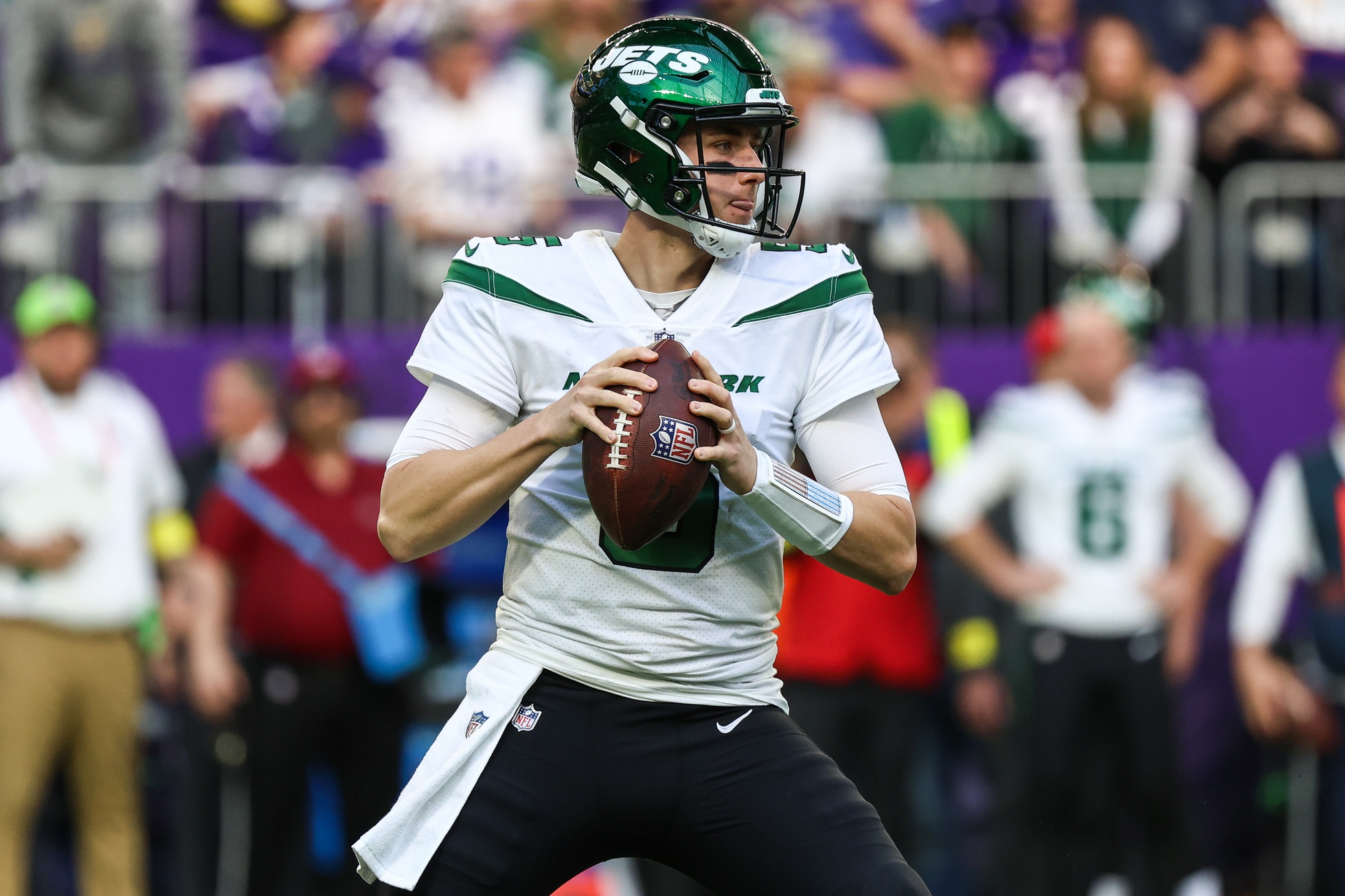 The Buffalo Bills have been my choice to take home bragging rights in the AFC East since day one. Fortunately, Sean McDermott’s troops allowed for futures odds bettors to get in at a reduced rate in the late stages of the regular season. Last I reported on this division, I stated a buying window remained open to add to the portfolio if you hadn’t at the season’s outset. Now two games clear of the Miami Dolphins in the standings with the opportunity of getting out to an even bigger lead in Week 15, that window has been slammed shut. Buffalo is winning this division, so all that’s left to do is look into the other three team’s futures odds offerings at BetRivers Sportsbook to see if anything demands our attention.

Last we took a deep dive on the Bills, they had the New England Patriots on the menu in Foxboro for the Week 13 installment of Thursday Night Football. They passed that one with flying colors dominating “The Hoodie” en route to logging the 24-10 win and cover as 3.5-point favorites. They then followed that up with a win and non-cover over New York to even up the season series after falling to the Jets back in Week 9. The team has passed the first two legs of its late-season divisional trifecta and now gets the opportunity to more or less put the division title on ice with the road weary Miami Dolphins invading Buffalo for a pivotal Week 15 clash.

Hopefully y’all bought some shares of Josh Allen and co. back in weeks 11-13 when the low water mark clocked in at -180 and the high at -225. All the line value has since evaporated with BetRivers demanding you lay $1.1K to take home a Benjamin. No thanks!

My how different things looked for the Miami Dolphins when last reporting on Mike McDaniel’s squad heading into that Week 13 trek to San Francisco. The 49ers defense went on to toy with Tua Tagovailoa and the offense limiting the unit to just 308 total yards while forcing a total of four turnovers; one of which was returned for a score to put a cherry on top of the 33-17 final. That loss was followed up with an even bigger catastrophe after managing just 219 yards of total offense against the Chargers skeleton crew defense. I sat and watched in amazement as the running game had no clue how to take advantage of a very beatable run defense with Jaylen Waddle once again a non-factor.

I warned of things taking a turn for the worst heading into this three-game road trip, and now the Fins get to close it out in Buffalo with Tyreek Hill working on a gimpy wheel. This team needs to get healthy and do so quickly with both our positions on over 9 wins and making the playoffs now in jeopardy with games still remaining @Buffalo, Green Bay, @New England, and Jets.

As great a story the New York Jets have been, I warned of it all coming crashing down a few weeks back with the team set to take on the toughest portion of the schedule. It’s odds of winning the east have since fattened up from 25-1 to 66-1. Failing to land the knockout blow in Minnesota will prove costly. That tough to stomach loss was followed up with a handling at the hands of the Bills. The loss moved Robert Saleh’s troops to 7-6 SU which finds the team in quite the pickle qualifying for the postseason now on the outside looking in needing to leapfrog the Chargers and Patriots with the latter owning the tiebreaker after sweeping the season rivalry.

With a ticket cash on over six wins already in hand, I recommended hitting the under of their 9.5-game adjusted in-season win total at -119 juice heading into the Vikings game. It now clocks in at 8.5 over with -225 vig attached to the over. I don’t want any of that with games still remaining versus Detroit, Jacksonville, @Seattle, and @Miami.

“The Hoodie” has done exactly what I asked of him in splitting the two most recent games to gimme a shot at middling my preseason investment on under 8.5 wins and in-season bet on over 7.5 wins. There’s four more bullets remaining in the chamber, and I’m feeling pretty good about it with games still set to go @Las Vegas, Cincinnati, Miami, and @Buffalo. It’d hardly be a shock if it failed to win any of its final three games. This team isn’t winning the AFC East so don’t even think about buying into that 66-1 rate of return.

I initially hit the under of the Patriots win total at 8.5 +105. BetRivers is currently offering an adjusted in-season win total at 8.5 under +103. That’s a buy with Rhamondre Stevenson ailing and Damian Harris one hit away from heading back to the sideline. Mac Jones is working with one of the more pedestrian pass catching corps in the league. While Matthew Judon and Josh Uche continue terrorizing opposing quarterbacks, New England must find a way to put points on the board if it’s to punch a ticket to the playoffs. I don’t see it happening, so the “no” to qualify at -200 is also a bet in my opinion.