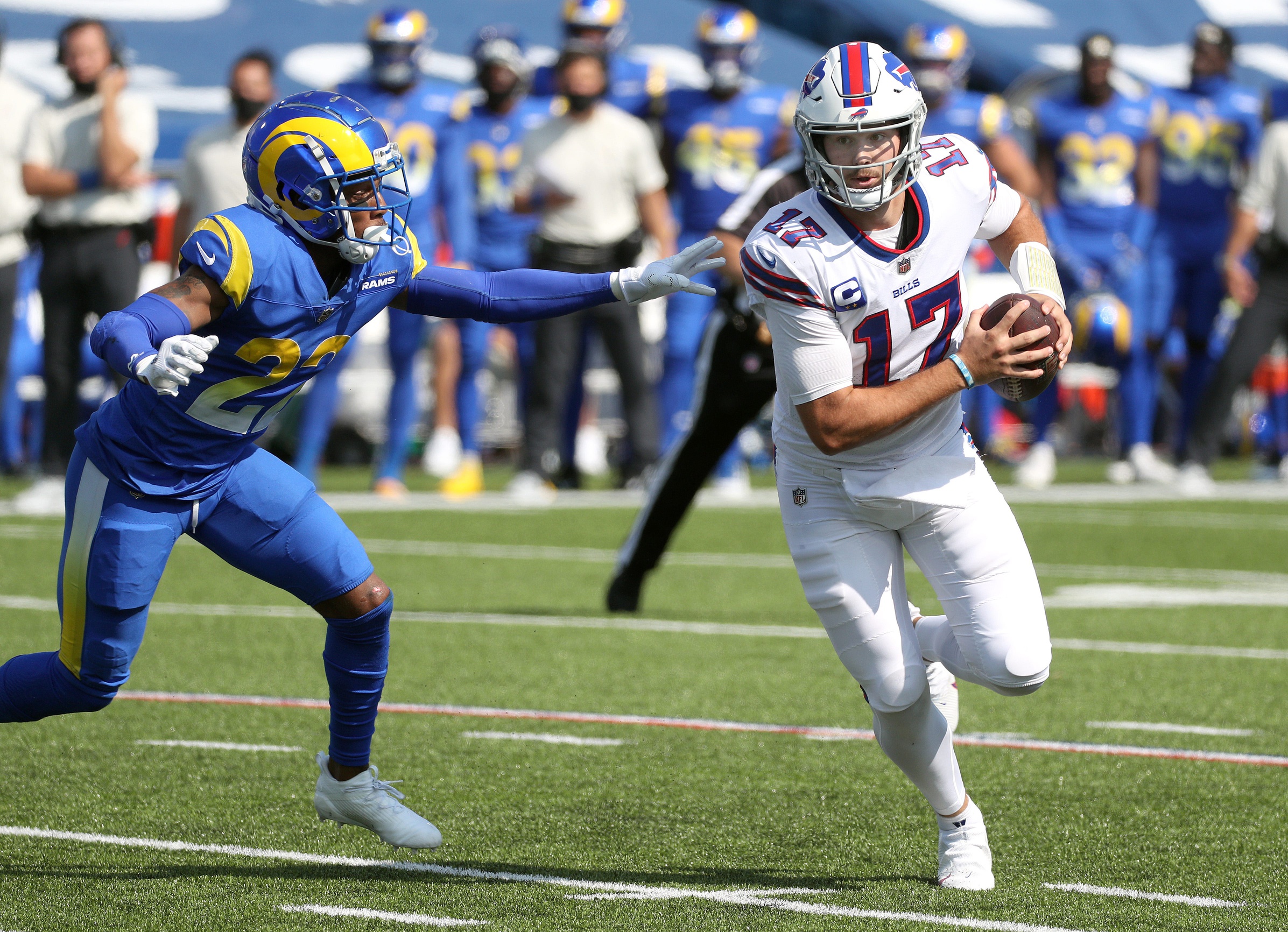 The schedule for the 2022-23 NFL betting season was recently made public, and it didn’t take SugarHouse Sportsbook long to post lines for the opening week. Heck, it’s even got lines already on the board for Week 2 along with a number of others that would be considered “Marquee” games. Those matchups are mostly of the national broadcast types on Thursday, Sunday, and Monday Night Football; Thanksgiving, Christmas Day, and across the pond games are also included. Betting action for each and every one of them is destined to be huge, so let’s put a few of them under the microscope and get ourselves amped up for the upcoming season even though it’s still months down the road.

The action comes at us fast and furious right from the get go with the Buffalo Bills set to square off against the defending Super Bowl champion Rams in the first installment of Thursday Night Football. Josh Allen and Co. are the current odds on +650 favorites to win Super Bowl LVII, while Sean McVay’s troops are fifth in the pecking order at 11-1. The last time these teams locked horns, they played to an offensive shootout with the Bills coming out triumphant 35-32 to cover the closing 1.5-point spread. Buffalo is currently a 1-point favorite with the O/U set at 52 for the season opener.

Closing Week 1 out will be the Denver Broncos and Seattle Seahawks with Russell Wilson returning to the house he helped build as the enemy. NFL schedule makers wasted no time putting him back in front of the 12th Man! The betting market expects this to be a happy homecoming for Russ with the Broncos up to 4-point road favorites after garnering a majority of the early betting action.

Week 2 opens with another doozy on Thursday night with Patrick Mahomes and the Kansas City Chiefs welcoming Justin Herbert and the division rival Los Angeles Chargers into Arrowhead Stadium for the first of two AFC West skirmishes. Al Michaels and Kirk Herbstreit will team up for Amazon Prime’s first of many Thursday Night Football installments. These teams split their pair of meetings a season ago with the road team coming out on top each time. KC’s currently the 2.5-point favorite.

Not a single Week 3 game currently has odds attached to it right now. That takes us to Week 4 where the rematch of Super Bowl LV will play out when Tom Brady led the Tampa Bay Buccaneers to the 31-9 skunking of the Kansas City Chiefs. The rematch will occur at Raymond James Stadium where the Bucs are currently installed short 2.5-point favorites. Tampa Bay is 12-4 SU at home with Brady under center the last two seasons. This will also be the Chiefs fourth straight played game against a team expected by linemakers to qualify for the playoffs. Andy Reid’s got a whale of a schedule to deal with early on!

I’m not exactly sure how Mike McCarthy’s return to Lambeau Field overlooking the Dallas Cowboys to battle the Green Bay Packers in a key NFC showdown wasn’t slotted into primetime, but that’s exactly the case in Week 10. Two potential great games also go in the afternoon slot with the Colts taking on the Raiders in the desert, and the Cardinals squaring off against the Rams. Even so, it’s the Boys and Packers that have a betting line on the board right now with Aaron Rodgers and Co. a 4.5-point favorite. The Cheeseheads have dominated the recent rivalry winning eight of the last 10 outright and covering the closing number seven times.

All three games scheduled for Turkey Day have betting lines on the board at SugarHouse Sportsbook right now. The Bills and Detroit Lions kick off the festivities with Dan Campbell’s squad decided 10.5-point home underdogs. The afternoon game has the Cowboys 7-point favorites against the New York Giants, while the night cap finds the Minnesota Vikings laying 2.5-points to the New England Patriots. Will Bill Belichick have Mac Jones or Bailey Zappe under center for that one? Inquiring minds want to know!

The final game on the board with betting odds attached to it is the Christmas Day matchup between the Broncos and Rams from SoFi stadium with LA currently a short 2.5-point favorite. The number looks a bit light considering Wilson has managed just two wins the last nine times he ran up against Aaron Donald and his defensive mates. Another game that doesn’t have NFL odds attached to it goes in the Week 17 concluder that finds the Bills squaring off against the Cincinnati Bengals in the final MNF telecast of the season. Hopefully both teams have something to play for since it would be a shame to not get the best of what Allen and Joe Burrow bring to the table!