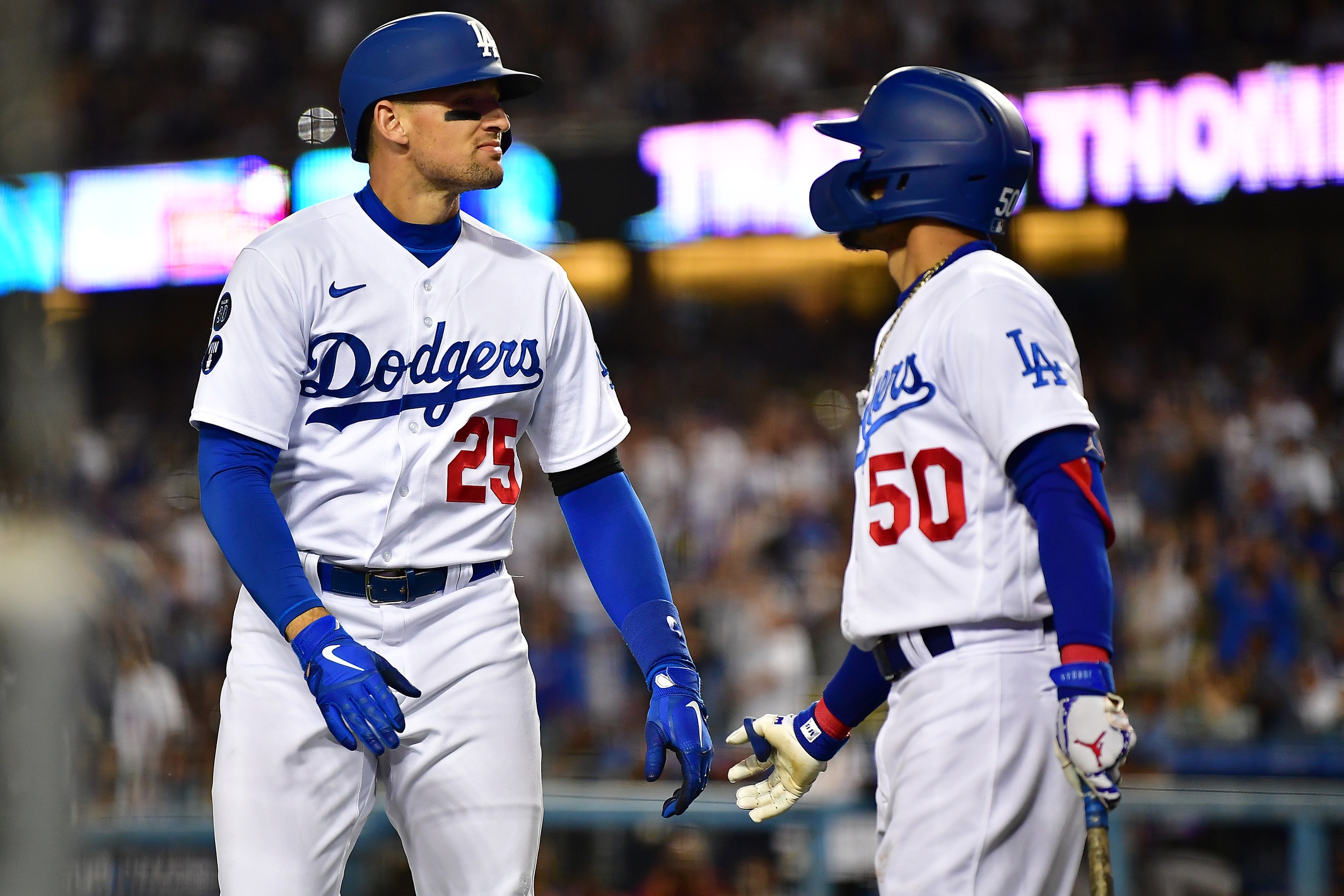 This is the first year of the expanded postseason, and the four teams with byes into the Divisional Round are the big favorites to win it all according to the World Series futures odds. The Los Angeles Dodgers have been the overall favorites since Spring Training, and the three other teams that are already in the Divisional Round were among the top contenders this offseason too. Interestingly enough, the New York Yankees have the longest odds to win it all among that group despite being 27-time World Champions. The Bronx Bombers haven’t won a World Series title since 2009, and they are easily the most flawed team among the four favorites.

We saw the Los Angeles Dodgers win 111 regular season games this year. The Dodgers did that despite dealing with the loss of Walker Buehler due to Tommy John surgery, as their young pitching staff stepped up in a big way. Tony Gonsolin went 16-1 as a starter with a 2.14 ERA and a 0.87 WHIP and Tyler Anderson posted a 15-5 mark with a 2.57 ERA and a 1.00 WHIP. Julio Urias and Clayton Kershaw give this team a strong foursome of starters, and this lineup is the best in baseball from 1 to 9.

The Houston Astros probably have the best value on the board among the favorites by the MLB betting odds. Houston has made it to the World Series in three of the last five years, and the Astros finished with the best record in the American League. Justin Verlander is expecting to win his third Cy Young Award after coming off a major surgery, Lance McCullers Jr. has been elite since returning from injury, and Framber Valdez set an MLB record for the most consecutive Quality Starts earlier this season. Only the Toronto Blue Jays might have a better 1-6 lineup in the AL, but the Blue Jays don’t have anything close to the pitching talent that Toronto boasts.

Atlanta was not expected to repeat as World Series champions, but the Braves have been one of the best teams in baseball since struggling for the first two months of the season. They have three elite pitchers in Max Fried, 20-game winner Kyle Wright, and flamethrowing rookie Spencer Strider, and there’s a lot to like with this lineup. Austin Riley was an NL MVP candidate for much of the season, and Dansby Swanson is posting career highs across the board in a contract year. Matt Olson has been a more than adequate replacement for the departed Freddie Freeman, and Michael Harris II is the odds-on favorite to be named NL Rookie of the Year. If Ronald Acuna Jr. can catch fire in the postseason, the Braves could win consecutive championships.

There is no value in the New York Yankees to win the World Series. Aaron Judge had a season for the ages, but there isn’t much else to talk about with this offense. The Yankees went 35-35 over the second half of the season, and the only other player with an OPS over .800 is Anthony Rizzo. Gerrit Cole was solid as the ace of the staff, but this is easily the weakest rotation of the four teams with a first-round bye.

One of the more intriguing teams to bet on is the Toronto Blue Jays. The pitching hasn’t been great this season with every starter struggling outside of Alek Manoah and Kevin Gausman struggling, but this offense can mash. Vladimir Guerrero Jr. is one of the best pure hitters in baseball, and Bo Bichette caught fire over the All-Star Brak.

The other Wild Card team to consider backing is the St. Louis Cardinals. The second-most successful team in the history of baseball has a ton of quality veterans led by NL MVP favorite Paul Goldschmidt. Albert Pujols has mashed since coming back to St. Louis, and Nolan Arenado has been excellent this season.