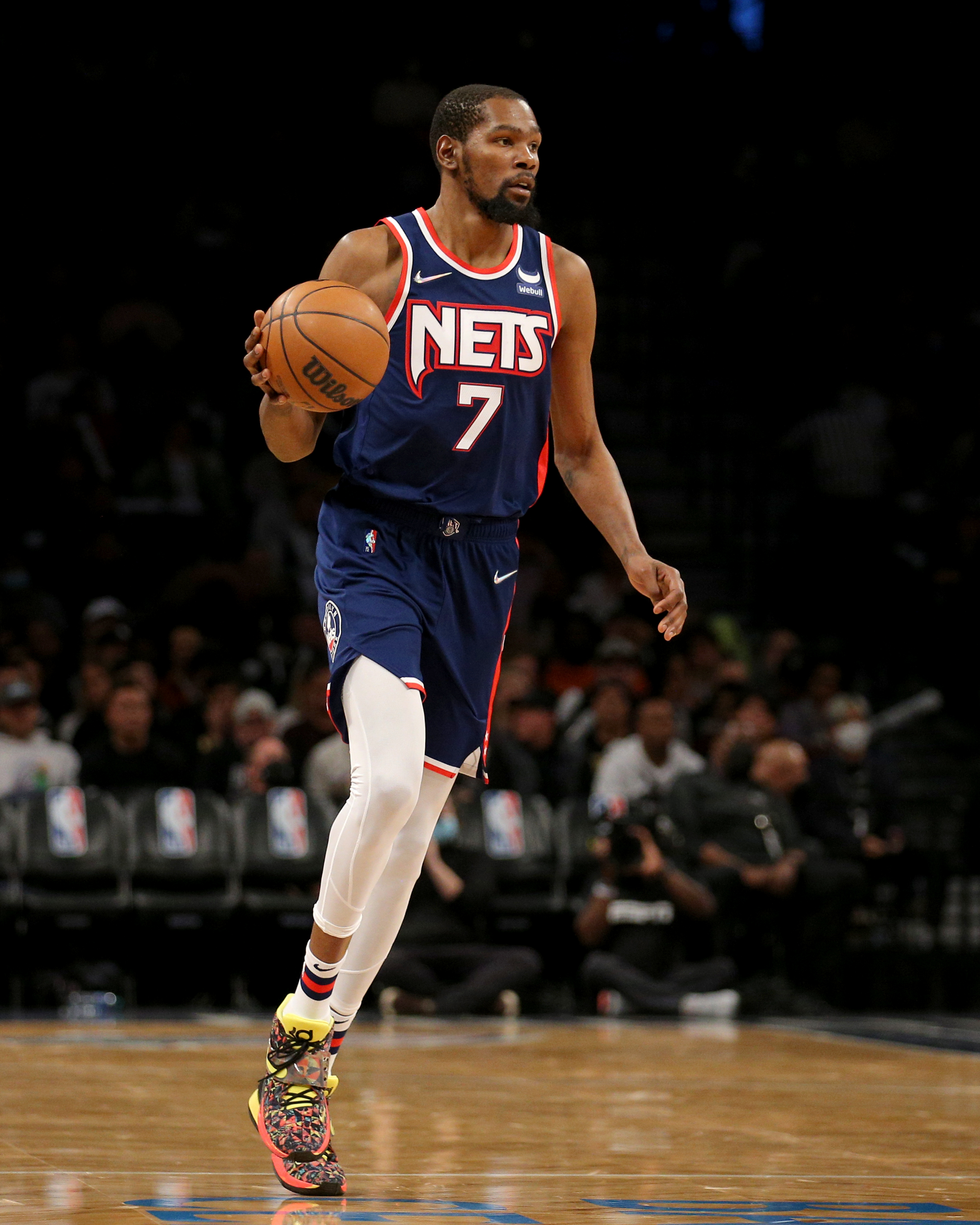 With another season of NBA basketball getting underway it’s time to pull out the crystal ball and make picks for which team survives the grind to capture the O’Brien Trophy. Any team that has LeBron James on its roster has to be considered and the Los Angeles Lakers are among the betting favorites once again. Leading the pack, though, is the Brooklyn Nets, who hopefully get a full and injury-free campaign from their superstars. In fact oddsmakers are counting on it positioning them as a +240 favorite.

It’s tough to repeat and that’s what the Milwaukee Bucks face heading into the new campaign. The defending champs are +812 on the odds board and one of three teams with shorter than 10/1 odds to emerge as NBA champions next year. There are some good teams out there and the Western Conference should be a dogfight with six of the top-eight favorites playing in the West.

The 2021-22 NBA season has a pre-COVID vibe to it making all basketball fans excited. Teams will play an 82-game schedule with fans allowed in arenas. The Lakers captured their 17th NBA title two seasons ago when the schedule was paused due to COVID then restarted a few months later in the Florida bubble. With a short off season and a reduced number of games the Bucks won their first title in 50 years capturing the 2021 championship.

The Nets could be without Kyrie Irving for some time, but that hasn’t affected their place in the NBA championship hierarchy. The big three is now the big two until Irving caves and gets the COVID jab. Kudos to him for standing up for what he believes, but there will come a time when that massive paycheck is missed. No worries though. The Nets nearly beat Milwaukee in the East final last season with Irving missing time and James Harden operating on a bad wheel. A healthy Harden for a full season and Kevin Durant is a nice one-two punch and one that most in the league will have a problem with.

Odds suggest a two-team race in the East with the Bucks the only other conference member among the top-eight favorites. They bring their championship roster back nearly intact with two-time MVP Giannis Antetokounmpo leading the way. Last we saw the Freak he was putting up ridiculous numbers in a dominating championship series win over Phoenix.

One club that’s lost some steam is the Philadelphia 76ers, who continue to deal with an uncomfortable situation caused by Ben Simmons. Joel Embiid remains the cornerstone of the franchise and that caused some of the friction. Simmons falling off a cliff with his play also didn’t help. Until that situation is resolved the Sixers will remain a mess.

Can the Atlanta Hawks build off their playoff run from last season? If you think Trae Young can carry the club to an NBA title the Hawks have plenty of value at +3450. That’s the same price as the Boston Celtics, who were a threat to not only win the East but collect another title just a few short years ago.

Out West we’ll some battles all season long just to reach the postseason. The Lakers are the top favorite in the conference with a rebuilt roster alongside LeBron and Anthony Davis. With those two missing a number of games down the stretch last season the Lakers dropped to the play-in and were eliminated in the first round by Phoenix. Adding Russell Westbrook and Carmelo Anthony among others gives them star attraction, but this is an aging and injury-prone group.

One big question is can the Phoenix Suns duplicate their run to the Finals? They took a big step in re-signing Chris Paul, but could be on the outs with Deandre Ayton. Still, this is a good team with young talent surrounding Paul and they posted the second-best record in the entire league leading to a nice playoff run. The team the Suns finished behind in the standings will look to get over the hump. The Utah Jazz had the best record in the league and aren’t receiving a lot of respect at +1200. That’s probable due to their early postseason flameouts.

There are several teams to ignore on this futures bet. Six teams have odds of 300/1 or longer and they are all going through a rebuild or simply don’t have the talent to compete. Don’t even bother throwing down on Cleveland, Minnesota, Sacramento, Oklahoma City, Orlando and Houston.

Odds are fluid for all futures bets and will change during the course of the season. Waiting to make a wager is beneficial sometimes, but as the season progresses the betting markets catch up.