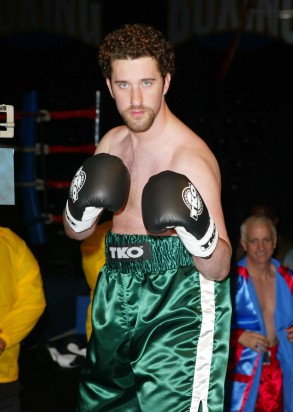 There have been several dozen celebrity boxing matches over the last three decades, but only a handful of fighters have been legitimately good in the ring. The most impressive celebrity boxers were covered in the first part of our top ten list, but these five celebrities weren’t slouches either and outperformed expectations when they put on the gloves.

A lot of the celebrities featured on FOX’s ill-fated Celebrity Boxing weren’t great, but Dustin Diamond was legitimately intimidating in the ring. Diamond was most well-known as Screech Powers from the Saved by the Bell franchise, and he was squaring off against Ron Palillo of Welcome Back, Kotter fame.

This was hailed as a battle of lovable nerds, but Diamond took his training very seriously. He trained with two different respected coaches in preparation for this bout, and he had a number of advantages. Diamond was just 25 years old while Palillo was 53 years old, and he was also several inches taller with a longer reach. That led to Diamond pummeling Palillo into a pulp. Diamond knocked down his opponent a handful of times before the fight was called midway through the second round.

Diamond took down Tiny the Bellkeeper of TNA Wrestling in less than a minute later that year despite wearing jeans and a t-shirt in the ring, and he also took part in minor wrestling promotions before tragically passing away at the age of 44 due to cancer in 2021.

British YouTube star AnEsonGib isn’t as big of a name as either of the Paul brothers, but he is a minor celebrity with nearly 2.4 million subscribers on YouTube. AnEsonGib has taken part in four boxing matches over the last four years, and he is a respectable 3-1 with all three of those wins coming against other internet stars in amateur competitions. He was impressive with a second round TKO of MaxPlays in February 2018, and he won a unanimous decision over Jay Swingler six months later. AnEsonGib was no match for Jake Paul in his lone professional bout, but he did win a unanimous decision against Tayler Holder last June.

Former NBA star Manute Bol was known for his size on the basketball court. He was the tallest player in NBA history when he made his debut in 1985, and he had a 10-year career as a center in the league. Bol wasn’t much of a scoring threat, averaging just 2.6 PPG while making 40.7% of his field goals, but he was a feared defender with 3.3 BPG and over 2,000 blocks over the course of his career.

In the second episode of Celebrity Boxing, Bol faced another 1980s sports star in William “Refrigerator” Perry. Perry was over 400 pounds, but Bol had no problem using his size and insane wingspan to score a unanimous decision victory over his opponent. Bol’s 102-inch reach allowed him to jab away at Perry while his opponent was unable to get inside, making anyone who placed boxing bets on the center an easy winner. To his credit, Bol donated all his proceeds to war-torn Sudan.

Another British YouTube star has been impressive whenever entering the ring too. KSI was one of the progenitors of this new era of celebrity boxing, and he knocked out Joe Weller less than 100 seconds into his first fight in February 2018. He went on to face Logan Paul in 2018 and 2019, and KSI was solid in both fights. The first bout between these two ended in a majority draw that some thought KSI won, and he upset the boxing betting odds by winning a narrow decision over Paul in the rematch. He has not entered the ring since that point though, and it looks like he won’t be taking part in any celebrity boxing matches in the future.

There has been a considerable amount of crossover between skateboarding and celebrity boxing over the years. Former skateboarder Jason Ellis has hosted a few fights between X-Games medalists at Ellismania, but Simon Woodstock was the one to start it all. Woodstock was involved in two celebrity boxing matches in the late 1990s, taking down singer Mike Muir at Action Sports in March 1996 and rapper Sticky Fingaz at MTV Sports & Entertainment Festival in November 1998. He lost to Jason Ellis at Ellismania in 2019, but he was nearly 50 years old at that point.